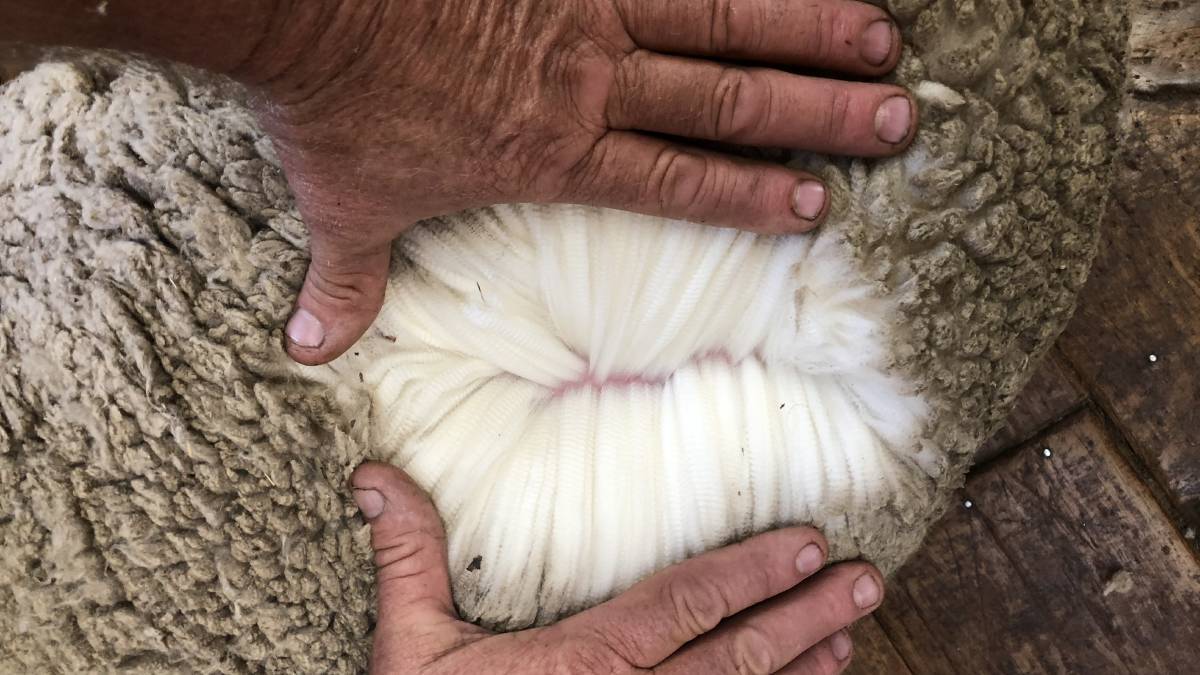 The Australian wool market has put on 99c in another positive week for sales.

The Australian wool market has put on 99c in another positive week for sales.

THE wool market in Australia had another really good crack last week and very nearly notched up a ton, falling just 1c short, with a 99c rise in AWEX's Eastern Market Indicator.

All Merino fleece types rose by more than a dollar, as did skirtings. Cardings performed well with increases of 50-70c, while the crossbred sector was a bit more restrained and overall managed a 20-30c jump.

With the 'risk off' mood sweeping the world's trading desks the Aussie dollar dropped significantly earlier in the week allowing exporter buyers to pin their ears back even further, turning a 50c market increase into $1.

The EMI rose by US53c, and also Euro54c as early stage processors and trading companies reached for the panic button, just to give it a little nudge, in case the market has really passed the bottom.

While nobody is convinced that demand has actually begun to improve from the retail or consumer end yet, with supplies remaining tight, and expectations of a price increase building, one person blinked, then everyone followed to get a few bales into their stores and not be left standing alone.

After the first auction day last week there was a flurry of activity as those who had sat back jumped on the bandwagon.

Even after the sale on Wednesday some overseas buyers were keen to mop up any stock lots available around the trade, although price increases were a little harder to come by as reality set in.

How this week pans out will be determined in part by sales activity over the weekend, and of course whether the risk-off mood still exists to keep the currency around the US70c level.

In the broader picture, demand hasn't come roaring back, but there are tentative signs that we will get something in the next month or three.

Intertextile Shanghai was held last week and it was a slightly more staid affair than usual with no foreign visitors and only foreign exhibitors with local staff being able to attend.

However, all the Chinese fabric producers were front and centre showing their new collections for autumn/winter 2021-22.

Inquiry was said to be 'good' with many requests for samples and prices.

However, it is much too early for actual orders to be placed as customers need to compare offerings, and ponder what will be in fashion next year - as well as sell product they have on the shelves at present.

Retailers, having endured a terrible six months are understandably cautious about launching into the next round of buying. - Bruce McLeish, Elders

Retailers, having endured a terrible six months are understandably cautious about launching into the next round of buying. They don't yet know how much of the current season's stock will walk out the door and into someone's wardrobe.

Chinese processors, right through from top makers, to spinners and weavers to garment makers are fighting among themselves for business in the domestic market at present, which in many cases is the only market operating near normal.

While it is a growing market as China's economy claws its way out of the COVID shutdown, it remains very competitive and price driven.

Thankfully the higher end consumer in China seems to be more willing and able to spend, having suffered less economic hardship than the lower paid rural migrant factory worker.

Nevertheless, Chinese manufacturers, whether they are producing woollen garments or widgets are looking wistfully at the blue-sky export markets and wondering when they will come back.

For the past decade, those in the wool industry who have expanded their business on the back of exporting to Europe and America having to suddenly turn back to the competitive domestic market has been a challenge which they didn't see coming, nor are they enjoying.

The recovery in price over the past three weeks has been welcomed by all, not least by Aussie growers, but as mentioned previously the journey to a full recovery will be bumpy.

There are some in the trade who think the market is a little overcooked, and there will be a correction this week.

Others think there may be a bit more upside as the wool market has just now shrugged off the ridiculous over reaction which drove prices down to 10 year lows.

While those in the middle are thinking that the market should more or less hold at current prices and drift sideways until we can get some better demand signals from the retail end.

With the Chinese 'Golden Week' holidays fast approaching many factories will shut down on October 1 and reopen again on October 8.

This has already been factored into inventory requirements, but more important will be the consumer activity in what is traditionally a big shopping event in China.

Hopefully the average, or well-heeled Chinese consumer feels confident enough to get out and spend prolifically during this time and we see garments running off the shelves.

Elsewhere the global recovery is lumpy and uneven.

Recent IHS Markit surveys of purchasing managers intentions (PMI's) showed that in the services sector in the US fell slightly, from a previous 17 month record high, but manufacturing was slightly higher than the previous month.

Similarly, in Europe, the services sector PMI was well down as fears of a second wave abound, but manufacturing PMI's rose above expectations.

Plotting the future course is going to be difficult, but at least there is now a general consensus among the trade that the wool industry is in a better place than it was a month ago.