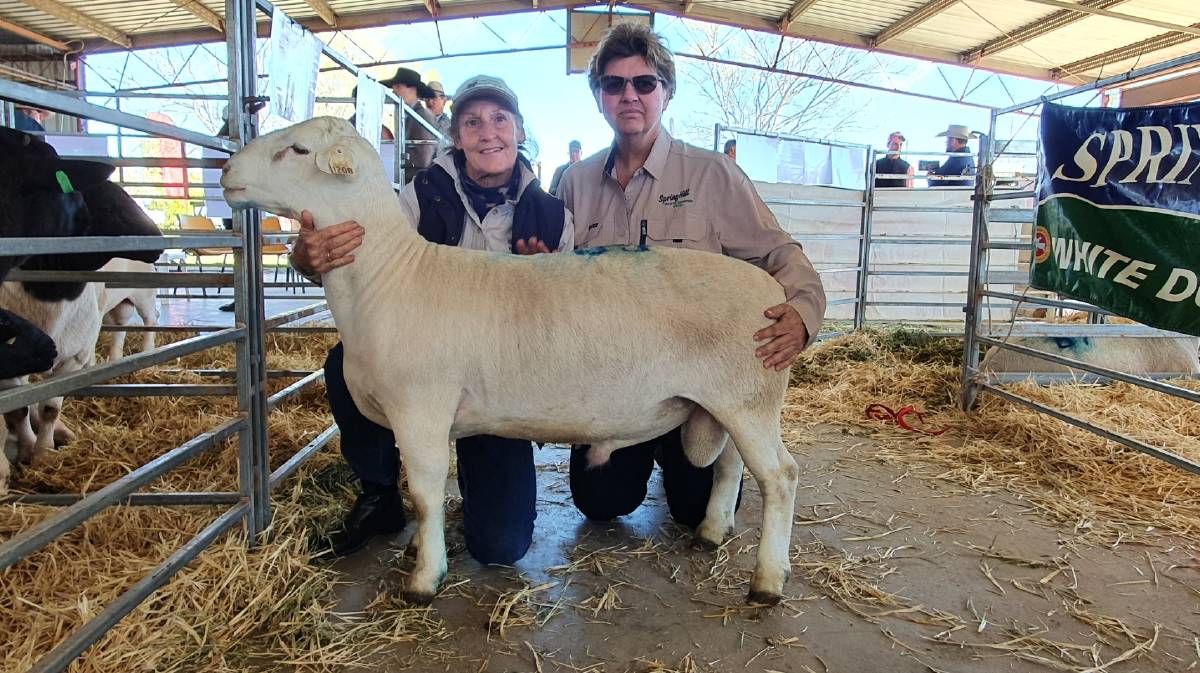 Elders St George penned a reduced yarding of 58 rams, with 56 going to new homes for a clearance rate of 96 per cent.

Elders St George penned a reduced yarding of 58 rams, with 56 going to new homes for a clearance rate of 96 per cent.

Justin and Lorroi Kirkby of Amarula Dorpers, NSW, achieved the top price with the sale of Amarula 198264, sired by Crusty (AI) (ET), to Henry Dorpers of Allora. 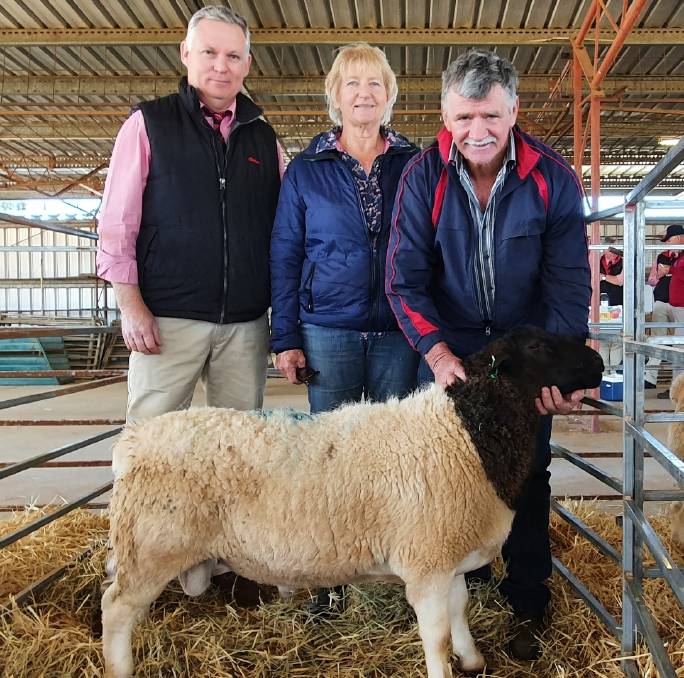 Elders agent Andrew Gaske with Barry and Janelle Henry, Henry Dorpers, and the top priced Dorper Ram that sold for $5000.

The second-top priced Dorper ram was offered by Paul and Melissa Southern and family of Boonoon, Thallon, and purchased by LG and LE Jukes and Sons, Tregoning, Morven, for $4500.

The Southern family also made the third-top price, when OJ and KL Betts, Bidderston, secured their new sire for $4200. 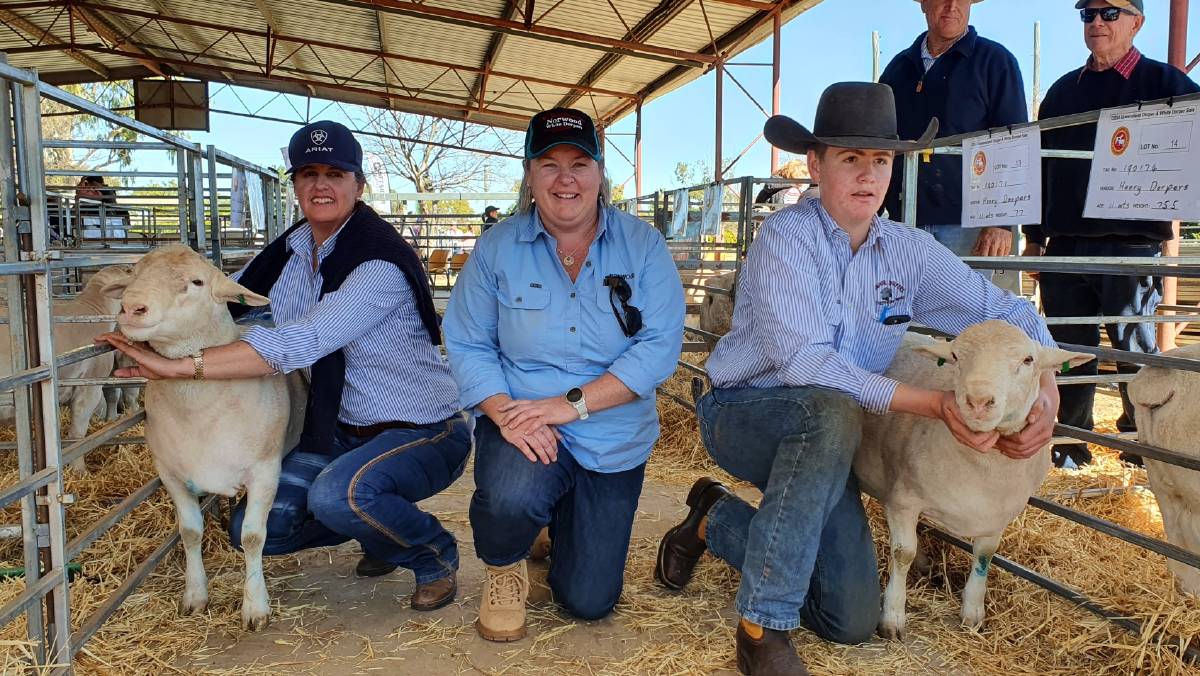 Top vendors of the sale were Justin and Lorroi Kirkby of Amarula Dorpers, who sold a total of 10 rams to average $3460.

The Southern family also sold 10 rams for an average of $3410, while Harold and Julie Swilks, Tinalong Dorpers, made an average of $2637 for their 10 rams.

Elders agent Peter Sealy said he felt it was going to be a good sale due to positive phone calls and strong inquiry but was totally surprised how strong the sale ended up.

"It was so good to have a very strong sale after a few tough years," he said.

There were over 45 bid cards registered and strong support from repeat buyers who have been buying from the sale for several years, hailing from Takura, Thallon, Surat, Texas, Roma and Morven.