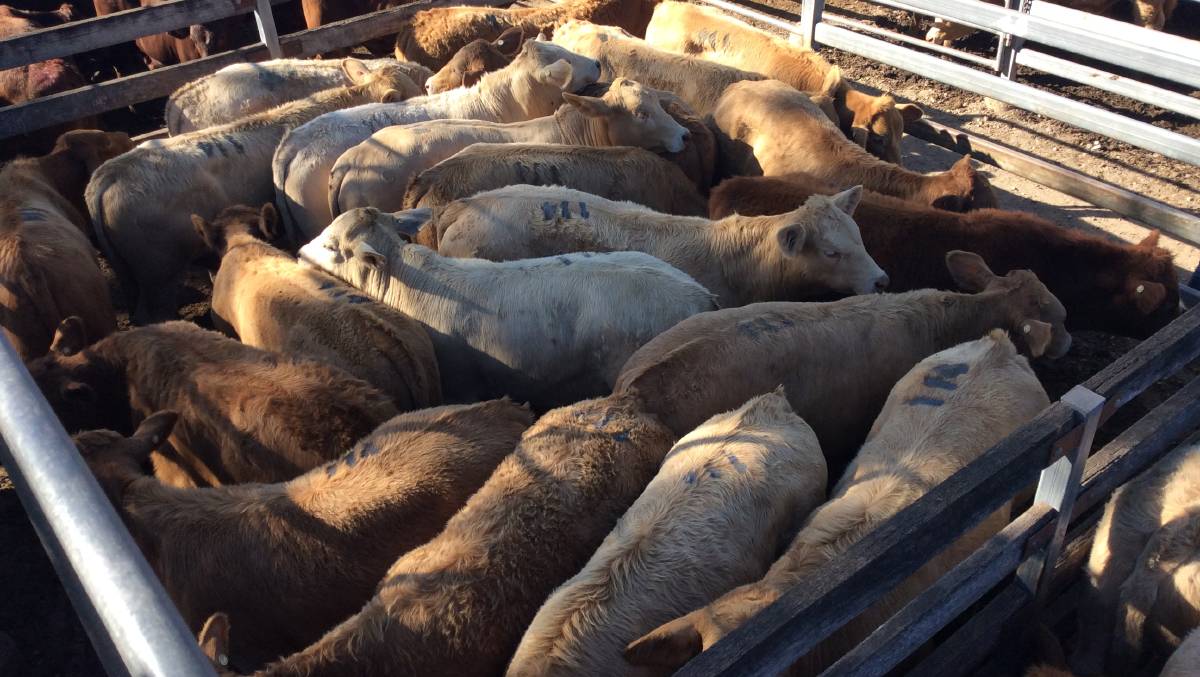 Charolais-cross weaners sold to a top of $1440 at Shepherdson and Boyd's annual Toogoolawah weaner sale.

The sale, which was also conducted online through Elite Livestock Auctions, saw buyers from throughout eastern Australia charge into the 5109 calves on offer. A total of 3850 head were presented clean of ticks for immediate movement.

Plenty of good judges around the yards estimated many of the steers were making better than $5/kg liveweight.

The top steers were came from Old Hidden Vale, Grandchester. The very well grown Charolais-cross, which were earlier judged the champion pen steers, sold for $1440 to Victorian buyers. 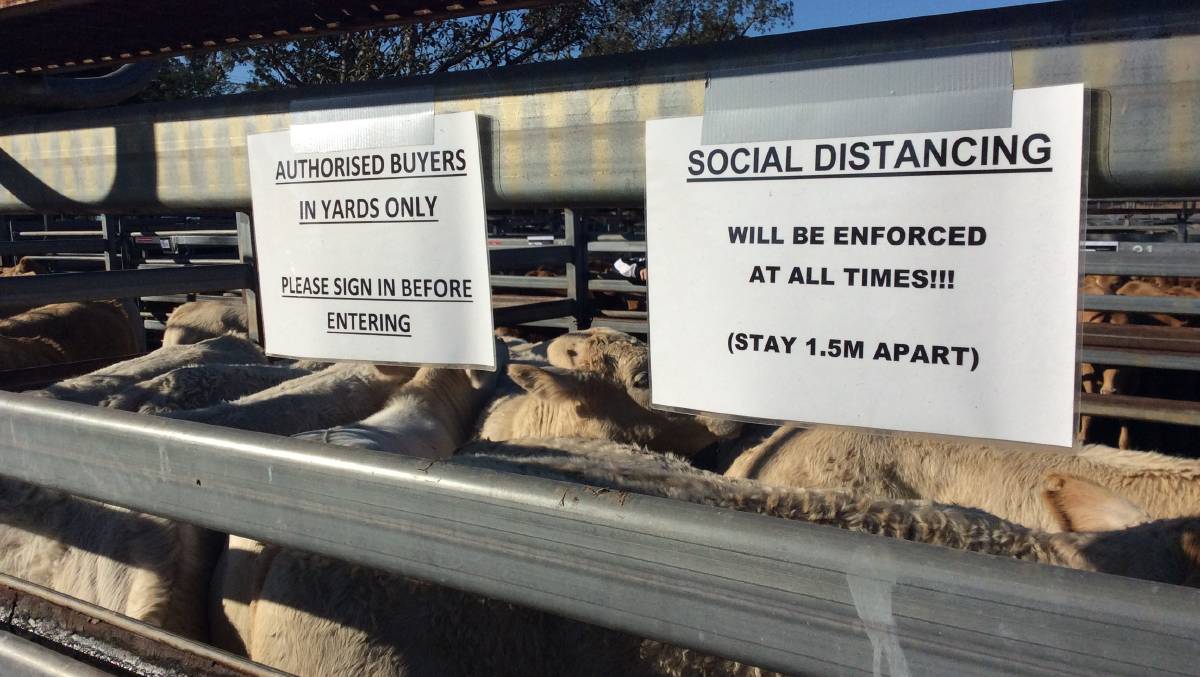 Signs of the time: COVID-19 restrictions.

A feature pen of young Speckle Park steers from Calcraigge, Eidsvold, made $1200. Colinton Station sold 113 Charolais-cross for an average $1109. Karreman Quarries sold excellent Santa cross steers for $1290 and Charolais cross for $1210. Charolais cross steer calves from the Estate of Doug Harvey made $1180. The heifer market rose to new heights with excellent demand from NSW and Victorian buyers. Lyndhust sold 160 Charbray cross heifers to $1250 to average $1055. Tandora had an excellent draft of 188 head, which averaged $1137. Colin and Sharon Henderson's heifers sold for $1110. Luck Farming's heifers realised $1060.