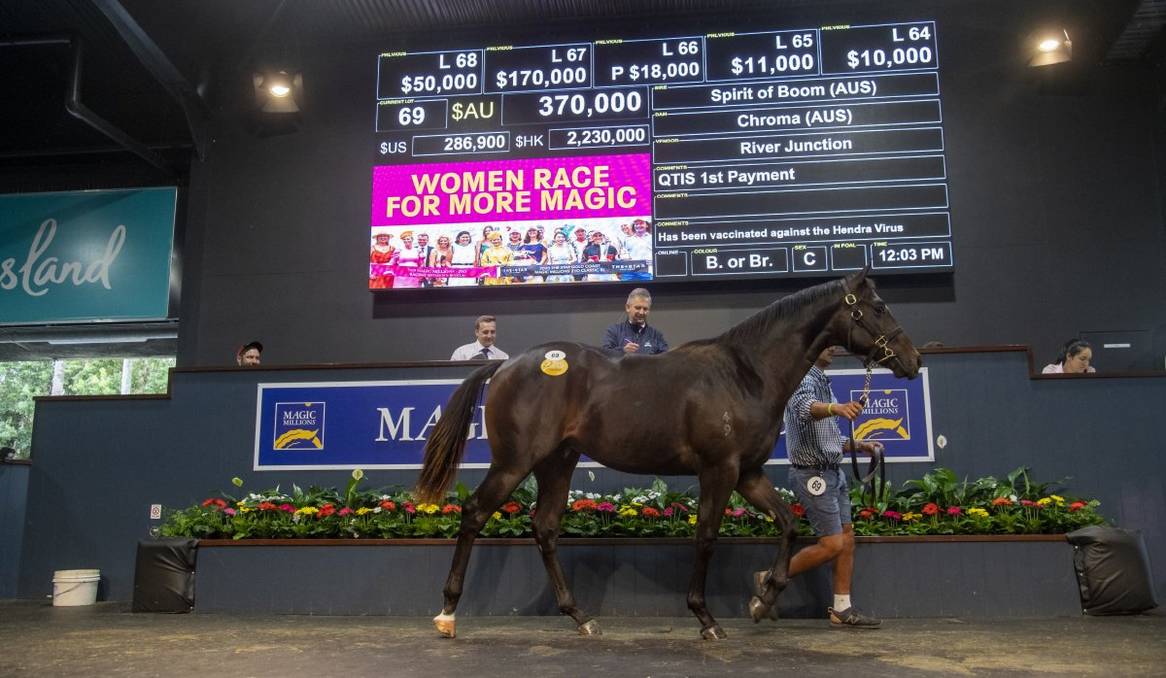 DEAR BOY: One of the higher priced lots at the March sale was the Spirit Of Boom-Chroma colt sold to Morrisey Racing for $370,000 from a draft presented by River Junction, Kybong.

WHEN the dust settled on the March yearling sales on the Gold Coast and youngsters headed to new homes, a record $14,462,500 had changed hands.

The confidence this instills in Queensland should help to take the industry here in the right direction and give breeders the opportunity to reinvest. - Magic Millions managing director Barry Bowditch

MM Managing Director Barry Bowditch rated it an outstanding result thanks to the "overwhelming" support of Queensland buyers.

"The confidence this instills in Queensland should help to take the industry here in the right direction and give breeders the opportunity to reinvest," he said.

Thoroughbred Breeders Queensland Association President Basil Nolan said the Jewel raceday, which featured events for two and three-year-olds worth $500,000 apiece and was linked to the sale, had risen to a new level.

"To have two-year-old and three-year-old races for half a million dollars is really competitive with racing in the southern states," he said.

"The whole confidence of Queensland (racing) has improved because of QTIS and the Gold Coast Turf Club has done a marvelous job in growing the Jewel Raceday and we're going to continue to grow it to be bigger and better."

Country buyers more than held their own against city and interstate interests.

The Rockhampton-based trainer Clinton Taylor was busy, signing for yearlings by Better Than Ready, Spirit Of Boom and Under The Louvre.

"We had a fair few orders to fill and did that and they've all been sold, so that's good," Taylor said.

"They look like they might be early runners, are all QTIS eligible and came at the right price.

"You had to pay a little more this year to get the quality ones and we're pretty happy. With the QTIS money that's available they're only one win away from repaying us, so on that basis I think we bought well.

"They're at the breakers as we speak and I train in the north of the state so the plan is to get them into the Breeders Plate up here towards the end of the year if possible."

All up Taylor spent $217,000 on his six purchases, the dearest of which was a $56,000 colt by Spirit Of Boom from Canny Lad's unraced daughter Olympique, a half-sister to the dam of Starspangledbanner and from the family of Elvstroem and Haradasun.

Another Central Queenslander John Wigginton paid an average of $25,833 to buy offspring of Dream Ahead, Mikki Isle and Rubick.

Mackay-based Janel Ryan went to $20,000 for the Heroic Valour-Lucia filly from Raheen Stud.

Trainer Jared Wehlow was patience personified waiting until the penultimate lot (418) to splash out on the Better Than Ready colt from Oakwood Farm, Haigslea.

He paid $40,000 for the colt which is the sixth living foal of the four-times winning Catbird (Golden Slipper Stakes) matron Wonderful Lass and is a half-brother to the winners Snapchat Girl and Mosuo.

The next sale at the MM complex on the Gold Coast will get under way on May 20 when the National Weanling Sale opens for an eight-day selling extravaganza. 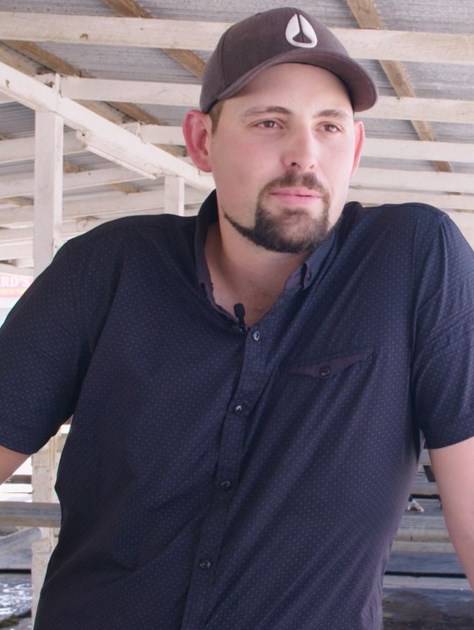