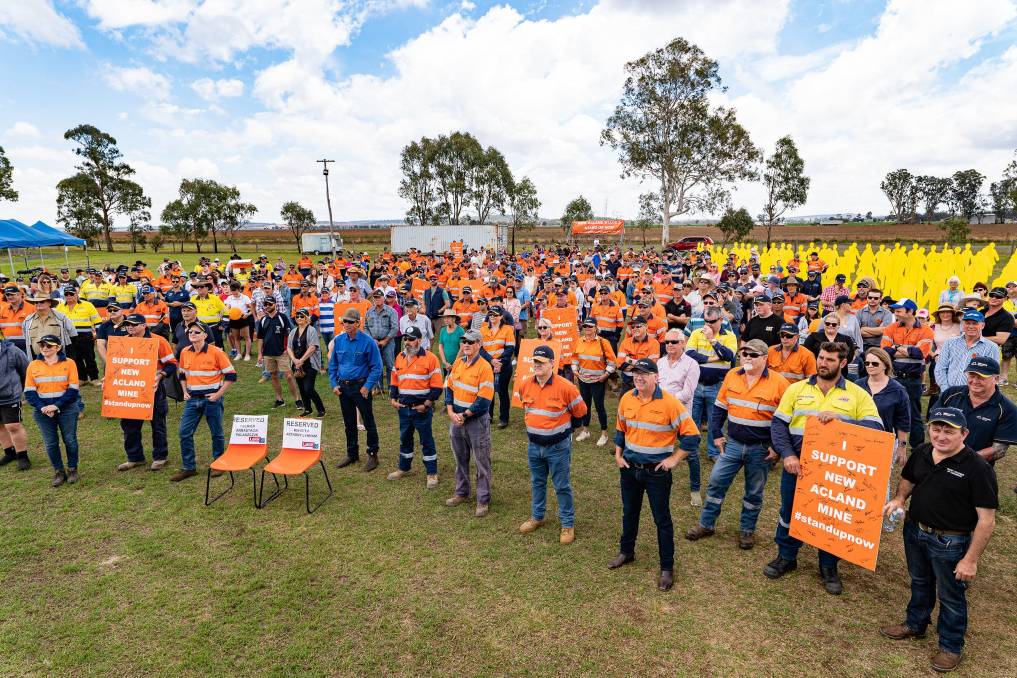 SEA OF ORANGE: More than 400 Oakey residents rallied in support for the New Acland Mine Stage 3 expansion to be approved on Sunday.

Darling Downs residents turned out in droves to support the expansion of the New Acland coal mine at the weekend.

DARLING Downs residents turned out in droves to support the expansion of the New Acland coal mine at the weekend.

About 400 people who turned up to the rally called for the state government to immediately approve the stage three expansion which would secure 500 jobs in the region.

He demanded the state government approve the New Acland mine, which has been tied up in legal proceedings for a decade.

"It makes no sense that the Queensland Labor government won't actually pick up a pen and approve the New Acland mine and guarantee these 500 jobs," Mr Canavan said.

"If we don't have jobs and industries like coal and farming, Toowoomba won't have as many jobs either because of the coffee shops, the petrol stations or hotels, they rely on these primary industries like mining and agriculture to be full to have customers, and to have jobs for the whole community." 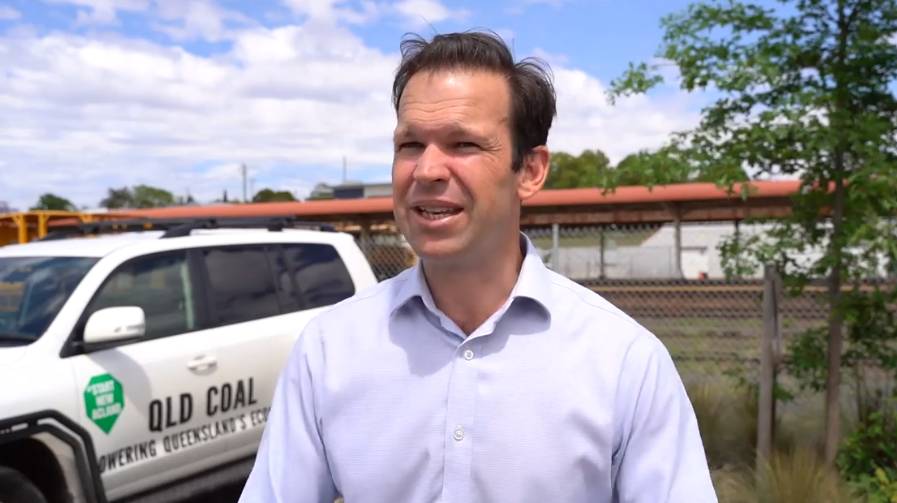 Queensland Senator Matt Canavan spoke to members from the Oakey community in support of the Stage 3 mine expansion.

"The government's position on the New Acland coal mine expansion has been consistent since our commitment before the 2017 election - to accept the decision of the courts," Dr Lynham said.

But Darling Downs farmers have criticised coal mining company New Hope as the battle over the expansion reached the High Court in early October.

They argue the expansion would destroy prime agricultural land and drain groundwater. 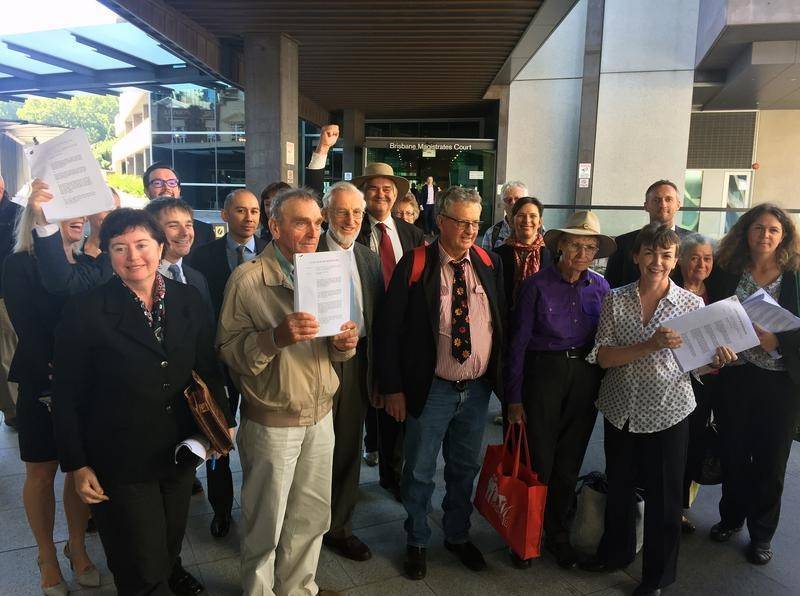 Oakey graziers behind the Oakey Coal Action Alliance say they'll continue battling the mine's plans, which they fear could deplete or contaminate underground water supplies in the area.

Oakey Coal Action Alliance president Aileen Harrison, who runs a herd of about 400 alpacas for wool, is concerned about possible water draw downs if the mine expansion were to proceed.

"We have only one bore for our stock and it's the only water we have for everything," Ms Harrison said.

"If New Acland Stage 3 goes ahead, it will mean we can't have stock any more and we will be left with a barren property."

Dairy farmer David Vonhoff said New Acland Stage 3 would affect the water table and effectively the nearby farms who rely on it.

"There are three things I'm concerned about: the underground water, the mining of prime agricultural land, and the mine which produces coal which will contribute to climate change and climate change will affect everybody on this planet," Mr Vonhoff said.

Lock the Gate Alliance spokeswoman Ellie Smith said New Hope had pulled out all stops to pressure the government to wave the approval through.

"We commend the Queensland Palaszczuk Government for standing firm in the face of this pressure and allowing the High Court to consider this matter properly before any further decisions are made by governments," Ms Smith said.

"Above all the community of Oakey must be commended for standing up to this corporate bully and fighting for the preservation of some of the best farming country in Queensland, and the underground water that sustains the farms and communities."