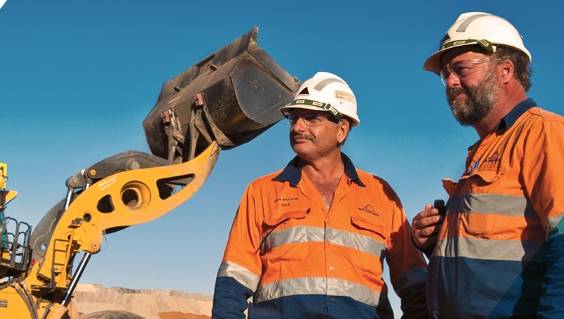 The High Court has reserved its decision on the New Acland Stage 3 coal mine.

The High Court has reserved its decision on the New Acland Stage 3 coal mine.

THE High Court has reserved its decision on the New Acland Stage 3 coal mine north of Oakey.

The High Court is ruling on an appeal from the Oakey Coal Action Alliance on a Queensland Court of Appeal decision in 2019.

New Hope Group chief operating officer Andrew Boyd said it was not known when the High Court decision would be handed down.

Opponents of the mine say Stage Three will destroy both underground water resources and prime agricultural land.

However, the claims are seemingly at odds with the track record of mined land being rehabilitated and the development of a 4000 head cattle operation at the New Hope Group owned property.

Mr Boyd said regardless of the timing of the High Court decision, Premier Annastacia Palaszczuk had proven the approvals process was not tied to court proceedings.

"The Olive Downs project is subject to a judicial review in the Supreme Court and yet the Premier proclaimed it good to go.

"This is great news for Olive Downs and also means the Minister is able to make a decision on New Acland Stage 3."

Mr Boyd said he invited Ms Palaszczuk and her ministers to visit New Acland to give the New Acland workforce and the local community the news it had been waiting on, for the past 13 years.

He said New Acland Stage 3 would create 487 new jobs within 18 months of approvals. It would also provide more than $7 billion in economic benefit to Queensland.

Prior to today's developments, Lock the Gate Alliance spokesperson Ellie Smith said New Hope has pulled out all stops to pressure the government to wave the approval through.

"We commend the Queensland Palaszczuk Government for standing firm in the face of this pressure and allowing the High Court to consider this matter properly before any further decisions are made by governments," Ms Smith said.

Opposition Leader Deb Frecklington said the mine will be approved if the LNP wins government on October 31.

Sponsored by
Australia is moving at its own pace in terms of cannabis legislation, and growers, economists and policy analysers say that is probably for the best.
Test
Federal Drought Minister David Littleproud has confirmed the government was open to the former Longreach Pastoral College becoming part of a university hub and spoke model to deliver research and training via the Future Drought Fund drought resilience scheme.
Test
Ride for Baz's Evie a way to give back to a 'local hero'.
Test
The man is in a stable condition after colliding with a barbed wire fence.
Test
The new MLA funded survey reveals environment plays a big role when it comes to mulesing debate.
Test
The La Nina is starting to deliver for communities from North Queensland to the Darling Downs.
Test
The state government is offering different discounts on irrigation water charges to different commodities.
Test
There was a yarding of 2017 cattle at Roma on Tuesday.
Test