Western Queensland retailer, Tambo Teddies, is this week celebrating the news that it has become a Woolmark brand licencee. 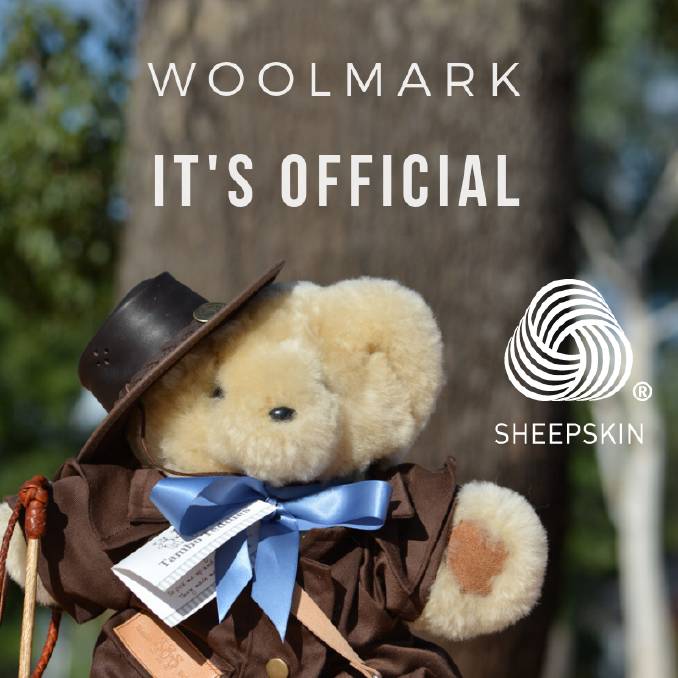 How the Tambo Teddies have announced their latest piece of good news.

Exclusive: Western Queensland retailer, Tambo Teddies, is this week celebrating the news that it has become a Woolmark brand licencee.

One of the world’s best-known textile quality fibre brands, the Woolmark label has been providing consumers in the apparel, interior textile and home laundry sectors with assurances of quality and guaranteed fibre content since 1964.

Tambo Teddies co-owner, Alison Shaw, said the Woolmark brand was a symbol of quality and their sheepskin certification would emphasise the quality of the product the business celebrating its 25th anniversary this year, offered.

“This is something the original owners, Charm Ryrie, Helen Sargood and Mary Sutherland, pushed for in the early days of the business so this is really exciting,” she said.

“Tambo Teddies came about from wanting to support the wool industry and those initial goals of the business underpin everything we do,” she said.

The announcement and the length of time it took to be granted is ironic, considering that when the business first asked to use the Woolmark label, the bears were stuffed with a wool blend from Victoria.

These days it’s recycled plastic bottles sourced from China that fill the bears’ tummies and legs.

Writing in a blog on the Tambo Teddies webpage earlier this year, Alison commented that the body responsible for the promotion of wool in the 1990s, Australian Wool Research and Promotion, considered that the Woolmark had a vital role in generating demand for quality woollen clothing and other products, and if it was extended to ‘certain other items’ it would risk devaluing the symbol.

“Yes, the ‘certain other items’ included our beautiful Tambo Teddy bears,” she said. “An AWRAP spokesperson was quoted as saying, ‘if someone was to look at purchasing a $700 suit with the Woolmark and also saw the same symbol on a teddy bear, it could create an adverse impression’.”

A petition with over 3000 signatures failed to move the Australian Wool Corporation, even at a time when there was a massive wool stockpile, growers were being levied 25 per cent, and AWC research showed the fibre’s image needed an update to appeal to an under-35s market. The longevity of the western Queensland business using Australian sheepskin, and the quality of the product were what Alison put the eventual thumbs up by The Woolmark Company down to.

It’s an opinion underpinned by public and royal approval – Alison and co-owner Tammy Johnson have been “flat out” keeping up with demand, much of which grew from the excitement generated when a Tambo Teddy was chosen by the Queensland government in October as its gift to Prince Harry and the Duchess of Sussex’s first child, due in April 2019.

“It’s a great problem to have,” Alison said of the orders coming in.

She added that having the Woolmark licence would help greatly when they branched out overseas, expected in 2019.

Expansion plans include setting up a regional sewing hub in Toowoomba, employing migrants resettled in the area, with the bears returning to Tambo for distribution.

“It’s a really nice synergy for us,” Alison said. “These people have come from adversity, like our business, and they have the skills we need.”

The business has two sewers in Tambo but was unable to source more locally, despite hosting a sewing workshop last year.

It attracted six people, Alison said, with three taking a machine, but only one remaining.

“Having machines here, there and everywhere was unwieldy anyway,” she said. “A hub is a better business model, and it still retains the handsewn appeal.”

Tambo Teddies has been an Australian Made licensee for some years.