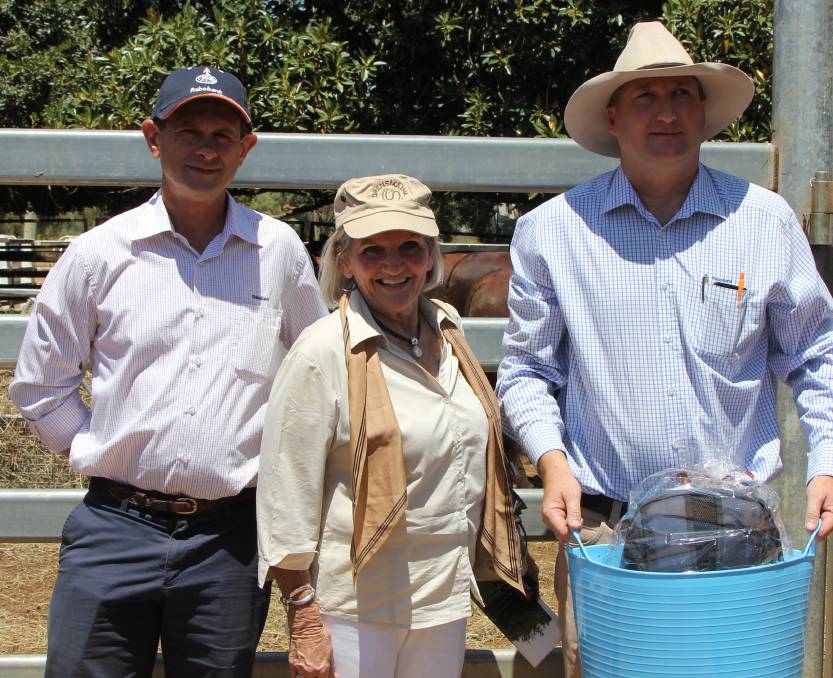 Western Queensland is in mourning with news of the passing of one of its favourite daughters, the late Helen Sargood, Dresmaine Santa Gertrudis Stud, Tambo.

A much loved and larger than life personality, she will fondly be remembered in the region for her many quality attributes.

Among her passions were her involvement in the Santa Gertrudis breed, her great horse skills, community work and the establishment of the highly successful Tambo Teddies.

Mrs Sargood’s cousin, Ian Walker, Strathmore Santa Gertrudis Stud, Blackall, said she was definitely much loved by both her family and community and would often called a spade a spade.

“You always knew where you stood with Helen, and she also believed that everyone should be treated fairly and equal,” Ian said.

“She was a very capable with horses, both in the show ring and on the polocrosse field, and a great cattle woman.

“Together with her husband Len, known to all as Punch, the Sargoods worked hard to make Dresmaine Stud one of the most respected smaller and successful studs in Queensland.”

Mrs Sargood was heavily involved in the Barcoo Breeders Santa sale, both as an organiser and a vendor for many years.

She was born Helen Walker, to the late Alex and Jean Walker, who owned Northampton Downs at Blackall.

Her love of Santa Gertrudis cattle was instilled into her as a child, when her father bought bulls from the inaugural King Ranch Australia sale in 1955.

Mrs Sargood, along with good friends Charm Ryrie and Mary Sutherland, established the Tambo Teddies 25 years ago, before selling out their interests in the late 1990s.

Mrs Ryrie remembers her as a wonderfully gifted artist.

“She was a hard worker and had great enthusiasm, and was very clever,” Mrs Ryrie said.

“Helen was so artistically gifted. She would create the expressions on the bears’ faces and they would be named accordingly.

“Helen certainly contributed enormously to the success of the Tambo Teddies, and it is great to see it continue as the outback Teddy capital of Australia.”

George Johnston, who lived next door at Westquarter, Tambo  for almost 30 years, remembers Mrs Sargood as a kind, loving, helpful friend and neighbour.

A service will be held in the  memory of Helen Sargood at the Tambo Shire Hall, on Friday, February 16, at 10 am.