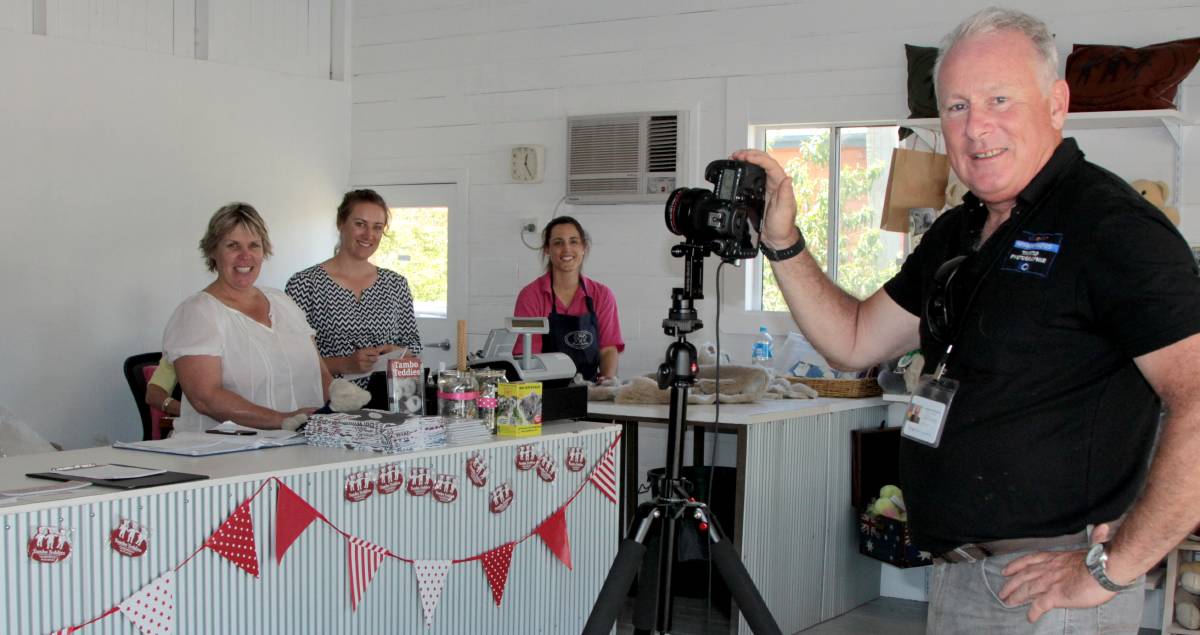 Their outstanding use of the internet to grow their business and reach new customers, and give back to the community in the process, has seen the Tambo Teddies named as the winner of Australia’s Regional Online Hero competition, from a pool of 170 entrants.

Their outstanding use of the internet to grow their business and reach new customers, and give back to the community in the process, has seen the Tambo Teddies named as the winner of Australia’s Regional Online Hero competition, from a pool of 170 entrants.

Regional Australia Institute CEO Jack Archer told the Sydney audience at the announcement that the team of Alison Shaw, Tammy Johnson and Kiralee Fox took over the business in 2014 when it essentially had no online presence, but had built a digital strategy that had boosted sales, reach and staff, which was recognised as worthy of the national title.

“All of these businesses are helping to show Australia that online has the potential to be a new ball game for regional and remote businesses to find their niche and attract national and international customers,” Mr Archer said.

Deputy Prime Minister Warren Truss said at the time of their announcement as finalists, that the Tambo Teddies was “a remarkable venture and is testament to the innovation and creativity to those living outside metropolitan Australia”.

“By utilising product that may otherwise be sold at a loss, Ms Shaw and her colleagues have created a wonderful tribute to the Australian wool industry.” 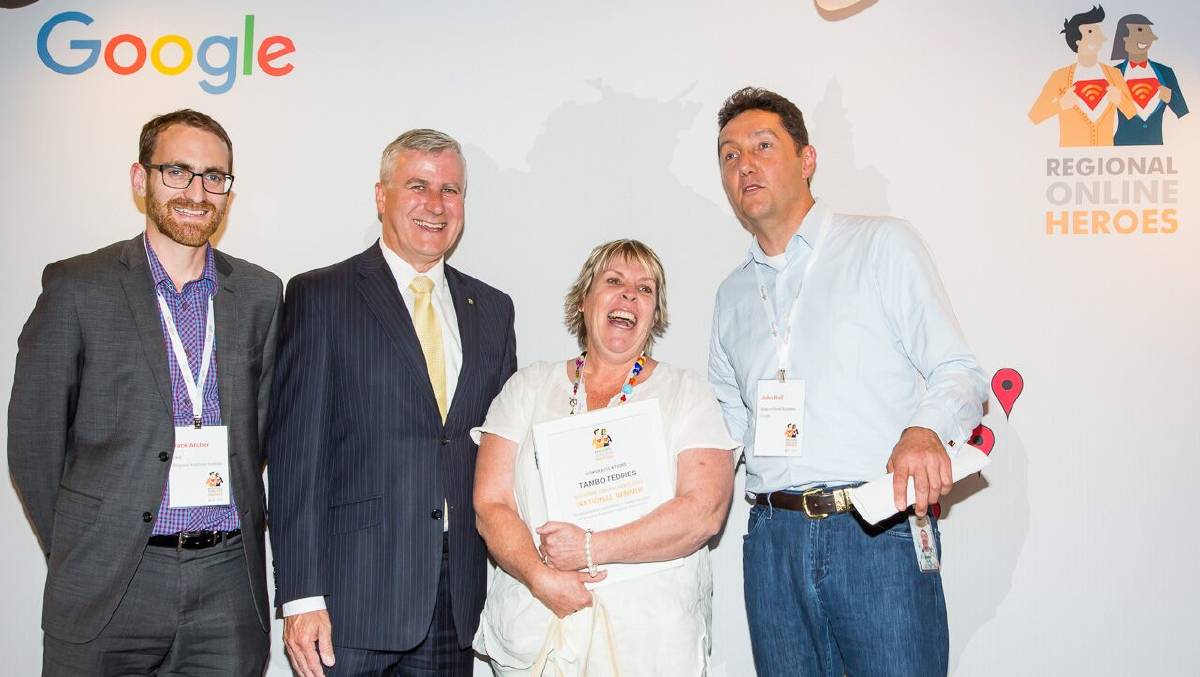 On top of the world: Alison Shaw couldn't believe her ears when the Tambo Teddies were announced as the national winners of the Regional Online Heroes competition.

Alison admitted to being “gobsmacked” at the win, saying that as a really small business, they didn’t think they would be recognised as a leader.

“It’s given us a massive boost. Working a manufacturing business out of a town of 400 people has proven that our small business can reach beyond that and grow.”

Tambo Teddies was born in another drought, in 1992, by local women looking to provide employment and an alternate business opportunity, and to showcase the wool the district is renowned for growing.

Opening the shop’s virtual “front door” by improving the website was the first thing the girls did when they took over, which has seen employee numbers grow from two to five full time equivalents.

“We’ve increased our revenue 48 per cent in 18 months, and while wages have gone up, as a percentage of revenue, they’ve decreased,” Alison said. 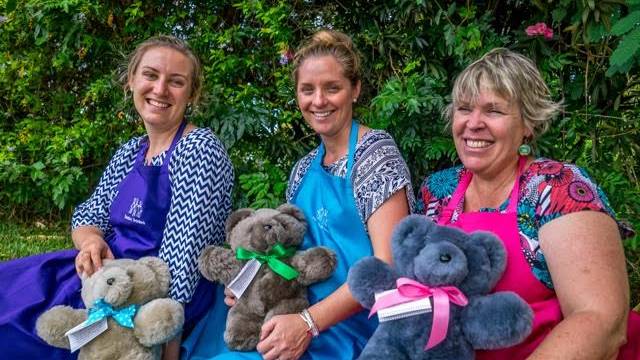 Part of the prize was a Google 360 business treatment, which allows potential customers to zoom into the shop and explore its content in depth.

“Australia has the challenge of distance but this overcomes that. They’re mad for it in Europe and the US.”

“We’re being held up as an example but it brings a responsibility too,” Alison said. “It would be great to see other innovative ideas of what could be manufactured in the outback. 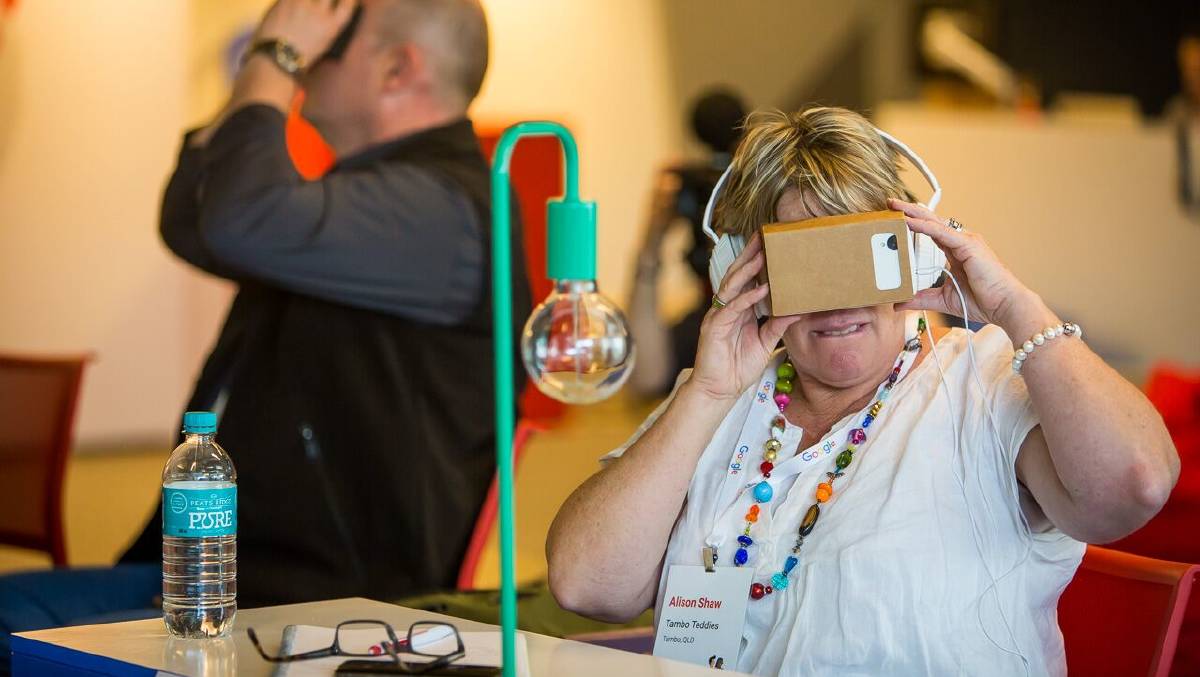 Virtual reality: Alison Shaw trying out a Google Cardboard viewer that split her smartphone display to give her access to a 3D electronic entertainment experience.

A “money-can’t-buy” masterclass at Google headquarters in Sydney was one of the rewards for being a finalist in the Regional Australia Institute’s Online Heroes competition.

It exposed participants to a range of new digital tools and methods to help grow their businesses and Alison Shaw said the one-on-one session was exceptionally valuable.

“The Tambo Teddies website and digital channels were examined and I returned with a raft of ideas to implement,” she said. 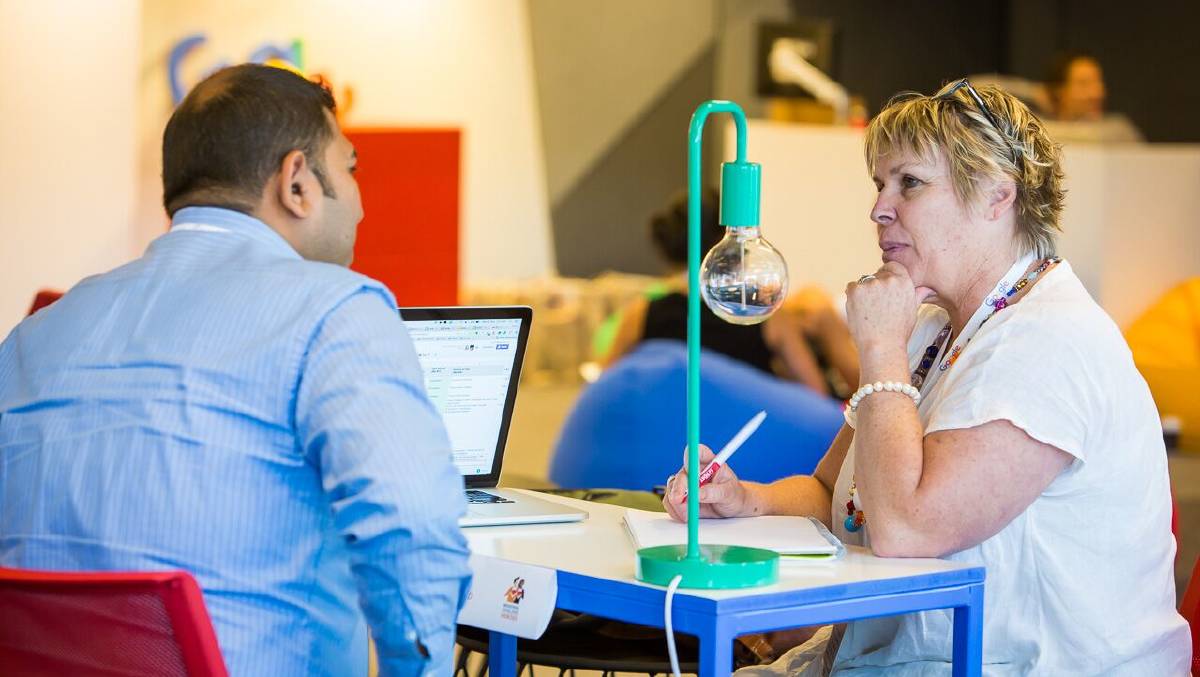 World class: Part of the Tambo Teddies national prize included a Google masterclass on industry-leading practices and technology, including Optimising a Mobile Site, and Google AdWords.

Since taking over the business 18 months ago, Alison and fellow owners Tammy Johnson and Kiralee Fox have operated with the premise that the world is their audience, not just the people driving through Tambo, and the Google analytics showed their “bounce rate” was not high, meaning people were engaging with the website content.

“We now need to convert that into sales,” Alison said.

One of the things in their favour has been the whole Teddy story, of coming from adversity from a small town in rural Australia. Alison said it was popular both on the website and face to face.

They are still working on building their external stockists in other states though, saying there is nothing like stroking a cuddly bear to clinch a sale.