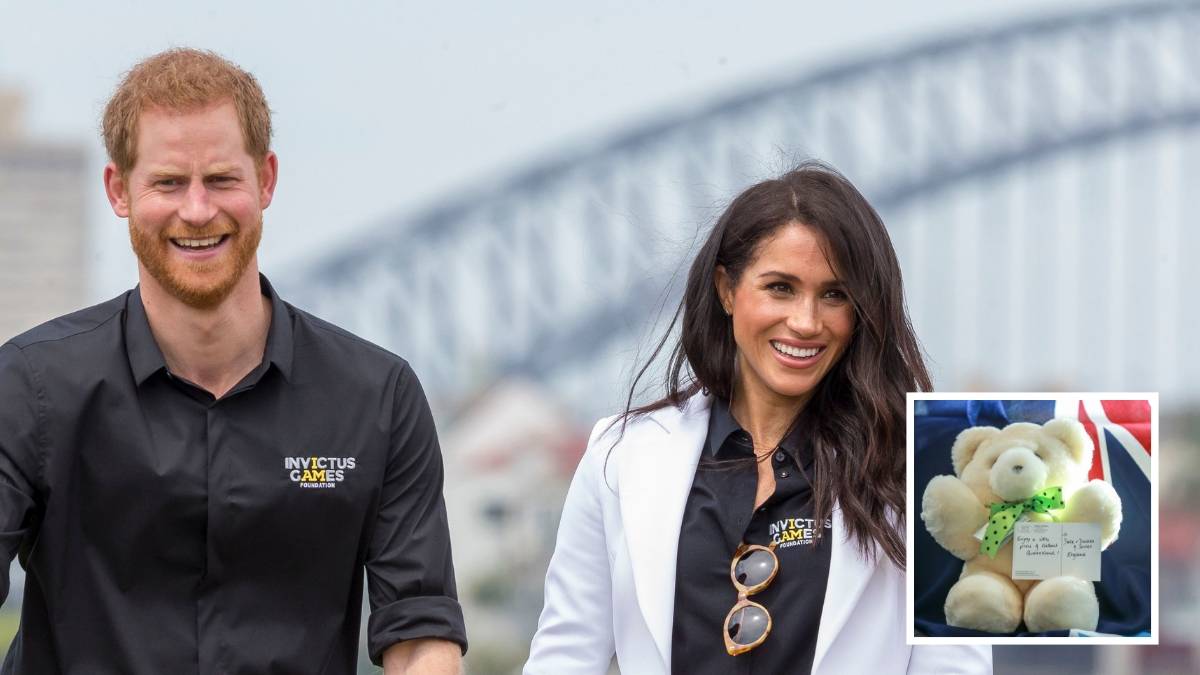 Their Royal Highnesses, the Duke and Duchess of Sussex, at an event in Sydney. Photo: AAP

Tambo’s instantly recognisable wool tourism product, Tambo Teddies has been chosen for a second time as the supplier of Queensland’s gift to a royal baby.

Tambo’s instantly recognisable wool tourism product, Tambo Teddies has been chosen for a second time as the supplier of Queensland’s gift to a royal baby.

Stirling Downs Sussex, a classic pristine white bear, is today being presented by Premier Annastacia Palaszczuk to Prince Harry and the Duchess of Sussex for their first child expected next April, when she joins them on their official visit to Fraser Island.

The official gift for the new royal baby continues the company’s teddy tradition – Prince George, the first son of Prince William and the Duchess of Cambridge, was presented with a Tambo Teddy Stockman-style bear, Baneda Bob, as Queensland’s gift in 2014.

Unofficially, the company nestled in the heart of central west Queensland’s wool producing district also made a gift of Shady Downs Charlotte to Will and Kate’s second child, Princess Charlotte, while Prince Christian, the future king of Denmark, was the recipient of Tambo Station Donaldson when he was born in 2005, the gift of the National Party in Queensland, given after an official state gift was ruled out.

Tambo Teddies co-owner, Alison Shaw, said they had been amazed to have been chosen as the provider of a royal baby gift for the second time.

“We were not expecting it to happen again,” she said. “I think it’s a combination of things – they’re from the outback, they’re a quality product, they’re handmade, and the outback is very topical at the moment, with the drought.” 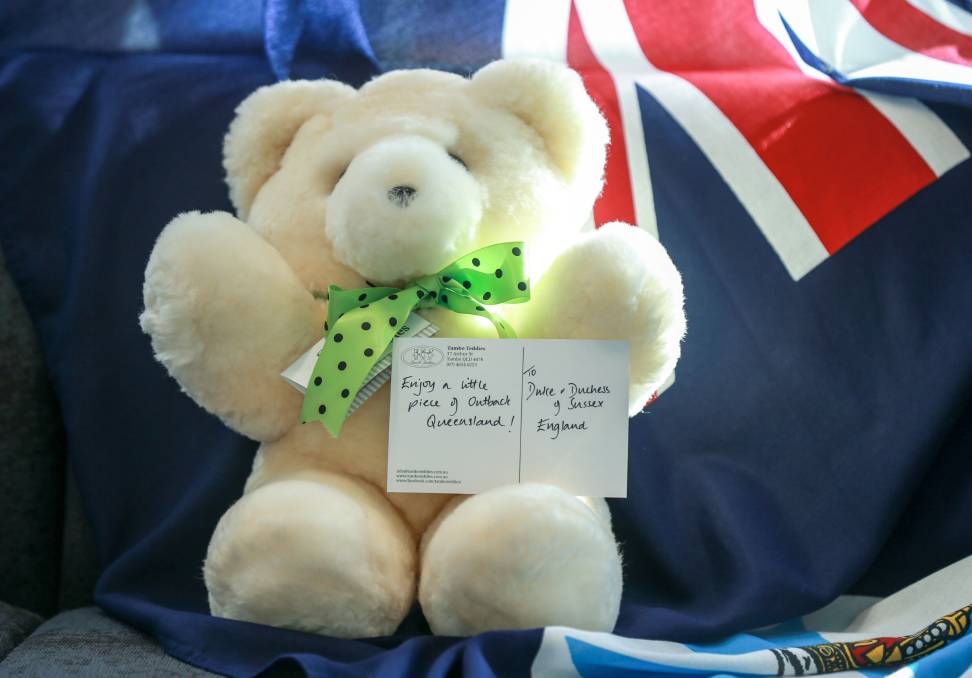 Tambo Teddy, Stirling Downs Sussex, will be heading to the UK with the Duke and Duchess of Sussex.

It was a point also made by Premier Palaszczuk, who said giving Harry and Meghan a Tambo Teddy was a reminder of the importance of Queensland’s wool industry and how much the western parts of Queensland had suffered from years of unrelenting drought.

“Tambo Teddies are also proof positive of the resilience of Queenslanders and how they overcome tough times backing themselves and an Australian-made product,” she said.

The cottage industry was born in a drought 25 years ago, as an economic diversification and employment opportunity, using 100 per cent woollen sheepskin.

Ms Shaw said the announcement of the baby gift had had an instant impact on order numbers, which had “gone through the roof” over the weekend.

It follows an encouraging 2017, when orders increased by 25pc, and Ms Shaw said that trend had continued on into this year.