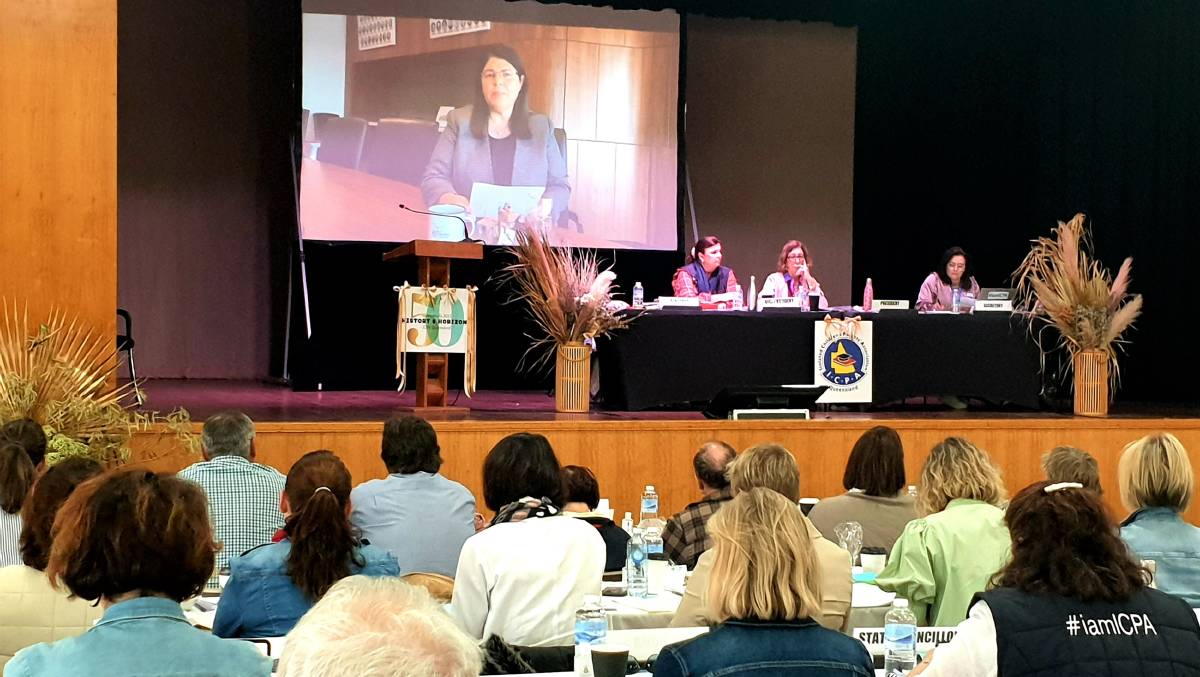 An Education Department strategic plan that includes references to ensuring a sustainable racing industry for Queensland are among the reasons prompting the Isolated Children's Parents' Association to call for education to be made a standalone ministerial portfolio.

An Education Department strategic plan that includes references to ensuring a sustainable racing industry for Queensland are among the reasons prompting the Isolated Children's Parents' Association to call for education to be made a standalone ministerial portfolio.

Current Education Minister Grace Grace is also the Minister for Industrial Relations and the Minister for Racing, and was conspicuous by her absence at the milestone 50th anniversary conference for the rural lobby group in Cunnamulla last week.

ICPA's state council put forward the motion, saying that the latter two portfolios had no connection with education and introduced elements into the Department of Education's roles and responsibilities that simply had no relevance.

"For example, the Department of Education's most recent draft Strategic Plan for 2021-25 includes references to electrical incidents and injuries, as well as ensuring a sustainable racing industry in Queensland," its explanation read.

"While we agree that racing in rural communities is a wonderful investment, we do not agree that it belongs within a portfolio that should be prioritising the education of our children.

"In the current situation, it would appear that the Queensland government does not see education as a vital portfolio and thus has not given it the priority and value it deserves.

"It is time that the government put education at the top of the list with the recognition it deserves as a standalone portfolio, rather than possibly assigning extra portfolios that sit within a minister's area of interest."

To applause, immediate past president Tammie Irons said that if the government did this, the conference may have seen Ms Grace in Cunnamulla to listen to debate.

According to a ministerial media advice issued last Tuesday as conference opened, Ms Grace was scheduled to officially open a $7.8 million STEM Centre at the Ipswich State High School.

In a video recorded for conference delegates instead, the minister said she was looking forward to hearing the conference's outcomes as ICPA and the government worked together.

She referenced the work undertaken to overcome challenges during COVID last year.

"I can't thank you enough for your resilience and patience," she said.

Ms Grace said she'd recently been in Longreach and Barcaldine and was able to visit state schools there and at Jericho, Blackall, Isisford and Muttaburra.

"We are working closely with ICPA to deliver for these schools", she said, citing the extension of the remote eKindy initiative to 20 more locations.

Ms Grace also commented on the centres for learning and wellbeing sited at Roma, Emerald, Mount Isa and Atherton, with a satellite at Longreach, and said she had received favourable comment from teachers when she visited, on the amount of support they were receiving.

She had a special word for a Muttaburra State School initiative that sees nine distance education students come in once a week on Fridays, doubling the school's enrolment for the day.

"I thought it was a good model. The remote students mix with the existing school students - I'll be looking at incorporating this in future distance education models," she said.