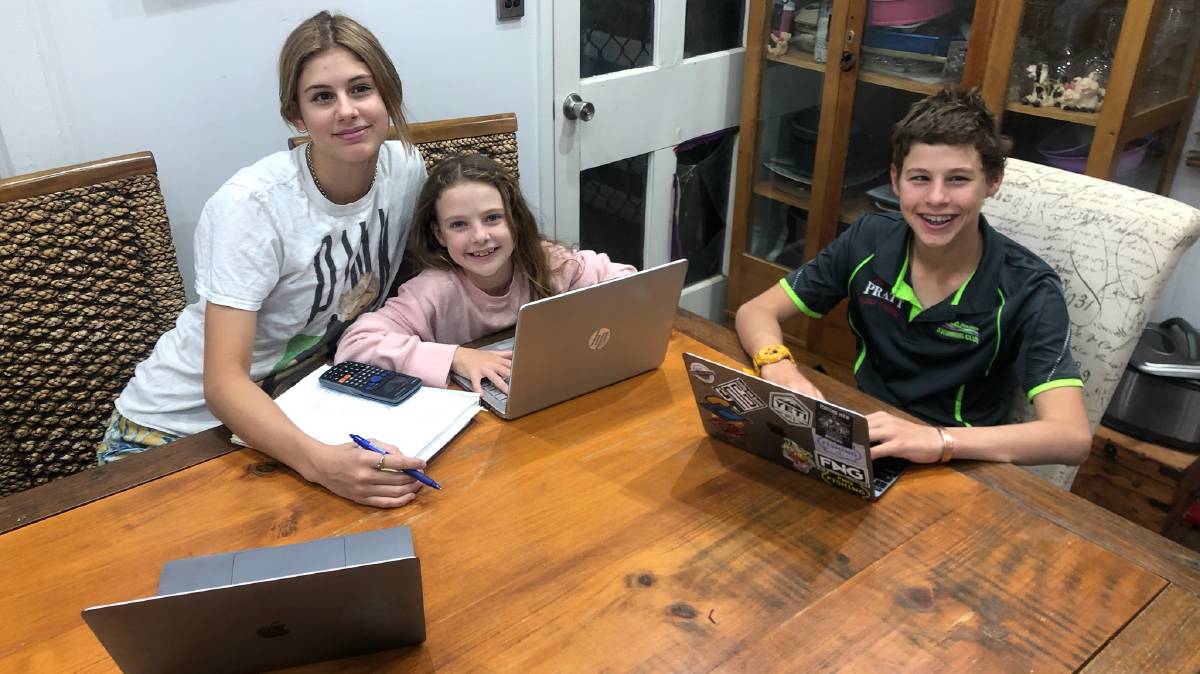 The unwillingness of the Queensland government and its departments to work together to help resolve the excruciating dilemma facing the hundreds of boarding students who remain shut out of their schools is bewildering rural education representatives.

The unwillingness of the Queensland government and its departments to work together to help resolve the excruciating dilemma facing the hundreds of boarding students who remain shut out of their schools is bewildering rural education representatives.

Queensland's Isolated Children's Parents' Association last week warned of the growing anger among rural and remote families at the COVID-19 operating procedures being forced upon their children that day students didn't have to adhere to, which was causing mental anguish, financial hardship and concerns of educational inequality.

At the time, a Queensland Health spokesperson said the challenges facing boarding school families during this unprecedented time were understood.

"These matters continue to be worked through with education authorities and we look forward to responding in due course," the person said.

This week Queensland Health said it had nothing to update the public with and the matter was "in line now more with Education Queensland".

However, when Education Queensland was approached, it said it had nothing further to add.

"Non-state schools operate independently from the Queensland government and are responsible for implementing their own responses to the COVID-19 pandemic having regard to any advice from Queensland Health," a statement read. "Ultimately each non-state school is able to make their own decision about how best to operate for their community."

All three state-operated boarding campuses, Spinifex College at Mount Isa, Bunya campus at Dalby, and Western Cape College at Weipa, have re-opened to all students.

ICPA Qld president Tammie Irons said she was dumbfounded by Queensland Health washing its hands of the matter.

"It makes no sense whatsoever," she said, adding that Education Queensland had been very supportive of ICPA's campaign to allow all boarders to be allowed to return to school.

Schools have been operating within risk management protocols released by the Australian Health Protection Principal Committee at the start of May and Australian Boarding Schools Association CEO Richard Stokes said they were working hard to get rules for boarding schools to reflect what was happening now.

"Our whole aim is to show that schools have come up with a risk management plan in line with each state's needs, and within that, manage how they put their boarders back," he said. "It would be good if Education Queensland and Queensland Health could work together to urge the AHPPC to update the document urgently."

There are 23,000 boarders in Australia and one-third of them have been affected by the restrictions.

"Given the vast majority of those boarders are in Queensland and NSW, we are talking about thousands of students here," Mr Stokes said.

One of the families caught in the middle, unable to gain an education any way other than by boarding but prevented by the limitations on schools to send their children back, is Julia Creek's Sheree Pratt and her three children.

She works full-time running the post office at Julia Creek and had to employ out-of-work dance teacher Tammy Gordon to help her manage her children's education during the five-week period that all three learnt from home.

Abbie is in Year 10 at St Hilda's on the Gold Coast and Sam is in Year 8 at TSS, and neither has been able to return since Premier Annastacia Palaszczuk announced all children were back at school on May 24.

"The kids have found it a lot harder trying to keep focused online," she said.

"For Sam especially, he has only three online lessons each day, with a break in between, and he's found it hard to settle.

"Abbie has rowed for three years so she's missing out on that getting started again - the others are all doing their fitness work together.

"Sam was just getting his grades back on track with the help of a tutor so I'm worried about that."

For next term, if the situation hasn't eased, Ms Pratt said her daughter would be staying with a parent who had a unit at the coast.

"I feel bad that I can't offer to go down and look after the girls but I have a full-time job," she said.

"I started off being cranky and stressed by this - it's not like I can take them out of boarding because the state school here only caters for primary school children, and distance education can't take any more on.

"I shut everything off for a while, but I've been nervous for the last few weeks about what to do next.

"They just need to let our kids go back - we've got no other option."

Warrego MP Ann Leahy has written to the Minister for Education requesting an expedited return to school for boarding school students.

"Some parents are at great expense, splitting their families to keep their children in schools as day students and have temporarily relocated, placing additional and unnecessary stress on families.

"Parents don't know if their children can return to school in term three, making it impossible to plan ahead.

"It is absolutely absurd the state Labor government allows 30,000 protesters to gather in Brisbane but refuses to give all boarding school students access to essential in-classroom education.

"There are five active cases of coronavirus in Queensland, and most boarding students are returning to boarding school from virus-free areas, making any transmission threat negligible."