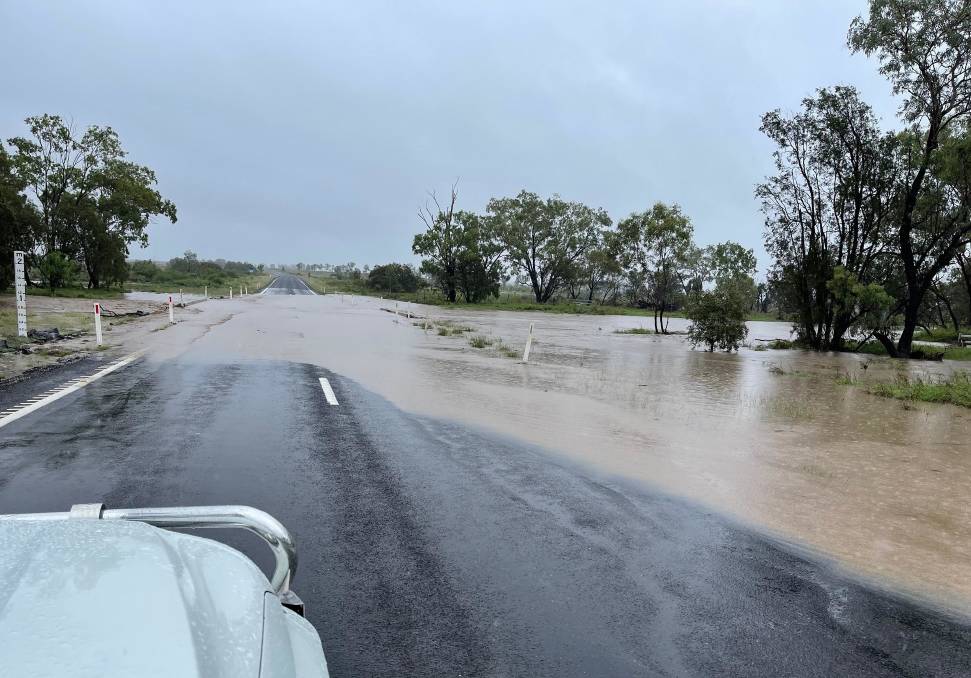 BODY FOUND: Authorities are investigating after a man's body was found in a ute, washed off the Gregory Highway by floodwaters at Hibernia in Central Queensland. Picture: Ben Harden

A body has been found in floodwaters in Central Queensland.

A man's body has been found in floodwaters near Hibernia in Central Queensland, after torrential rain caused flash flooding across the region.

The man's body was found in a ute after a member of the public discovered the vehicle just after 7:00am on Friday at Hibernia, 65 kilometres north-west of Emerald.

It's understood floodwaters may have washed the vehicle off the Gregory Highway into a creek.

A spokesperson for Police said it was still unclear if the man had a medical episode or drowned after his ute washed away in floodwaters.

"The male driver and sole occupant of the vehicle has been located deceased," a spokesperson said in a statement.

"He has yet to be formally identified.

"Anyone who may have seen a white Toyota Landcruiser utility travelling along the Gregory Highway overnight in the vicinity is urged to come forward." 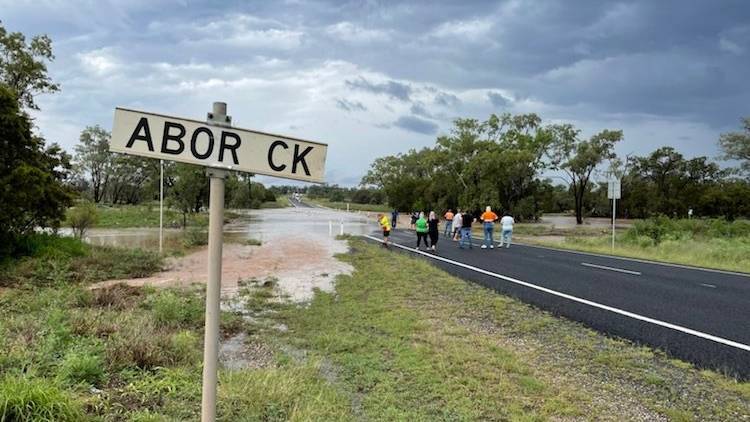 Emergency services are currently in the process of retrieving the ute but officials warn the recovery may be difficult due to the location and poor weather.

The story is still developing.

Rainfall in the 24 hrs to 9 am was widespread with TS ⛈️all adding to the list of flooded rivers, including flash flooding at #Rubyvale. Highest in the state was at #Bundaberg with 192 mm. More rain and TS ⛈️ in the north and east today. Check warnings https://t.co/FBmpsInT9opic.twitter.com/rYV40pv0sy

Parts of Central Queensland received over 200 millimetres in just under 24 hours, with the Gregory Highway closing for several hours at Capella and north of Clermont on Thursday morning.

Severe flooding has been recorded across the Central Highlands, with up to 200 millimetres recorded at Capella, Ruby Vale, and Emerald over night.

Central Highland Police are warning Theresa Creek and Retreat Creek bridges on the Gregory Highway north of Emerald, are expected to be closed due to floodwaters in a few hours time.

Drivers should expect long delays in both directions and it is predicted that the Gregory Highway north of Emerald could remain closed for up to four days.