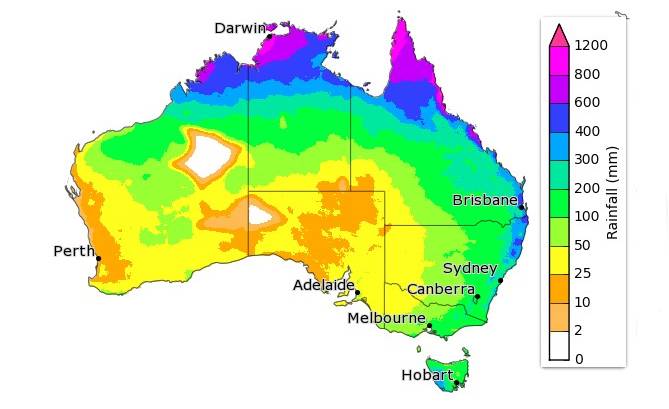 Summer rain: What you can expect with a 75 per cent chance of probability. Source - BOM

The Bureau of Meteorology has backed up its promise of a wet summer with new mapping.

AUSTRALIA's official weather forecaster says it's shaping up to be wet summer and has backed the announcement up with mapping showing where the rain will fall.

Hard on the heels of the La Nina declaration on Tuesday, the Bureau of Meteorology says for eastern Australia that means an increased risk of tropical cyclones, heavy rainfall and widespread flooding.

"Over winter and spring we saw a negative Indian Ocean Dipole, a pattern of ocean temperature patterns in the oceans to our west that was favourable to rainfall over Australia, and a dominant influence on our climate," Dr Watkins said. 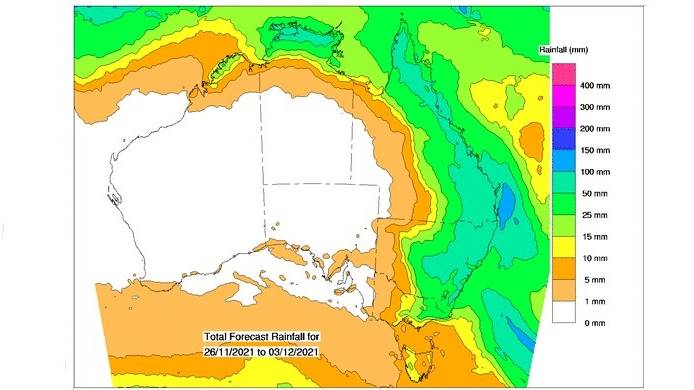 "While this event is approaching its end, warmer waters to the north west of Australia may persist, and continue to increase the chance of rainfall.

"The big driver looking at the months ahead is La Nina, which is now established in the Pacific Ocean for the second year in a row."

La Nina describes a pattern of ocean temperatures that sees warmer waters in the western Pacific, which in turn drives increased atmospheric moisture and rainfall, including heavy rainfall, over Australia. 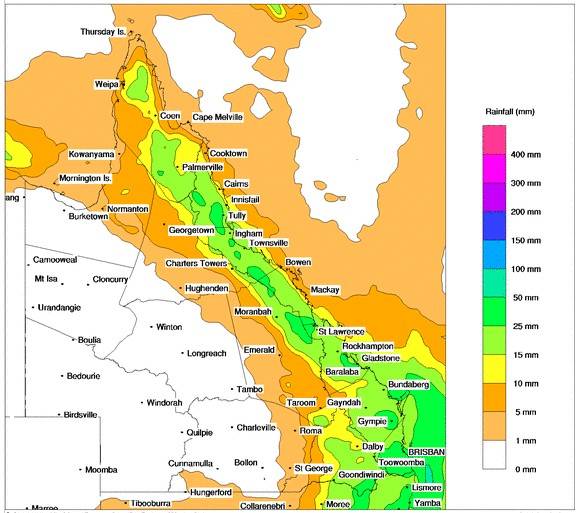 Where the rain is expected on Friday. Source - BOM

"This pattern is likely to continue through until at least the end of January," Dr Watkins said.

"December is likely to see our typical summer weather systems pushed further south than normal, meaning more humid air coming off the Tasman Sea, and into NSW and eastern Victoria."

Dr Watkins said Australia maximum and minimum temperatures were likely to be above average, prompting warnings about heat stress. 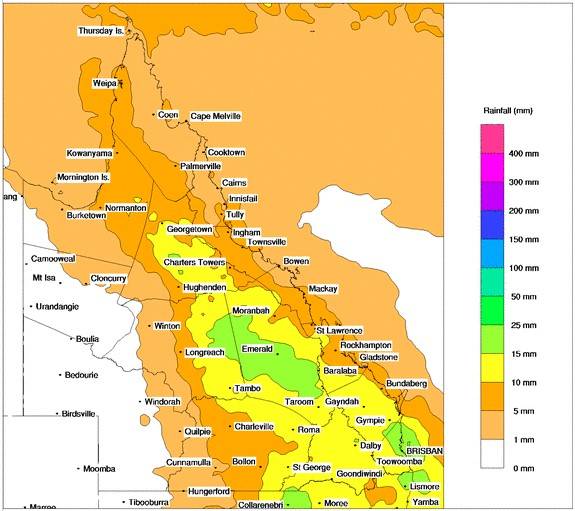 Where the rain is expected on Tuesday, (November 30). Source - BOM

"La Nina also means we're expecting an average to above average number of tropical cyclones and lows, he said.