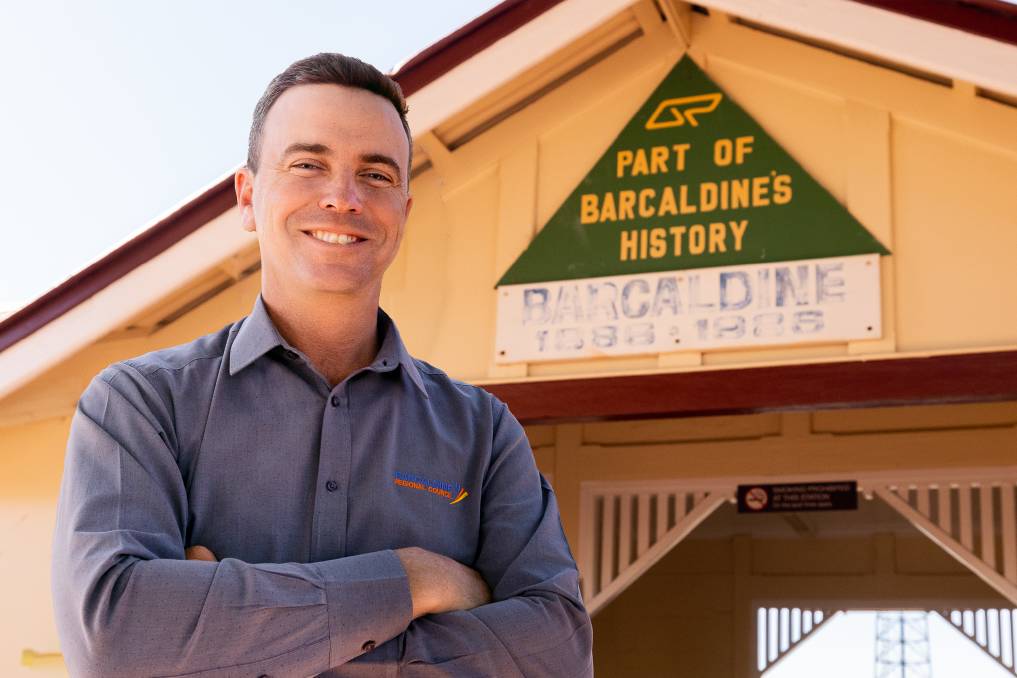 Queensland Premier Annastacia Palaszczuk has described the investigation by the Office of the Independent Assessor into alleged potential misconduct by Barcaldine Regional Council mayor Sean Dillon as "a bit ridiculous".

Although Queensland Premier Annastacia Palaszczuk has described the investigation by the Office of the Independent Assessor into alleged potential misconduct by Barcaldine Regional Council mayor Sean Dillon as "a bit ridiculous", he says resignation would be his only option if he isn't cleared.

The investigation stems from questions and comments the mayor made in a February 17 council meeting when being presented with the Central West Hospital and Health Service vaccine roll-out plan by the council's deputy CEO, who had been briefed by Queensland Health officials.

Upon being advised that the plan at the time was to hold a single clinic for the community, Cr Dillon expressed concerns for how the needs of mobility challenged people would be met, and other councillors raised issues of rural residents being able to attend in the event of wet weather.

"To think they're going to do it in one pass, someone who's got no idea in regional Queensland. Like it's just not going to work," were among the comments Cr Dillon made.

Despite the Premier's assertion that he had done a great job in helping lift vaccination rates in his region, and describing the OIA action as a storm in a teacup, Cr Dillon said the repercussions were larger than a teacup.

"If the OIA continues to prosecute this action and I'm convicted, we will appeal to the highest court, but you can't have a situation where any level of government is led by someone convicted of misconduct - resignation would be my only option," he said.

Cr Dillon has been waiting for seven months for the matter to be resolved, and said the frustration at being virtually gagged from speaking out on issues affecting his community in the meantime, and a rising fear about how it will fare under the relaxation of travel restrictions, had prompted him to make the issue public.

"The Premier has released her roadmap, and I have real concerns that the vaccine threshold won't be reached in the central west - I need the confidence that I can speak about this," he said. "The OIA has refused our requests for an update on the progress of their investigation, and given the potential seriousness of the next few months, we need to kick the can down the road."

He also said he was happy to make a stand for free speech.

"I'm not after a lifetime career in local government, but there are a lot of good people out there who've got businesses to run, who've put that on the line to represent their communities - they stand to be held to ransom by a rogue assessor.

"Communities need someone who can stand up and speak for them."

The Local Government Association of Queensland has also come out in staunch support of Cr Dillon's right to speak publicly about the COVID-19 vaccine roll-out in his community.

CEO Greg Hallam said it was same right enjoyed by every other citizen.

"For that matter, the right to political speech is implied in the Australian Constitution," he said.

"The vaccine roll-out is discussed on a daily basis by politicians at all levels and on all sides of government.

"It would literally be mentioned hundreds of times a day in the Queensland media."

Mr Hallam said Cr Dillon was "thoughtful, measured and highly articulate" and was "simply seeking to represent his community, as mayors must do".

He said the LGAQ was prepared to take the matter to the High Court if needed.

The LGAQ had always supported the role of the Office of the Independent Assessor and its head Kathleen Florian, but Mr Hallam said it was way wide of the mark on this issue.

"It doesn't pass the pub test nor accord with the Australian Constitution.

"The OIA needs to recognise their error, withdraw their action and get back to their important work which does not include pontification on political speech."