The announcement of $1,072,137 in federal government funding for the LifeFlight Foundation, to assist in the construction of a fully-functional aeromedical base at Roma Airport, has been hailed an important milestone for the organisation.

The announcement of $1,072,137 in federal government funding for the LifeFlight Foundation, to assist in the construction of a fully-functional aero-medical base at Roma Airport, has been hailed an important milestone for the organisation.

Speaking at Roma on Thursday, Maranoa MP David Littleproud said the government was backing the project so LifeFlight had the facilities it needed to save lives in the future.

The organisation is currently leasing a hangar at the airport but has grown out of it with the acquisition of $20m state-of-the-art AW139 helicopter, that is unable to fit in the space available.

It has been housing the chopper in the Royal Flying Doctor Service hangar nearby as an interim measure, but it involves a difficult juggle when the different aircraft are called out for an emergency.

"We are essentially here because of the SGAS commitment to the oil and gas companies that operate here in the region," Mr Borbidge said. "Having said that, 75pc of the call-outs are for community purposes and increasingly that will be the case, so we are absolutely delighted with this announcement."

The organisation has to match the funding with close to $1m and is seeking donations for a cattle drive in the first half of next year, to be auctioned through the Roma Saleyards.

Maranoa regional advisory committee chairwoman Kate Scott said they were "absolutely thrilled on behalf of the Maranoa district and beyond that this has come to fruition, because it really future-proofs us".

"It's very important that LifeFlight stays here now," she said.

"It's been here a couple of years and we'd be lost without it.

"We've got a bit of work to do yet to get more cash on board but that's happening and we can't wait for it to start." 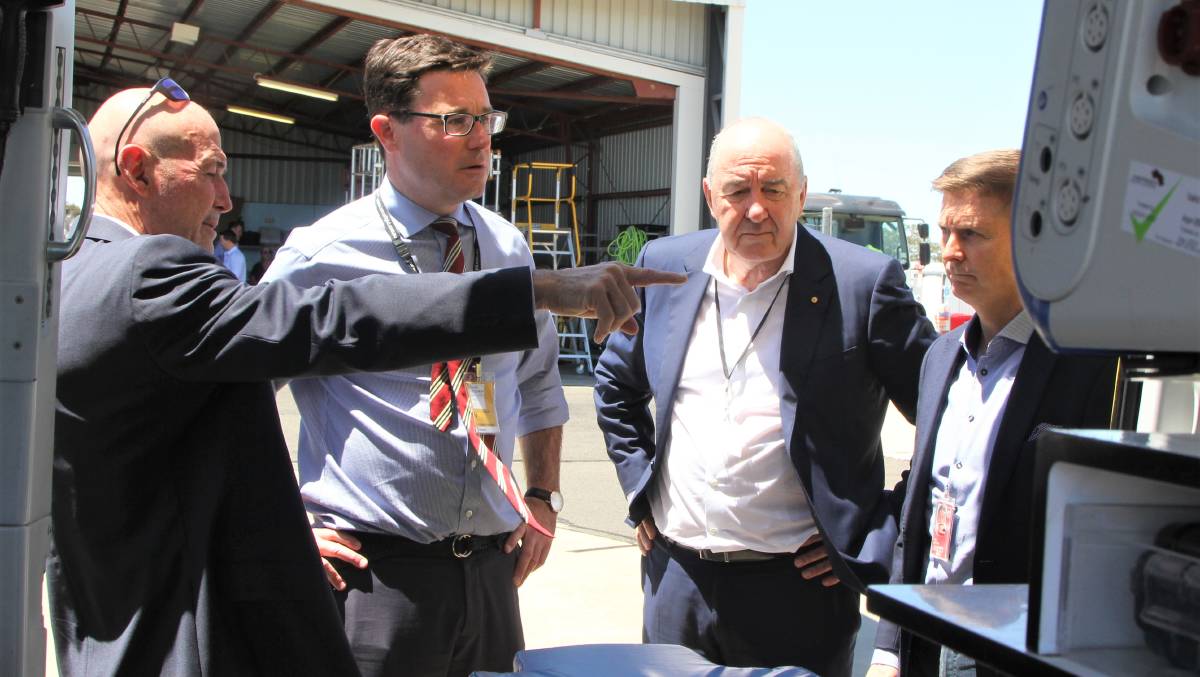 The Liberal National government investment come under round five of its Building Better Regions Fund, which Mr Littleproud said was delivering better facilities and creating economic opportunities across the electorate.

"This is a proud day for the region in our fight to make sure we get our fair share," he said. "This is all part of our government's commitment to secure the future of regional Australia."

Maranoa Regional Council mayor Tyson Golder was present at the announcement and said the funding would help solidify the base at Roma.

"There may be a time when gas does not need it, and we need a plan B," he said, adding that accident survivors had told him the best sound in the world was hearing a rescue chopper approaching.

Under round five of the BBRF, the government has committed almost $300 million to support 295 projects across regional Australia, which will create an estimated 9900 jobs during the project period.

This latest funding round takes the government's total support through the BBRF to $1.38 billion across nearly 1300 projects.

LifeFlight also benefited from the $9.7m granted to the Royal Flying Doctor Service via BBRF funding, for a fit-for-purpose aero-medical hangar in Mount Isa, announced earlier in the week.

As Mr Borbidge explained, LifeFlight also shares its facilities in the city with the RFDS.

"Whilst the bulk of the base will be utilised by RFDS, because it's a very major base for them, one section of it will be occupied by LifeFlight, and that will house our helicopter base there," he said.

"It's a very good working relationship; the same applies in Roma to a certain extent.

"RFDS and LifeFlight can work very closely together - sometimes we can get to patients where they can't land, and then we can get patients to them in terms of a transfer to a major hospital facility."

"The Liberal and Nationals government is continuing to work hard on behalf of Australians living in regional and remote communities," he said.

"That's why we've committed an additional $100 million under this latest round to take total funding to almost $300 million.

"This extra funding will support more projects, more jobs and create more economic opportunities in our regions to boost their recovery from the impact of the COVID-19 pandemic. "