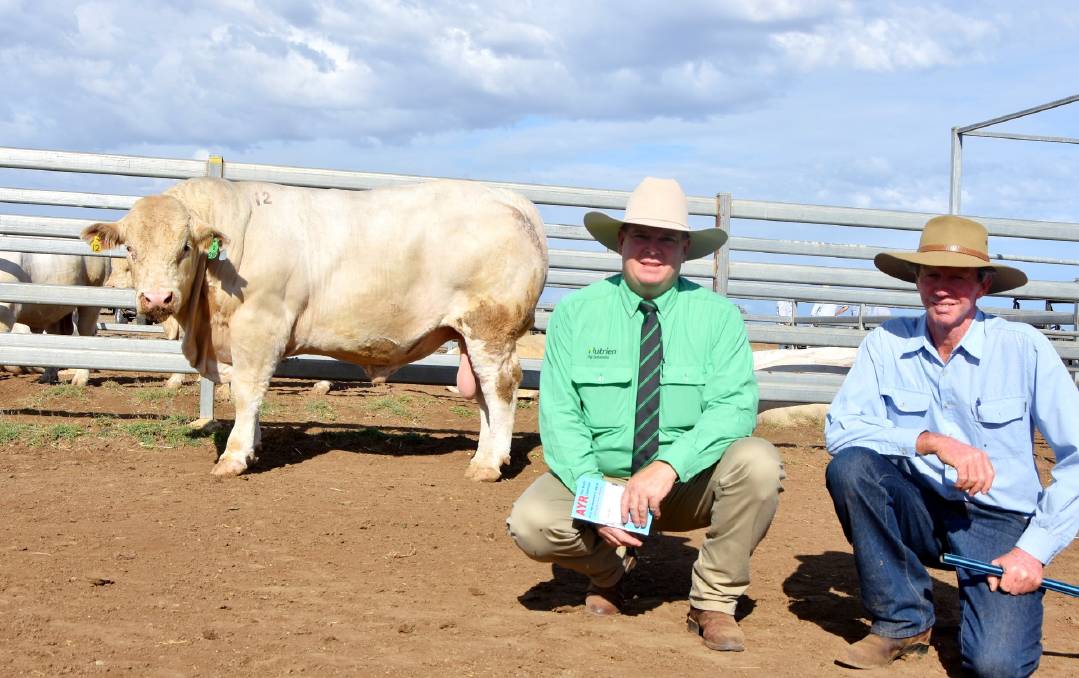 Not even an unexpected dust storm could have prevented the Cass family of Ayr Charolais from achieving their best sale result in over 20 years.

Not even an unexpected dust storm could have prevented the Cass family of Ayr Charolais at Mungabunda, near Moura, from achieving their best sale result in over 20 years.

Sired by 15 different sires, a consistent draft of 115 Charolais bulls with 49 years of consistent quality and breeding went under the hammer on Monday.

The large offering attracted large crowds of stud and commercial breeders from across Queensland and Northern New South Wales travelled, looking to add well muscled and excellent conformation Charolais genetics to their operations. 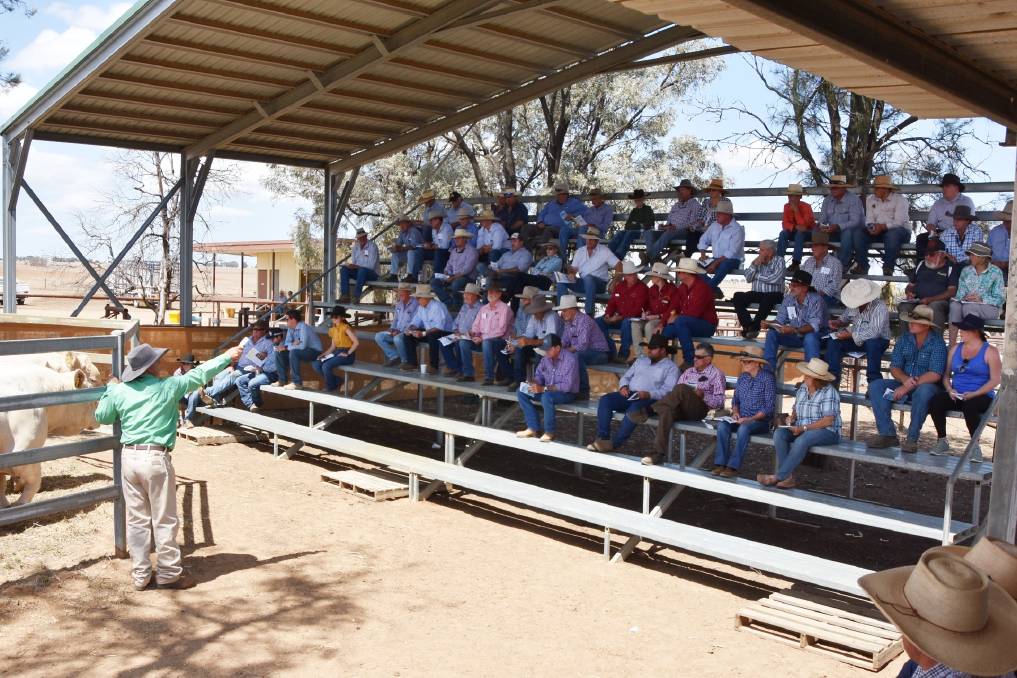 Stud principal David Cass was not only blown away with the stud result, but that it was the first time in the stud's history that it had rained on a sale day.

"We're very proud of the sale result. We presented the best line of Charolais bulls we could produce and that we're proud of and it was really good to come out with a really good average," Mr Cass said.

"I'm always nervous and worried about the sale, but it's good to get through to the other end and to achieve a result like that.

"We're very dry here at the moment so it was a sign of relief to see any sign of rain, although I was a bit worried we wouldn't get through all the lots with the large gale coming through." 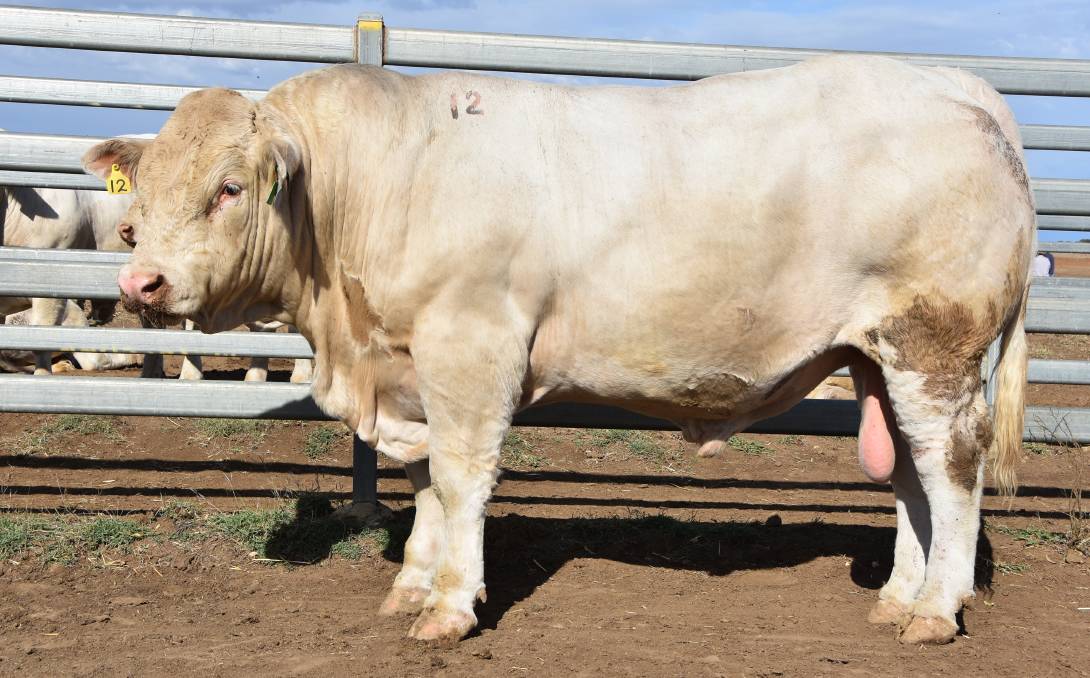 Claiming the heaviest Charolais bull title on the day, Ayr Irishmat's Emery had the sire appeal and the growth figures to attract the top bid of $28,000. Photo: Ben Harden

Tipping the scales at 1018 kilograms, the sire prospect measured 43 centimetres in scrotal circumference and tested 80 per cent for sperm motility.

Scanning 161 square centimetres for eye muscle area, he had P8 and rib fat depths of 9mm and 8mm respectively, and an intramuscular fat percentage of 5.2.

Mr Cass knew in the month's leading up to the sale, that the top bull would be a "standout" to bidders.

"He was one of those standout bulls in the paddock and I was hoping that he would be one of the ones that would be noticed and make a bit of money," he said.

The 30-month-old son of Davally Illusion and Ayr Elgata's Mona-Lisa tipped the scales at 938kg and measured an EMA of 138sq cm.

He had P8 and rib fat depths of 8mm and 6mm respectively, and an IMF percentage of 3.7.

Commercial companies weren't afraid to open their cheque books either, with volume buyers out in force.