A $13,208 average underlined the healthy result for Scott and Claire York and their Casa Toro Simmental stud at Friday's sale at the Roma selling complex.

A $13,208 average underlined the healthy result for Scott and Claire York and their Casa Toro Simmental stud at Friday's sale at the Roma selling complex.

As well as a $3000 increase in the average price paid on last year's inaugural sale, the Jackson seedstock breeders saw their top price lift from $17,000 to $22,000, with 10 more bulls on offer this year.

All 42 bulls offered were sold.

"It's an unbelievable result today - this really exceeded our expectations," Mr York said. "I think it reflects current markets, but we also thank our return buyers for their ongoing support."

Speaking on behalf of the purchasers, Philip Ogg said they had been buying bulls from the York family for the past 11 or 12 years, and found they had been doing a really good job.

"We've got Brahman and Euro mobs and we've been buying mostly Simmental bulls to put over the Brahmans," he said.

"It's the first time we've bought a black one.

"He's just a cracker bull - we weren't worried about the colour."

At 25 months of age, Quarter weighed 945kg, had rump and rib fat scans of 9 and 7mm, an eye muscle area of 140 square centimetres, and intramuscular fat of 6.1 per cent.

Claire York said they'd been confident the bull would command a lot of interest, thanks to his frame, scanning figures and weight.

"We've really noticed the surge of interest in black Simmental bulls generally at sales, and we're looking forward to supplying more in future," she said. 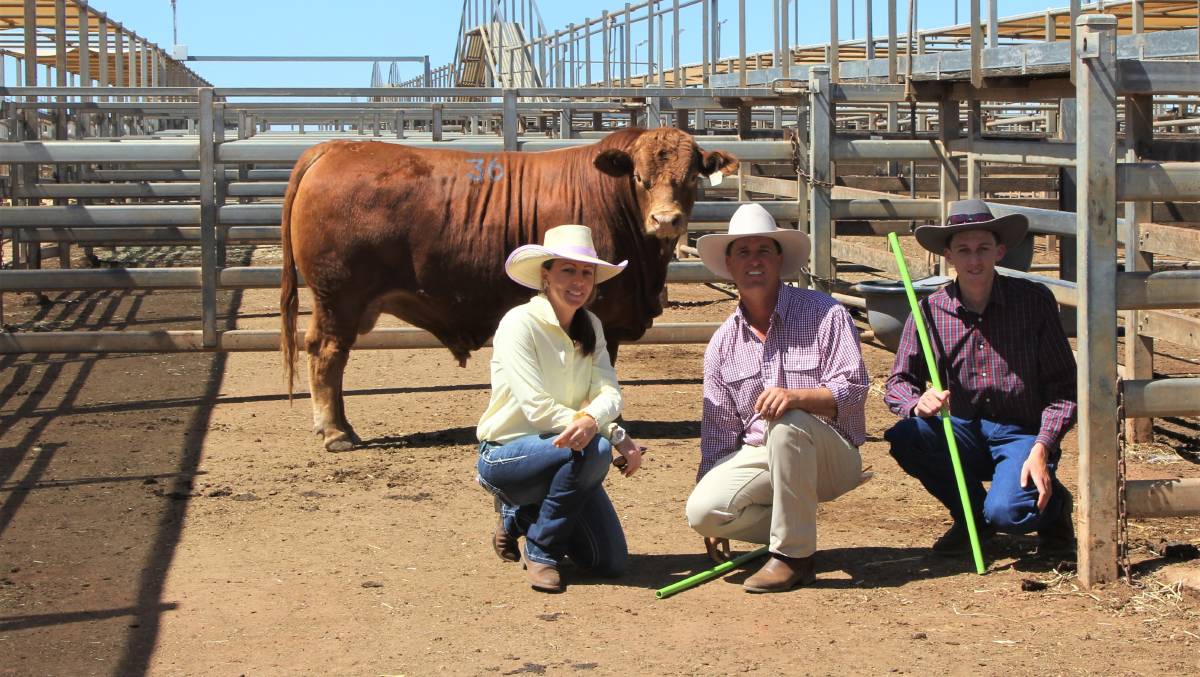 The two red Simmental bulls in the catalogue were also well supported, one selling for $18,000 and the other for the second top price of $21,000 to Bidgel Grazing Co, Elvanbrook, St George.

His rump and rib fat measurements were 11 and 8mm, along with an EMA of 130sq cm, and his semen motility was 90pc.

Scott York acknowledged at the end of the sale that it had been a bittersweet day for them, being the last time the family's Billa Park prefix had gone through the ring.

The stud had been founded by Cliff and Joy York and passed on to their three sons, but through a transition process, the prefix was no longer in use.

Scott and Claire started the Casa Toro prefix 10 years ago, with a portion of the Billa Park herd, and said its legacy and genetics would be seen for many more years in their stud.

"We are proud to carry that on," Mr York said.