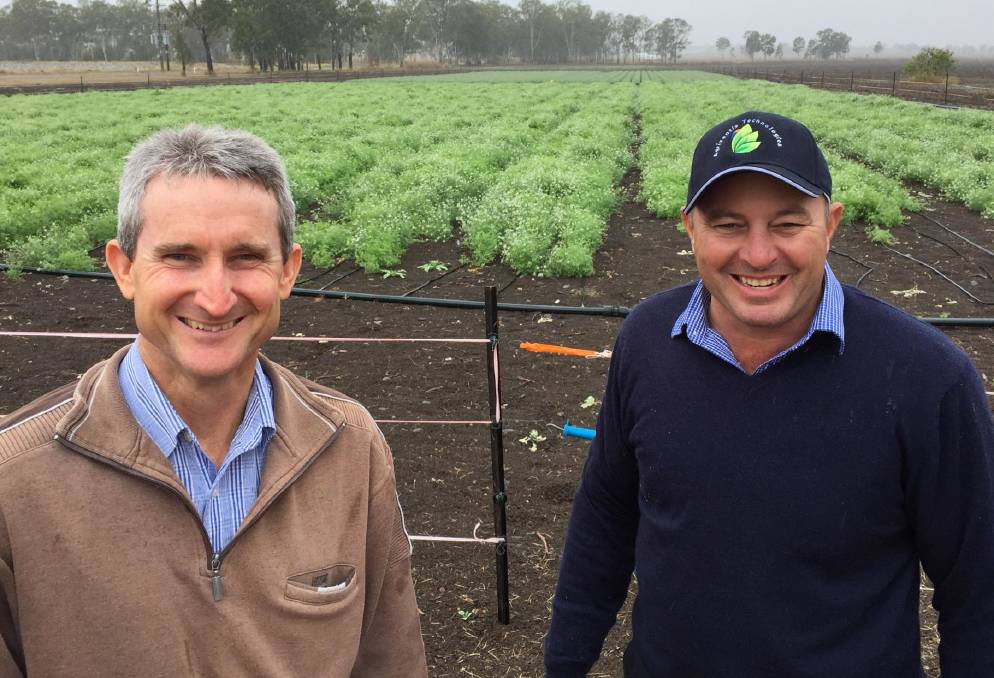 The results are in from the CQUniversity Spicing Up Northern Australia research trials, with growing excitement at the potential for a booming industry.

THE prospects of a robust northern spice industry could soon become a reality, following the success of the recent high-value spice crop trails across northern and central Queensland.

The results are in from the CQUniversity (CQU) Spicing Up Northern Australia research project's 2020/21 summer black sesame field trials, with growing excitement at the potential for a booming industry.

CQU is leading the large-scale research project funded by the CRC for Developing Northern Australia and has been assessing the suitability of black sesame, fennel, carraway, kalonji, and cumin to broadacre production.

AgriVentis Technologies agronomist Andrew McDonald said it was an exciting time to be involved in the northern cropping industry to expand production and establish new crops that are suited to the region.

"The results of the summer trials show there's huge potential for a viable northern spice industry, which is demonstrated by the increasing number of farmers participating in the trials, but there are also a number of challenges we still need to overcome to maximise their returns," Mr McDonald said.

Kalonji has been planted at three sites at Rockhampton, while kalonji and fennel have planted in Biloela. Black sesame and fennel - both previously assessed as summer crops - were planted in Ayr and Tully in July to trial as winter crops along with kalonji.

Inspired to grow something different

Alton Downs farmer Peter Foxwell, Foxwell Farming, is one of the few central Queensland growers in association with CQU and involved in kalonji trials this season.

Predominately a traditional cotton and corn grower, Mr Foxwell has planted half a hectare, which he expects to harvest in six weeks time.

"We might never grow this particular crop commercially, but someone else probably will," he said.

"It might be us, it might be someone else, but just the fact that we're able to help along the way, that interests me.

"The fact that a new crop with new opportunities presented itself to us, it was more about continuing that interest into research that I have." 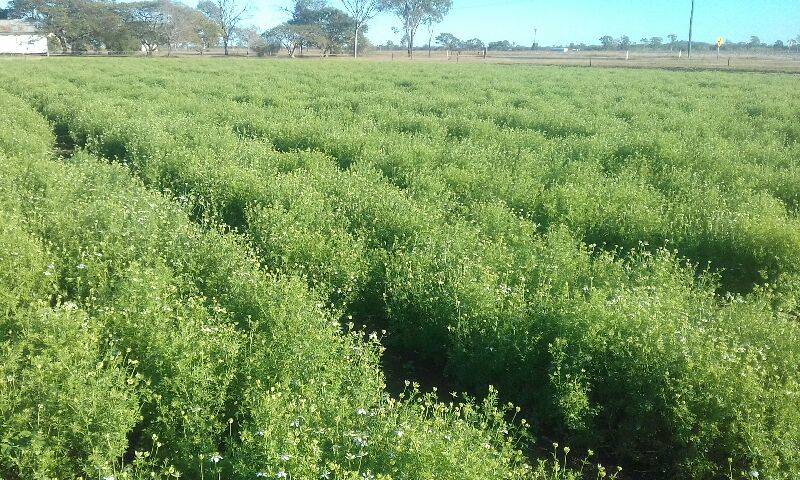 Kalonji Alton Downs 2021: A winter-sown kalonji crop at Peter and Lynne Foxwells farm at Alton Downs outside of Rockhampton.

"The trouble with these new spices is that there's no chemical options available and It's all got to be mechanical weed control," he said.

"The weeds are under control now but they were an issue early on.

"It's flowering now and I think what interests me is the fact that it could be converted to a field crop quite easily, due to the structure of the plant.

"The plant sets its capsules up high in the plant structure and they don't shatter when they're mature, so they look as though they get to be very easy to machine harvest."

"Seasonal conditions also impacted yields, with the highest yields recorded in Biloela, followed by Rockhampton and Darwin, with the lowest in Katherine.

"Based on the results of the winter trials, additional growers will be sought for next year's winter planting."

Meanwhile, winter planting has now been completed at all research sites across Northern Australia, with fennel, kalonji and black sesame planted in trials targeting specific crops to specific environmental conditions.

Carraway and cumin have not been included after they did not perform well enough in preliminary trials to warrant further assessment.

Sponsored by
There was a smaller yarding of 315 head at Toowoomba on Monday.
Test
A renowned Brangus breeder is being remembered as a beloved 'matriarch', who's left behind a lasting legacy.
Test
The aptly named Scenic Views is an aggregation of farm land across six titles in the picturesque Swanfels Valley.
Test
A smaller yarding was sold at Stariha Auctions Woodford cattle sale on Monday.
Test
A tornado has been spotted at Pittsworth, southwest of Toowoomba.
Test
Country serenity with some beef income on the side.
Test
Queensland's premier has released a plan for opening borders by Christmas, but it relies on vaccination rates.
Test
A museum that will showcase life in western Queensland and explain its qualities to visitors is at the heart of a new Australian Outback Museum at Charleville that has snagged the Murweh Shire Council nearly $8 million in federal funding.
Test