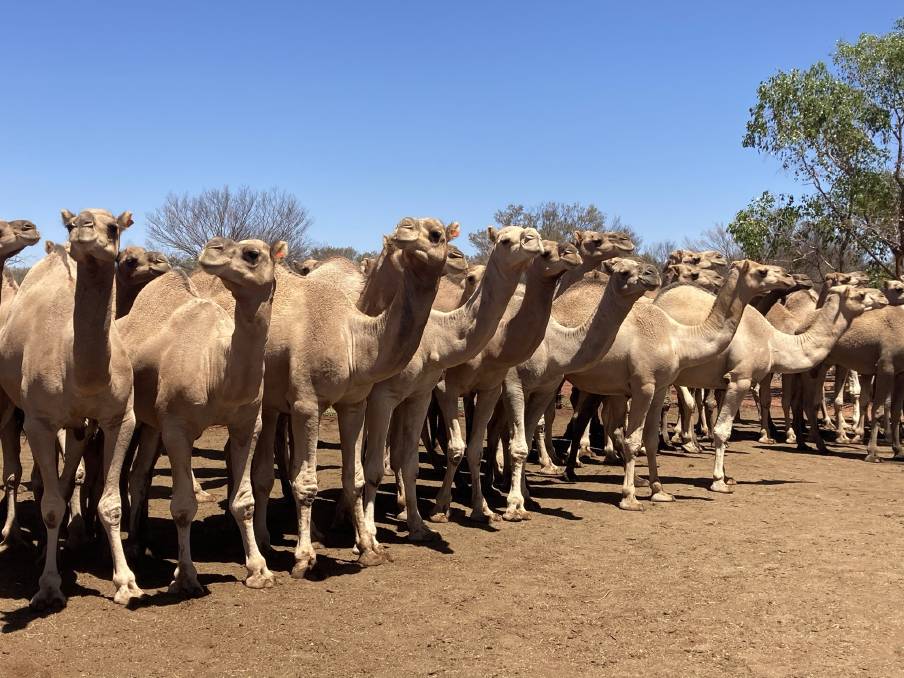 One of the steer camel lots that sold for $265 a head. Picture supplied.

A month after over 100 desert-bred camels from Boulia were successfully marketed online, a vendor from Cunnamulla has dipped a toe in the water and sold 105 head, a mixture of cows, steers and bulls, via the same platform.

A month after over 100 desert-bred camels from Boulia were successfully marketed online, a vendor from Cunnamulla has dipped a toe in the water and sold 105 head, a mixture of cows, steers and bulls, via the same platform.

Prices received - from $230 a head for cows to $265 for castrated male camels - was comparable to those set at the inaugural AuctionsPlus camel sale by Alderley Station's Blackett family in February, of $220/hd for weaner bulls and $200/hd for weaner heifers and cows.

According to Bourke's Nutrien Ag Solutions Walsh Hughes agent James Grant, these camels, offered by Garrawin Station, which is owned by Sustainable Land Management Partners, had been used in a cell grazing operation for some time but were now surplus to requirements.

Despite marketing them as very well handled and trained to single wire electric fencing, they were sold to abattoirs and dairies in Queensland, Victoria and north east NSW.

These are the same general destinations they have been sold to under private treaty in the past, boutique abattoirs in Emerald and the Cunnamulla Camel Co plus camel dairies in southern NSW, but Mr Grant said they had sold for a better price than expected.

Most of the camels sold in February from Boulia went to Queensland graziers wanting to control prickly acacia.

Mr Grant said that following the success of that sale, combined with their own market research, they decided to put the Cunnamulla camels on the online platform.

"It's a one-off at this stage, there's not a lot of camels floating around," he said. "It was a good learning experience for us, and for the owners, who've had camels as part of their business for a while."

In the Boulia sale, distance and type of freight were seen as stumbling blocks for some potential buyers, given the large number of AuctionsPlus catalogue views it had.

That wasn't a barrier in the latest sale but Mr Grant said it was currently too wet to begin delivering the camels to purchasers.