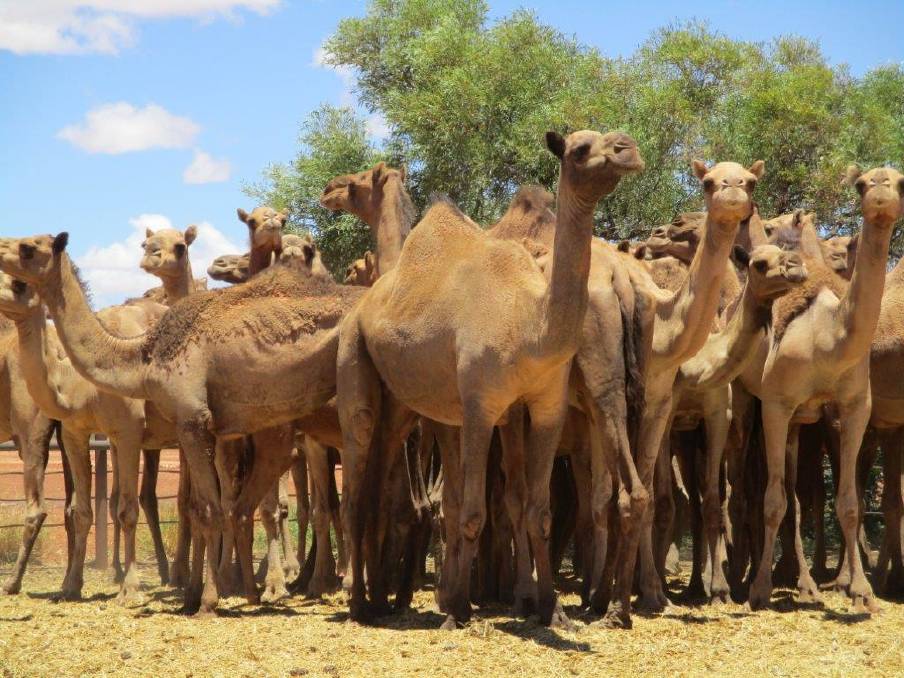 Nearly 100 head of camels from spinifex country west of Boulia were successfully put up for sale on AuctionsPlus.

Australia's first online camel sale, which concluded on Monday with all seven lots sold, has been hailed a successful experiment.

Australia's first online camel sale, which concluded on Monday with all seven lots sold, has been hailed a successful experiment.

According to Elders Winton branch manager Scott Taylor, the 93 head plus progeny went to two buyers in the Boulia and Winton areas for prices ranging from $300/head for cows and calves, to $240 for bulls, $220 for weaner bulls, and $200 for weaner heifers and cows.

Mr Taylor presumed they would be used for prickly acacia control by their new owners.

News that the Blackett family from Alderley Station north of Boulia was using AuctionsPlus as a platform to sell the feral camels mustered in from their spinifex country resulted in a storm of interest from around Australia.

Mr Taylor said despite the high number of AuctionsPlus catalogue views and enquiry from as far afield as NSW and Victoria, freight from Boulia was a stumbling block for some.

"And you can't put them on conventional cattle trucks to make up a load, it's got to be an open-deck trailer or body truck.

"If we do another sale, delivery from Longreach might be worth considering. We're just thinking about things now."

As a result of the sale, the interest in the public at large for having a camel in the paddock, as a pet as much as a productive livestock animal, was made very apparent, Mr Taylor said.

The lack of other selling options was what prompted the Blacketts to consider the AuctionsPlus route, according to Mr Taylor, and he said they were very satisfied with the outcome.

"They'd received $350-$400 when they sent some to Peterborough in South Australia but half of that was gone in freight, so they're ahead this way.

"Plus they own their own chopper so mustering costs aren't high for them."

Commenting on the sale to producers relatively close by and the value of an online interface, Mr Taylor said he hadn't anticipated one of the successful buyers.

"AuctionsPlus served its purpose," he said. "Two of the lots, the bull camels and the weaner bulls, sold above their reserve, and they were all sold."