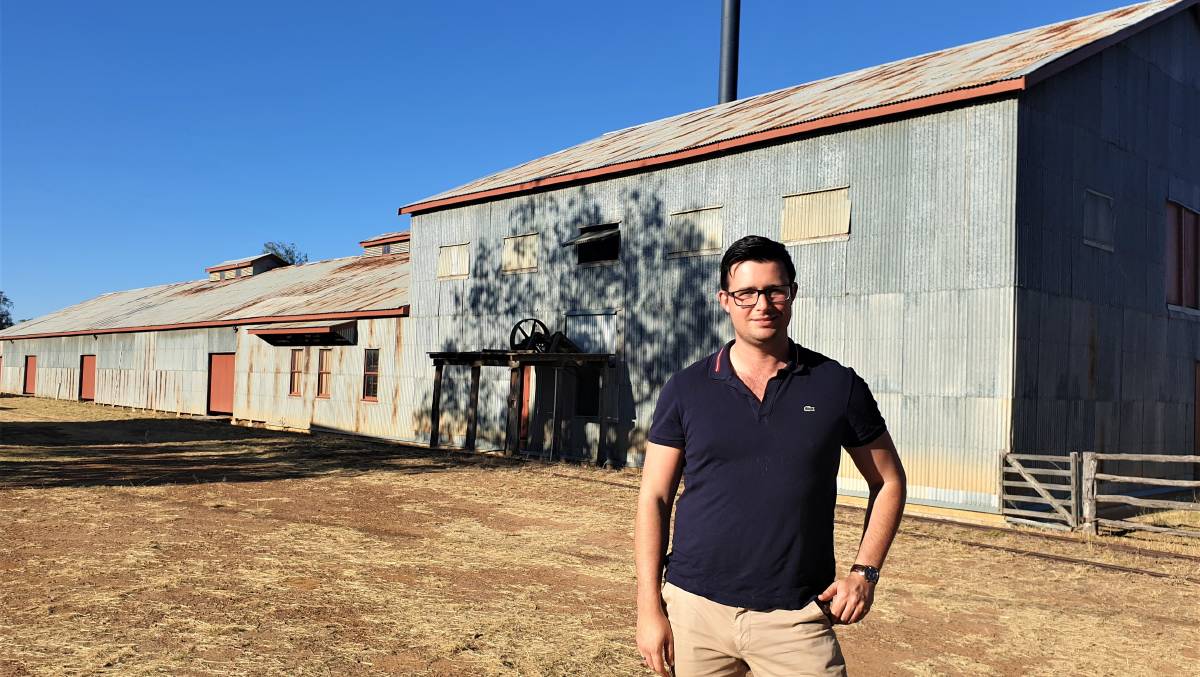 Reinventing the wheel: AEC senior economist Jonathan Pavetto in front of the the woolscour that operated in Blackall between 1908 and 1978. Picture: Sally Gall.

Community leaders at Blackall are looking back in order to move forward, commissioning Townsville consulting firm AEC Group to explore the feasibility of siting a modern wool scouring plant in the town.

Community leaders at Blackall are looking back in order to move forward, commissioning Townsville consulting firm AEC Group to explore the feasibility of siting a modern wool scouring plant in the town.

The business of scouring wool was once one of the central western town's big economic drivers, attested to by the 112-year-old steam-driven woolscour on the town's northern outskirts that is acknowledged as one of the best industrial heritage sites in Australia.

The ample supply of artesian water plus the millions of kilograms of Merino wool grown in the region were what made it a viable business at the start of the 20th century, before the cost of energy and labour saw most of Australia's greasy wool gradually move overseas for washing and processing.

While there is still plenty of bore water available for the process, the feasibility study will be looking into the availability of wool in the region and many other modern-day drivers.

Related: Back to the wool future at Blackall

According to AEC senior economist Jonathan Pavetto, while there are many unknowns at present, the realisation brought into sharp focus by COVID-19 restrictions that global supply chains aren't perfect could work in favour of the idea.

"There could be opportunities to onshore some of our early stage processing, not just for wool but for all sorts of agricultural commodities," he said. "I know the federal minister David Littleproud is keen to be looking in that space too so what's happening with wool here with the Blackall-Tambo Regional Council could be the first cab off the rank in looking at what can we do in Australia to bring back local manufacturing to add value to what we're doing."

The driver behind the study is to increase economic diversity in the region and short circuit ongoing job loss-population decline concerns.

According to statistics, while Australia as a whole entered into recession a month ago, the Blackall-Tambo economy has been in recession since 2011, thanks largely to drought.

With agriculture the number one activity in the region it made sense to look at what could be done to value-add to it in a way that was viable, and wool processing offers lots of jobs and a high-value use of land.

Terrick Merinos principals Rick and Jenny Keogh were among those who attended a public session in Blackall at which the feasibility study was outlined, and Mr Keogh said now was the time to be looking into opportunities, while supply chains were being closely examined.

"There's no sense in exporting sticks and stones but finding markets will be your biggest issue," he said. "If you reinvent the wheel and go niche you won't have a critical mass." 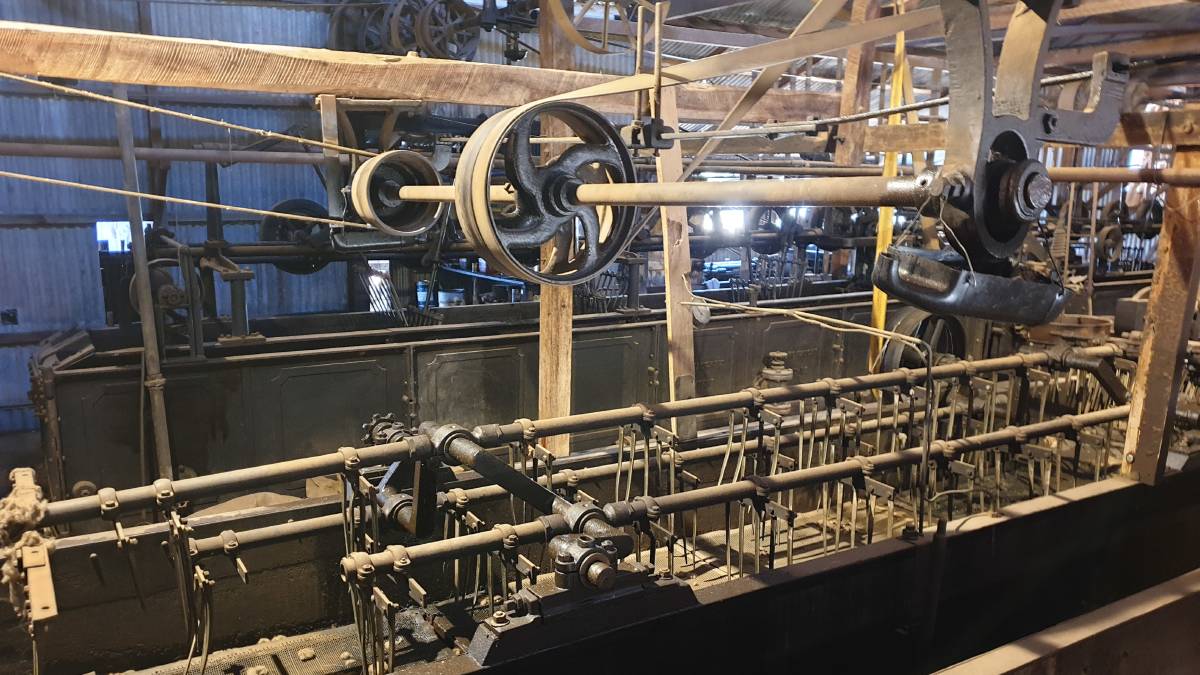 Modern wool scouring looks a lot different to the machinery of a century ago, such as the line here at the Blackall Woolscour.

Mr Pavetto said an industrial scale scouring and top-making plant with export capacity was his default position but there was a serious amount of work ahead to work out what was reasonable and practical.

Mr Keogh also commented that there was a real opportunity to build a rangelands brand emphasising the region's ethical wool production.

"One of the reasons I'm reasonably comfortable about this wool space and encouraging the Blackall-Tambo Regional Council to back its thoughts is the competitive advantage you have," Mr Pavetto responded.

"This part of the world produces excellent quality wool.

"The scouring process that you could use with existing water - you've got a really good environmental story to tell.

"We know consumers are willing to pay for those environmental credentials."

Numerous questions were asked at the information evening about sourcing enough product and whether a modern plant would encourage more regions with a history of wool, such as around Hughenden and Cunnamulla, to return to Merino production.

"We want to find out how big something's got to be, how expensive it's going to be to build, what throughput you need," Mr Pavetto said.

"Once you've got the capital done it might fund itself operationally."

Blackall-Tambo mayor Andrew Martin made it clear on the night that the council only saw itself as an enabler and wouldn't be running whatever proposition the study ended up deeming viable.

"We are notoriously bad at commercial operations," he said, adding that council may own the land on which a plant was sited.

As well as citing federal and state capital funding support, Mr Pavetto said there were various operational models to be explored.

"It could be a corporate operation where a company comes in as a full profit venture," he said. "It could be an industry-owned company that operates on a toll basis so instead of owning the wool and selling it again, it just simply processes it on behalf of the producer."

He said it could also result in a judgement for council to make, as to whether it kicked in seed funding.

He expected to have his findings completed by September, prior to the state election.

"This is the first time (AEC has) done this in wool, but this is the first time anyone's really seriously considered bringing back the value chain and I've got to take my hat off to the mayor," Mr Pavetto said. "He is really keen on making sure we do something in this region."