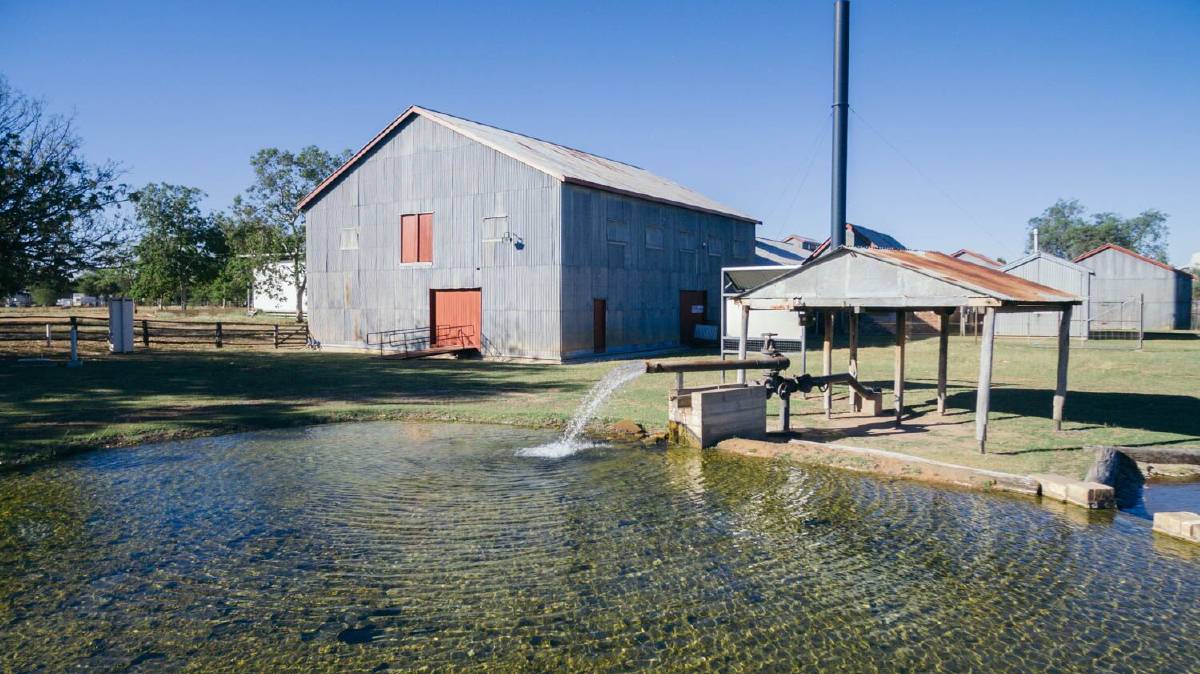 An ample supply of hot bore water was one of the advantages that the Blackall Woolscour had when it started 111 years ago, and it's still a factor being used by modern promoters. Picture - Lisa Alexander.

In the same way that Blackall's pioneering industrialists had a vision of building their town on the back of wool value-adding, the latest community leaders want to use wool processing to rebuild the region in the 21st century.

In the same way that Blackall's pioneering industrialists had a vision of building their town on the back of wool value-adding, the latest community leaders want to use wool processing to rebuild the region in the 21st century.

With its biggest tourist attraction, the 111-year-old Woolscour, standing as a living reminder of what was, the Blackall-Tambo Regional Council will allocate $200,000 in its 2019/20 budget for a feasibility study into establishing a modern wool processing and handling facility in the town.

Making the case for the return of a process that left our shores less than 20 years ago for China - the machines in factories at Geelong, Parkes and Dubbo were all sold and shipped overseas when it became uneconomical to clean and spin our wool onshore - mayor Andrew Martin said the economic argument no longer rang true.

"China used to scour a kilogram of wool for 28 cents while we did it for $1.75," he said. "Now their scours are polluting the middle of their cities - what's old is new again."

Having cities grow out to wool washing factories and the environmental concerns raised as a consequence were raising the price, Cr Martin suggested.

He said that modular mini-scours, such as one operating in the Falkland Islands, coupled with a top-making facility, could provide a complete package, which could be trucked north for export.

"We have good bore water and a bitumen road to Darwin - there's no reason we couldn't have Blackall blankets, Tambo throws, whatever's needed."

A wool-handling centre, the byproduct of lanolin, and an inventive mixture of the scoured wool's discarded vegetable matter, woodchip from the sawmill at Tambo, plus manure from the Blackall Saleyards, for potting mix, were other possibilities for a feasibility study to investigate.

China's decision in February to suspend imports of South African wool following a Foot and Mouth outbreak would also contribute to the popularity of Australian wool imports, Cr Martin suggested.

He said such a facility could be built on council land adjacent to the Blackall Saleyards.

"I'm excited that this council is progressive enough to get the vision and have a go," he said.

Individual councillors expressed reservations about the quantity of wool available, despite the renewed enthusiasm for wool production in the wake of cluster fencing projects, but Cr Martin said there was no reason why parts of northern NSW wouldn't find it viable to send their wool north to Blackall.

AWI's east hemisphere general manager John Roberts agreed that environmental constraints were greater in China than they had been.

"The competitive edge is still there but it's diminishing quite significantly," he said.

Mr Roberts said an early stage processing plant in western Queensland could be quite viable, saying the benefits didn't lie in processing costs, which were still dear in comparison to China, but in the consolidation of logistics, and pulling together like wools.

"Processing on its own won't be a panacea, but I admire (Cr Martin) for having a go," he said.

"If they then wanted to market their wool, there's definitely avenues for that.

"Consumers these days want provenance, the story of wool from a regional perspective."