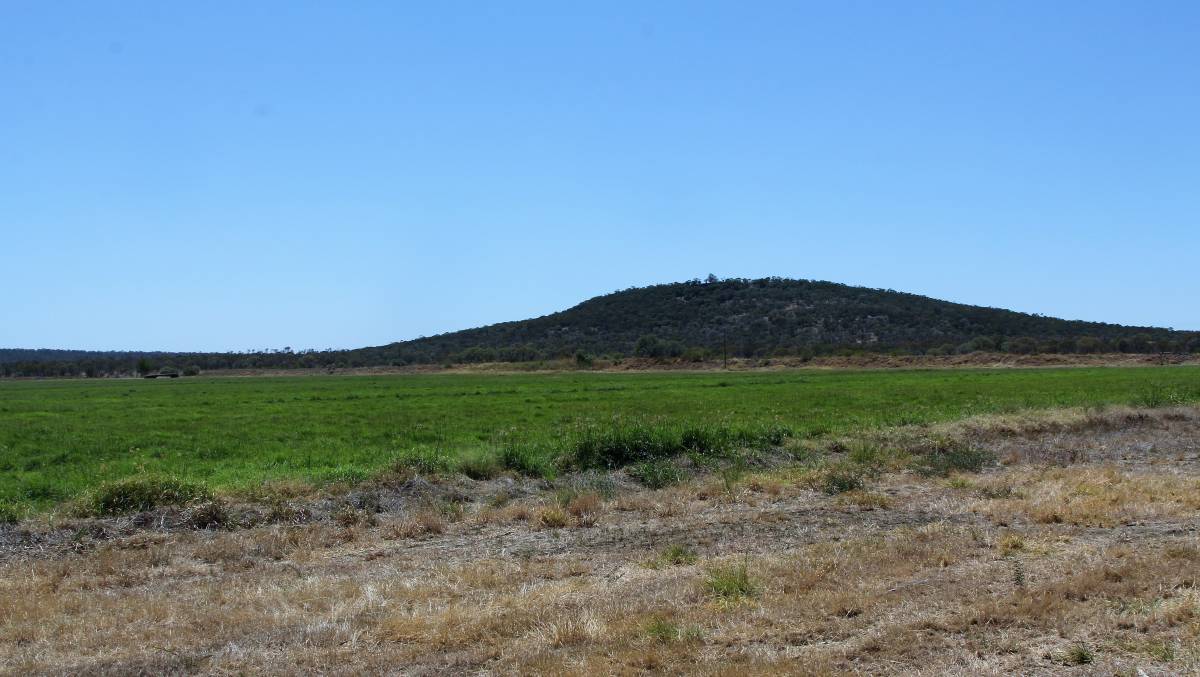 Existing irrigated crops in the Hughenden region are showing what could be achieved with large-scale water storage. Picture - Sally Cripps.

A former senior water planner in Queensland's Department of Natural Resources and Mining has poured cold water on the announcement by the LNP that it would commit $20 million towards a feasibility study to examine a revised Bradfield water diversion scheme.

A former senior water planner in Queensland's Department of Natural Resources and Mining has poured cold water on the announcement by the LNP that it would commit $20 million towards a feasibility study to examine a revised Bradfield water diversion scheme.

Opposition leader Deb Frecklington last week promised that if elected in 2020, her government would commission the CSIRO to begin advanced planning through a $20 million commitment to the New Bradfield Scheme.

The LNP has previously promoted improved water security on the eastern side of the Great Dividing Range via the construction of the Nullinga Dam, Urannah Dam and Rookwood Weir, and by raising the Burdekin Falls Dam, and Ms Frecklington said this project complemented them.

"During the February floods in North Queensland, the volume of water spilling over Burdekin Falls Dam would have filled Sydney Harbour in just five hours," she said. "That water all went out to the sea - but the New Bradfield Scheme would capture North Queensland's water and use it to create new jobs and secure the future of rural communities."

Read more: 'We should build the Bradfield scheme': Joyce

Tom Crothers, a former general manager of Water Planning and Allocation for Queensland who retired from the public service in 2011, described the scheme as 'Bradfield Lite' and said it was a pipedream to think the state or the nation could be drought-proofed by such means.

"I haven't seen much detail yet but if people think this is going to drought-proof Australia, they need to think again," he said. "For a start, in that part of northern Australia, over two metres a year is lost in evaporation."

While saying building a dam and looking to make water supplies more reliable was feasible, especially as the Hell's Gate site was one of the remaining viable dam sites in Queensland in his opinion, he returned to the topic of evaporation.

"And you're going to build something twice the size of the Burdekin - what will existing irrigators downstream in that system think about that?"

Mr Crothers' other main objection to the scheme was the lack of engineering qualifications behind the proponents.

"Sir Leo (Hielscher) was a great under-treasurer but he's not an engineer," he said.

"The CSIRO has got the capacity to look at soils and do economic modelling and so on but they're not engineers either.

"It would need the revision of all the existing water plans in North Queensland, all the hydrology and environmental modelling.

"And as far as saying the new scheme would divert water into the Warrego River and the northern basin of the Murray-Darling System, the last time I looked there were only a handful of users in the Warrego and Paroo.

"Most of them are in the Condamine-Balonne system - how is she going to get the water across there? I look forward to seeing how that's going to happen."

He concluded by saying he may be cynical but when he heard that dams were announced, he guessed an election must not be far away.

The Queensland Farmers' Federation welcomed the Queensland LNP's commitment to commission the CSIRO to begin advanced planning for the New Bradfield Scheme if elected in 2020 but said affordability of the asset was critical.

President Stuart Armitage said farmers from Hughenden in the north to Cunnamulla in the south could potentially benefit from the New Bradfield Scheme and the opportunities it presented for agriculture and the regional communities the sector supports.

"For Queensland to continue producing world class food, fibre and foliage, agriculture must have access to reliable and affordable water," he said.

"Critical to the success of this and any other water project study is a genuine examination of water yield and its reliability, particularly in a changing climate.

"And with the cost of water and associated pumping costs so critical these days, it must be clear from the outset who will bear the capital and operating costs of new schemes.

"To build new infrastructure without first rectifying the current issue of water affordability for agriculture may undermine the intention to create regional jobs and increase agricultural productivity."