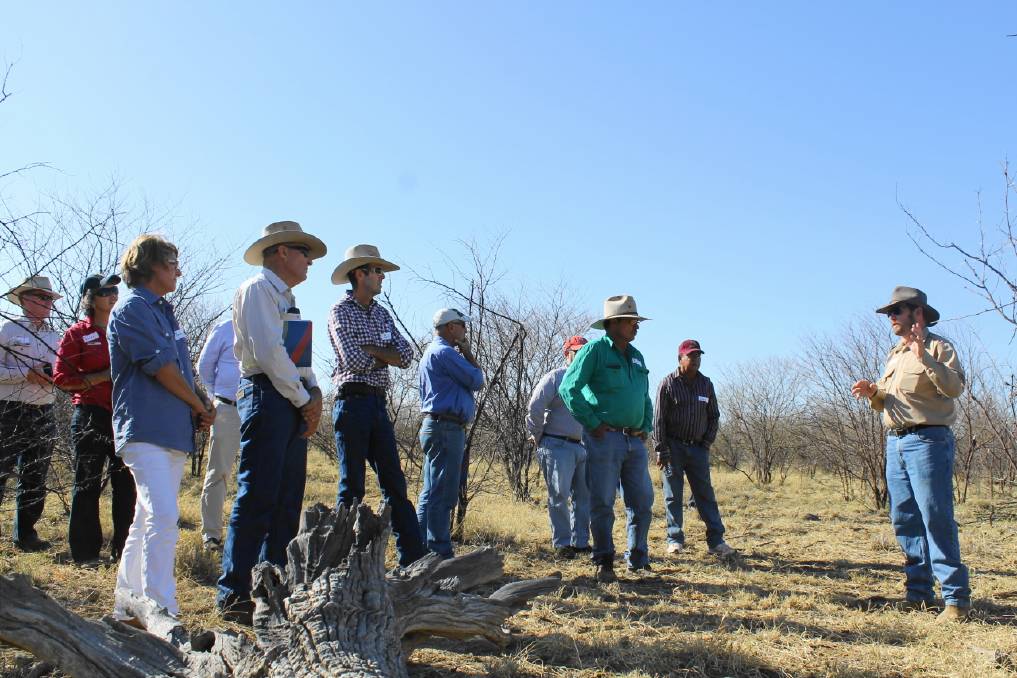 As landholders and natural resource management groups look down the barrel of an explosion in prickly acacia following February's flooding, questions are being asked about the state government inquiry into the impact of invasive weeds and their control.

As landholders and natural resource management groups look down the barrel of an explosion in prickly acacia following February's flooding, questions are being asked about the state government inquiry into the impact of invasive weeds and their control.

Those relating to prickly acacia took place in Hughenden and Barcaldine and heard from groups such as Desert Channels Queensland and the Barcoo Shire Council.

The inquiry lapsed when the November 2017 state election was called, and the new committee, the State Development, Natural Resources and Agricultural Industry Development Committee, chaired by Chris Whiting, doesn't have it listed as current business.

The LNP spokesman for agriculture, Tony Perrett has taken the government to task, saying Queenslanders were still waiting for the report after nearly two-and-a-half years.

"It is sheer arrogance that Labor has left a report sitting on the shelf hidden, all because it doesn't like what it has to say about the government's record on weed management.

"We cannot allow this culture of secrecy and arrogance to continue from Minister Furner and Labor."

Agriculture Minister Mark Furner batted that away, saying it would be a matter for the committee, which has LNP and Labor members, to re-examine the inquiry if they chose.

"As that committee was a parliamentary committee, on a self-initiated inquiry, it is not at the direction of the minister or the government," he said.

Describing that as speaking volumes for how seriously Mr Furner took weed management and biosecurity in Queensland, Mr Perrett said the LNP representative had raised it with the chairman.

Mr Madden said he was not able to comment on committee matters but the chairman, Chris Whiting said he hoped to soon be in a position where the inquiry could be finalised.

"I don't want to put a time on it," he said. "Bills from parliament have to take priority and the Greens bill on the Gallilee Basin and the Natural Resources and Other Legislation Amendment bill had to be done first."

Fears for the environment

The reopening of the weeds inquiry can't come fast enough for many anticipating the scale of prickly acacia spread now that floodwaters in north west Queensland have receded.

This is going to be one of the worst environmental crises you're ever likely to see - Desert Channels Queensland CEO, Leanne Kohler

"Over one million square cubic metres of topsoil has been displaced and I can only imagine how many seeds have gone down the Diamantina.

"Germination will be tenfold and this is not the time to be resting on laurels.

"You would think some of the decision-making might be driven by the end result of the inquiry."

Ms Kohler noted that much of the infested land was leasehold and therefore state-owned.

"Logic would show the government can't back away from weed control, so it would be nice to have recommendations to work with and a funding bucket."

Invasive Species Council CEO Andrew Cox said at the least an interim report could be published, that would still be of value.

"It would be respectful of the work put in," he said. "They obviously don't think the work of the committee was important enough."

He said closer scrutiny of weeds in general was needed in Queensland, in order to stop some that are newly emerged from turning into a big problem.

His organisation was also looking for the roll-out of the biosecurity strategy adopted after the last election, and the weeds and feral animal policy update.