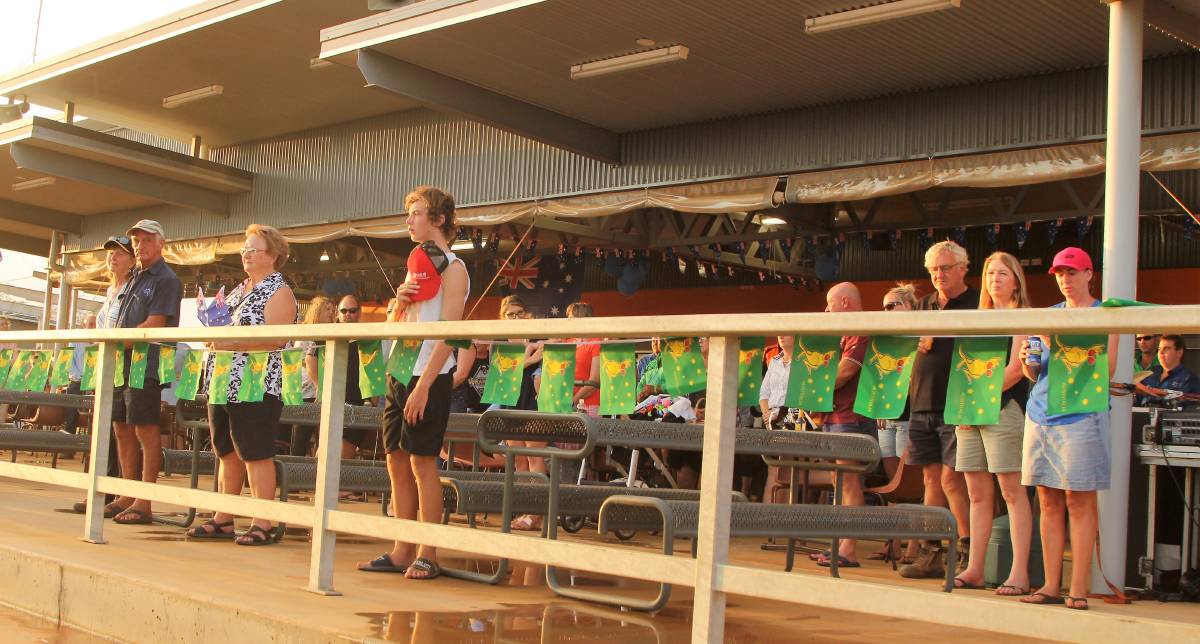 The spirit of Australia Day was enhanced in Quilpie with the arrival of the Burrumbuttock Hay Runners.

The legend that the brotherhood of the Burrumbuttock Hay Runners has become in rural Australia was enhanced in the wider Quilpie region on Saturday when trucks spread out to deliver hay across an area “half the size of Tasmania”.

The legend that the brotherhood of the Burrumbuttock Hay Runners has become in rural Australia was enhanced in the wider Quilpie region on Saturday when trucks spread out to deliver hay across an area “half the size of Tasmania”.

Carrying the generosity of ordinary Australians on their trailers, they worked with landholders in searing heat after two days of travel from southern NSW to unload trucks on individual properties throughout the day, some making more than one journey to get the job done.

Quilpie mayor, Stuart Mackenzie, speaking to a packed Bulloo Park crowd for the community’s Australia Day celebrations, said you just couldn’t get any more Australian than that.

“Brendan (Farrell) rang me about doing it last year and Cunnamulla was worse than us, to be honest, and they ended up going there,” he said. “We are certainly bad enough to qualify now.”

He said people judged a drought as severe when the mulga started dying, which was happening now.

“It always happens in the really bad droughts – it loses its value and once you get to that point you’ve got nothing,” he said, emphasising the value of the hay delivered. 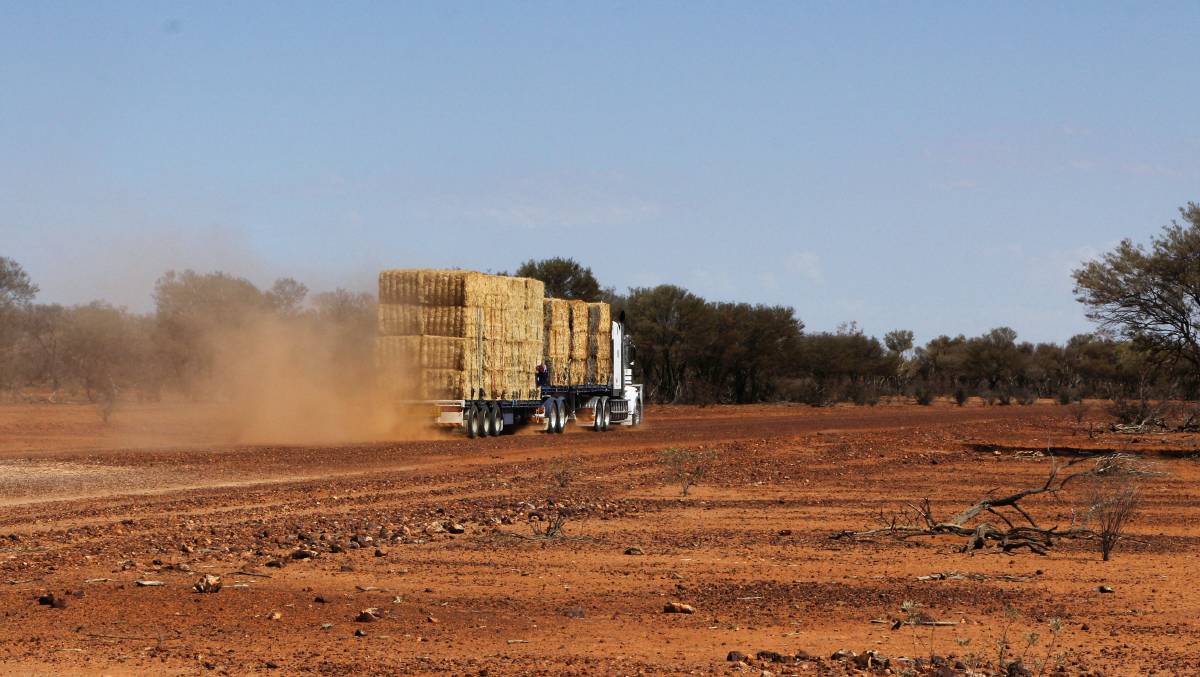 A truck making its way through parched country to a property west of Eromanga.

“Kangaroos are dying here too – individual properties will tell me this is as bad as they've seen it.”

He made the point that while politicians and others like to describe people suffering drought conditions as resilient, they were in fact just “pretty bloody good” at what they do because they deal with it all the time.

“People have made the decision they're going to push scrub if they've got it, or feed – we were feeding at home for about $3000 a week – but you make that decision from figures, and you can do that because the stock are worth something,” he said.

The positive out of the last few years has been that stock values have maintained and people have been able to receive a good price for their article.

Cr Mackenzie said every drought was at its worst at the end of January.

“Every January is hot but the dry ones are the worst. If you've got any feed it's scorched.

“And just, the heat. When you're going out pulling scrub and your dozer breaks down and you're under there fixing it, that's when it gets to people.” 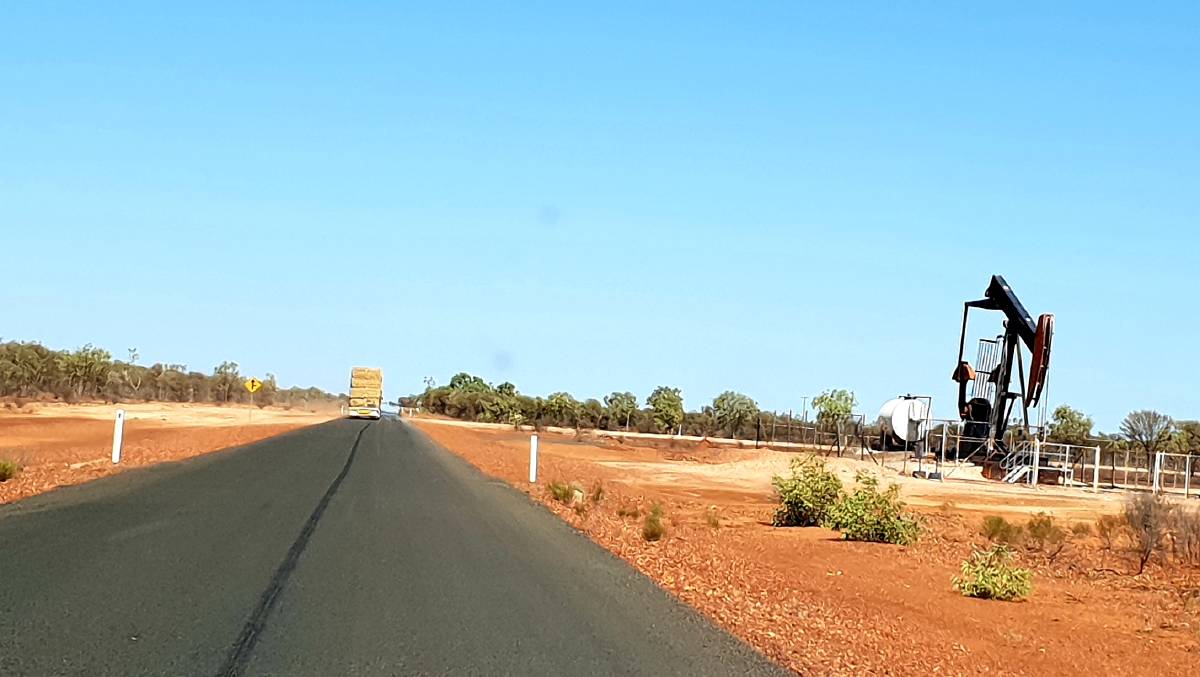 One of the trucks loaded with hay travelling towards Eromanga.

He was very supportive of what had been done by the Hay Runners in the wider community.

“These guys – 160 trucks, full, and well loaded, it won't last months or anything but you can't do any better than that.

“To put that sort of supply together, and just say you're feeding rams or got a mob of cows, you can get enough hay here to feed them for two months.

“That's significant. But just from the psychological point, it's a classic on Australia Day.”

He praised the way they supported local businesses, bringing stock feed and not a lot else.

”These guys have been absolutely great – I saw them walking out of the bakery yesterday with just piles of pies and sausage rolls.

“I haven't heard anything negative and nor should there be.”

Organiser, Brendan Farrell, praised the band of helpers for sticking together and helping each other out as well as the landholders.

Describing it as a very difficult hay run to organise, he thanked all the drivers for “slugging it out again when it was 80.1 degrees asphalt temperature, blowing tyres”.

“I want all the locals to give a big hand of applause,” he said on Saturday evening, to resounding cheers.

As Brendan said earlier in the day when the drivers prepared to travel out and distribute hay, this was not just about hay, it was about friendship.