The Quilpie Shire Council has decided that exclusion fencing should be its spending priority to alleviate the effects of drought in the region.

Community building projects have been the focus of many local governments dealing with the impacts of drought in their regions but the Quilpie Shire Council has decided that exclusion fencing should be its priority.

Following the model of the Queensland Feral Pest Initiative funding rounds, the shire is using half the $1m provided under the federal government’s Drought Communities Program to offer a subsidy that’s the same rate as the cluster fencing program, $2500 per kilometre, to help shire property owners erect exclusion fencing.

“Councils tend to put money into towns but the grazing community is the mainstay,” mayor, Stuart Mackenzie said.

“When they’re putting an investment in when it’s so dry is really encouraging.

“The average exclusion fence costs $8500/km so it’s a big investment, especially when people are down a third or a half of their usual stocking numbers.”

Quilpie grazier, Stephen Tully, who helped assess the applications in his capacity as shire wild dog committee chairman, gave the initiative the thumbs up.

“I have to give the council a plug – it puts people on the front foot, without all the red tape, and the whole economy will continue to benefit in coming years.”

“It doesn’t matter if you get a contractor in to do it or if you do the work yourself, it still immediately brings money into the towns,” he said then. “And if we can bring the sheep and wool industries back to these regions, we will bring back the shearers and that would be a huge boost to the towns.”

Seven successful applicants are now putting up another 205km of fencing as a result of the program that came from Mr Morrison’s drought tour, including the Tullys, who are fencing inside the 600,000ha cluster that straddles Quilpie and Windorah shire boundaries, to lock down the wild dogs that remain inside.

While 90 dogs have been removed since the cluster was completed two years ago, Stephen said there were more still to catch.

“But we’ve now got sheep running up in hills where they haven’t been for years,” he said. “Even though we’re low rainfall, we’ve got good herbage country and being able to use it again will help with drought-proofing us.” 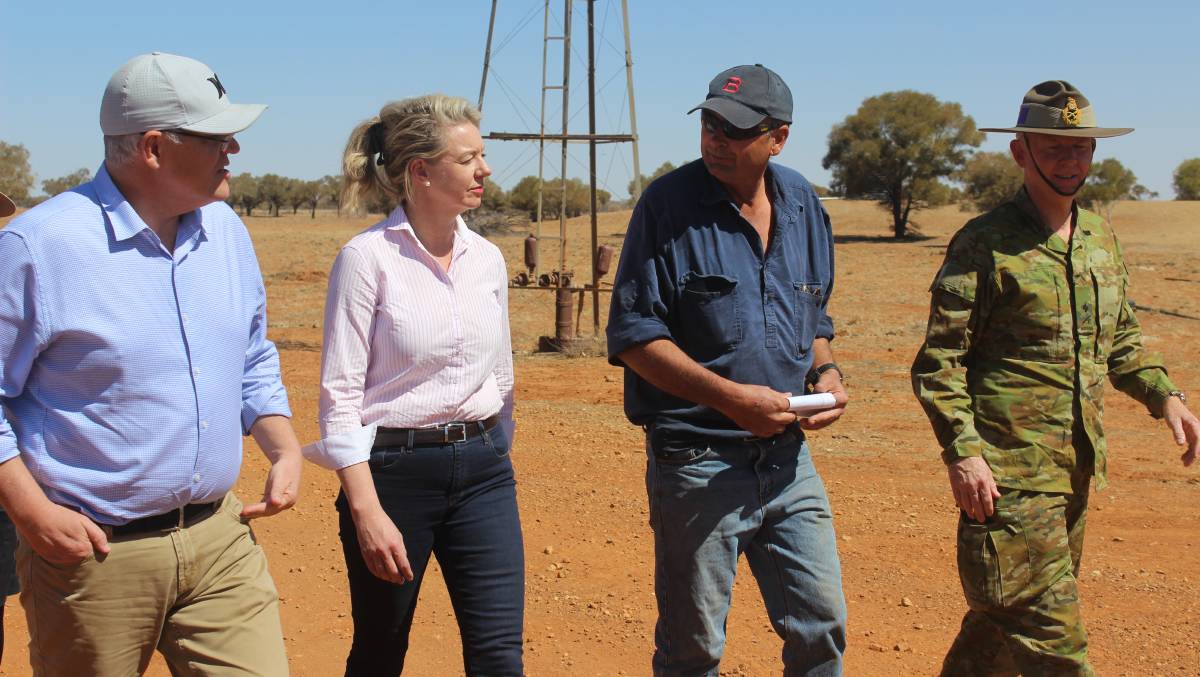 Cr Mackenzie said the criteria included enclosing an area, running sheep, having a community benefit, and being finished by May.

Another criteria is that the money has to be spent either on employing local contractors or on buying materials through local suppliers.

“All the successful applicants are either in or join a cluster – everyone wants to fence, basically,” Cr Mackenzie said.

With the seven clusters already up in the Quilpie shire and the potential for another four, depending on outcomes of the latest state government funding round applications, the 205km of wire being put up in the next six months will between a third and one half of the shire fenced off, predominantly in the western half.

“Forty years ago every property was fenced so we’re really going back to that,” Cr Mackenzie said.

He said the council would be open to continuing the program if other funds were available.