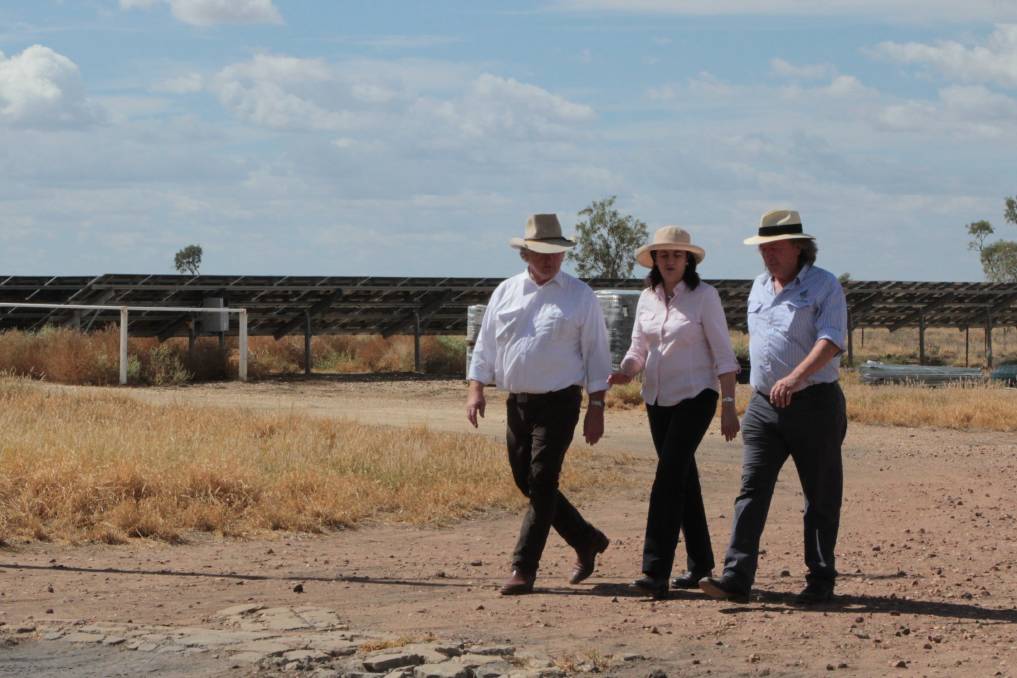 The bush has always been good at helping each other out and that’s what Vaughan Johnson wants to do in his new role as a drought commissioner.

The bush has always been good at helping each other out and that’s what Vaughan Johnson wants to do in his new role as a drought commissioner for the state government.

“I hope I won’t be doing it for too long, but people don’t understand – it can take five years to get back on your feet if you’re a cattle producer, two if you’re in sheep,” he said.

“I’ll be consulting with councils and producer organisations as I travel around, but having lived in the west all my life, I know the most important thing is cash.

“I’ll be suggesting the best way to go about using it, for rural producers not producing and towns struggling to keep local people employed.”

Premier Annastacia Palaszczuk appointed Mr Johnson and Charleville’s Mark O’Brien as drought commissioners on Monday, saying they had agreed to work without remuneration to personally provide her with firsthand information about the effectiveness of drought assistance across affected areas of Queensland.

“This work will build on the success Mark and Vaughan have had as wild dog commissioners across western Queensland, and their own experience in working with welfare and community groups throughout our regions,” she said.

The Remote Area Planning and Development Board has welcomed the initiatives but has called for the government funding to be targeted so services reach the right people at the right times, are well planned to avoid duplication, and are based on researched needs of the community.

“As a taxpayer I want to see the communities getting optimum care and the government delivering the best possible outcomes from this investment,” RAPAD chairman, Rob Chandler said.

“Over the past six years of drought in our region we have seen the wave of goodwill and investment to support communities come and go.

“As an advocacy organisation we know if unmanaged and poorly researched, the wave could lead to duplication and missed opportunities.”

RAPAD has had stewardship of the Rural Financial Counselling Service North Queensland for a number of years, and its chairman, Rick Britton said there were clear and helpful synergies between the services.

“We have experience in assisting producers in financial hardship, which often is tinged with emotional hardship. We understand the back story and we see at times where service gaps exist or at worst duplicate,” Cr Britton said.

RAPAD was keen to see the Western Qld Primary Health Network play a commissioning role in the delivery of any new funds coming into the region to ensure optimum service delivery.

“We know our community better than anyone and we want to make ourselves available to support the department and its service delivery,” Cr Chandler said.

The Beyond the Dust report released by the Western Queensland Drought Appeal had many recommendations to help build resilience in communities going through drought.

“Unlike other natural disasters, the effects of drought are felt over the long-term, so $4 million will go to the Wellbeing Service provided by the Royal Flying Doctor Service over the next four years,” the Premier said.

“There’ll be more mental health assistance through another $2 million over two years for the Tackling Regional Adversity through Integrated Care program in drought-affected communities.

Mr Johnson said while there were many services available to assist people, mentioning Outback Futures, he wanted to see resources reaching people in more remote parts of the state.

“It’s good to have these things in Longreach or Winton but we’ve got to get them in more remote places as well,” he said.