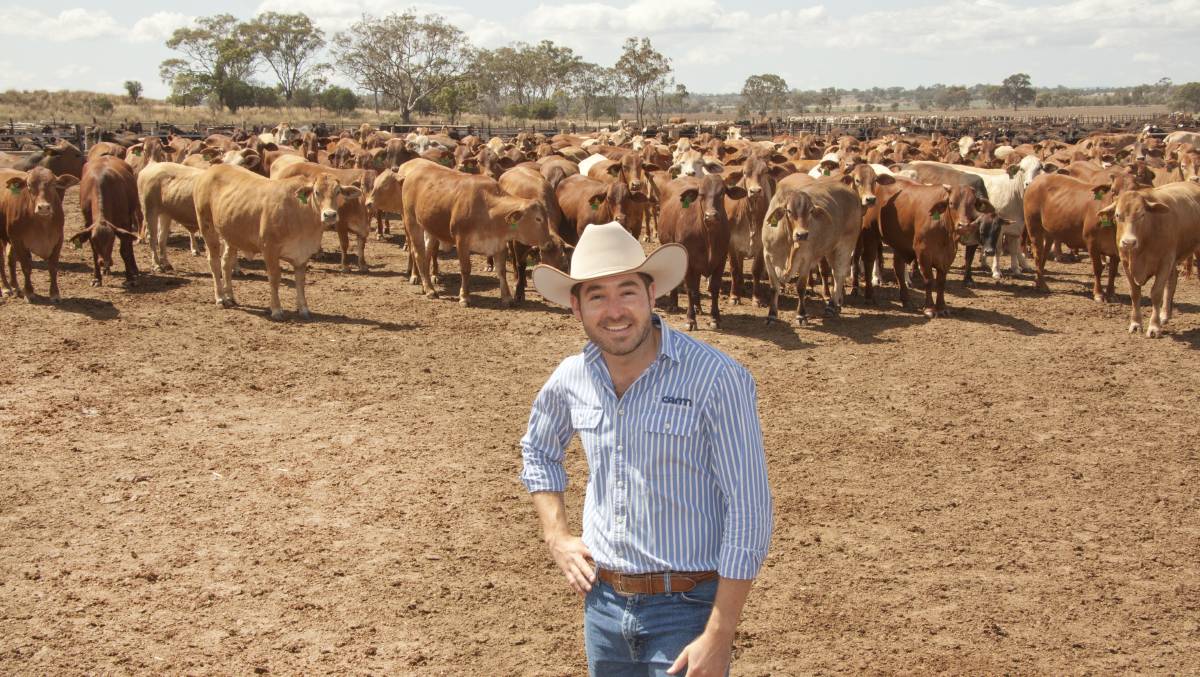 QCL's columnist, Bryce Camm is pleading for better understanding of rural issues and national conversations around things like water storage, rather than tear-jerking coverage of the drought.

This past weekend I reached breaking point. I cannot take any more of the drought, so instead of collapsing into the arms of politicians in front of a media throng or starting a well-meaning, solve-nothing charity I’m penning this column. To the media bleeding hearts out there I say prepare your stones – I am ready.

Droughts are not new in our great southern land; in fact the very birth of our nation is heralded by the federation drought which lasted six years until 1903. In that time our national sheep herd fell from 106 million to fewer than 54 million and the national cattle number fell by 40pc. A short read through history will reveal drought is a part of our nation’s fabric, to the point where our folklore names them like great battles – the Settlement Drought, the Great Drought, or the Millennium Drought.

In the past two weeks there is not a paper, television, radio or Facebook feed that has not oozed with bleeding hearts of the drought, a proverbial shockwave of grief and woe. Following the media’s hype one would have thought that the current big dry only started last month. Call me a cynic but it looks like the drought has come to Sydney’s doorstep and that's why it’s a national crisis. How about a shout out to the poor souls of western Queensland who have been battling this dry for over three years.

The dry is real, tragic and devastating for those affected and touched by it. I’m just unsure what an outpouring of national grief from our media is going to do about the situation. To go further I actually think it is damaging to agriculture’s profile. This doom and gloom outlook does nothing to inspire confidence around our sector. Confidence in terms of investment or career prospects are damaged by media generalisations around the drought, to say nothing about the constant efforts to draw conclusions about manmade climate change. The media ‘rejoices’ in the devastation but does little to celebrate the farmer who ingeniously has drought-proofed his enterprise, diversified his income or installed water systems.

The media proliferates this story because grief sells – politicians jump on the bandwagon because donning an Akubra and ‘supporting’ farmers buys more vote than Pauline asking “please explain” during a by-election.

For everyone, the ‘support Aussie farmers’ mantra is strong but I’m unsure if we aren’t buying unwanted consequences with the latest season of “Drought Survivor” being played out on a television screen.

Currently there are around 90,000 farmers in this nation. Since 2014 some 7,900 have received financial assistance under the Farm Household Allowance package – depending on circumstances, a $16,000 yearly payment for a maximum of three years out of every seven. Following the weekend announcement this is now boosted by a further $12,000 in two payments. The reality is that less than 3pc of farmers are currently receiving the relatively limited funding available.

The danger before us is that this portrayal can be used by some to suggest taxpayers are funding our farmers. Australian farmers stand on their own and have to manage their land, stock and their balance sheet to survive this drought and the next with very little government support. The Australian farmer learned the hard lesson long ago to get by without, unlike our global competitors where the EU funds some 42pc of agricultural income and the US some 38pc through subsidies and grants.

Or worse, the general population will think that farming is in terminal decline due to irreversible climate change, ignoring the reality that Australia farmers are the most productive and water efficient producers in the world, that currently our industry enjoys booming commodity prices and exports, ever-growing institutional and foreign investment in the sector, and property prices that have never been higher. The accurate story is in fact one of remarkable resilience in the face of tough climate conditions, not one of woe and handouts.

There is no doubt that the countless charities all mean well but let us not fall into the trap that a fiver for a farmer is achieving little more than tickling the conscience of the giver.

Related reading: Behind the scenes – the business of drought

The national outpouring needs to be pointed into a conversation that could actually deliver change in the economic and cultural direction of this nation. A national conversation about water storage and utilisation in this nation might be a start. China has some 22,000 major dams while we have 500 with not one built in the last 10 years. Unfortunately I can already hear the public outcry about the Yellow Polka-dotted Skunk that will be endangered if a dam is constructed, or somebody's hobby farm might be compulsorily acquired to build it.

We could explain the benefits of building an inland rail system for efficient movement of grain and fodder across the continent and encouraging competition at our ports to decrease the costs in intermodal freight.

Then there are effective, non-political vegetation laws that encourage sustainable management of our grasslands (and heaven forbid, the survival of livestock in dry periods) allowing for agile, regional-based solutions to managing this vital resource.

We need strong fair trade agreements with our global markets that protect our agricultural industries from unfair levels of subsidy and tariffs.

And finally, deliver an energy policy that provides affordable, competitive and reliable energy supply to our industries and recognises that agriculture has more than done its part of the lifting to meet our Kyoto carbon commitments.

I’d even entertain a conversation on flooding Lake Eyre and changing the nation’s climate – I just want some nation-building change to come from this media spotlight. I can’t deal with another tear-jerking story of grief, despair and a fake Akubra, shot in a paddock west of Bourke.