The Ariat Nationals Finals will be held 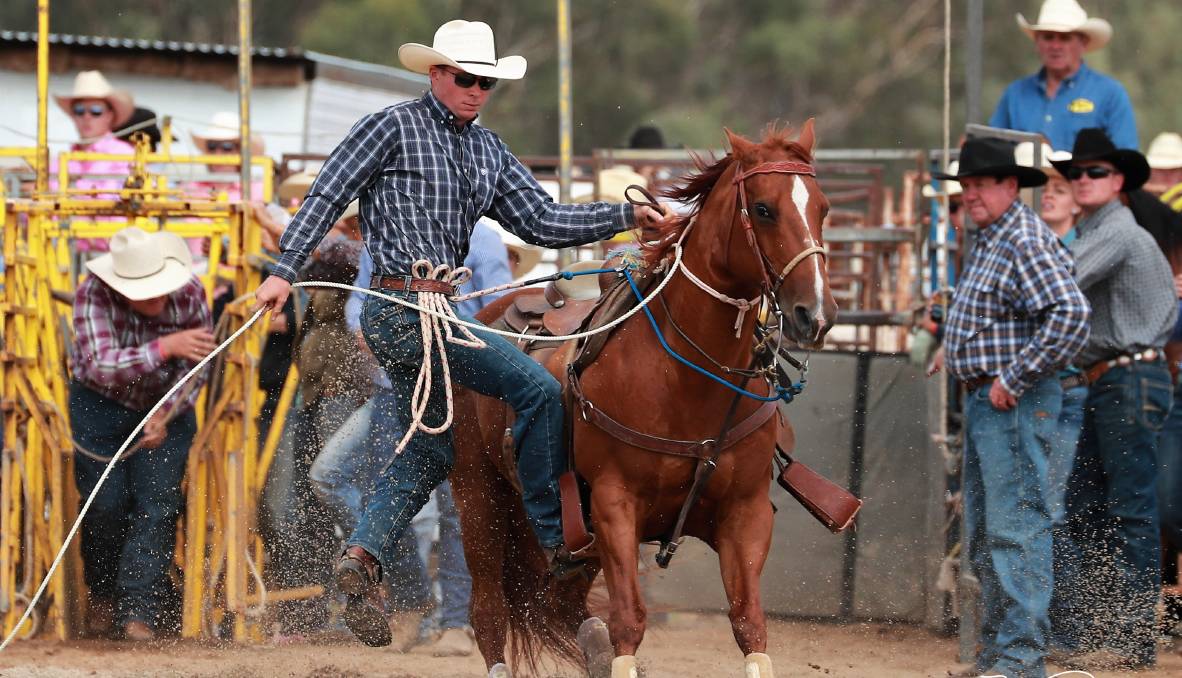 RIDERS from across Queensland will head south on the last two weekends in January for the Australian Professional Rodeo Association Ariat Nationals Finals.

The finals were originally scheduled at Warwick in Queensland at the end of October but postponed as at that time, only half the finalists would have been able to compete due to border restrictions.

The Ariat Nationals Finals are the best of the best in the APRA with the top 15 in seven events to compete at Chiltern and Alexandra, Victoria, in late January.

Chiltern Rodeo Club representative Mick Phibbs said the action would start at 7pm AEDT on January 21-22 at the Chiltern Racecourse and Recreation Reserve.

"We can have up to a crowd of 5000 at the rodeo who are doubled vaccinated for COVID-19. It is wonderful news to be able to host the first weekend of the finals," he said.

Chiltern has been lucky in the past two years as it held a rodeo in March, 2019, the last held before the pandemic hit the nation hard and all public events were cancelled.

It held its rodeo as usual on the long weekend in Victoria in March this year and will run again next March as part of the Victorian long weekend of three rodeos.

"We are getting really good feedback about the finals action in late January," Phibbs said.

The second weekend of action will be on January 28-29 from 7pm AEDT each day at the Alexandra Dame Paddy Menzies Centre.

Alexandra rodeo spokesman Andrew Embling said there were finals held in Victoria in the 1980s but this was the first finals in the state in the intervening years.

"It is fantastic to be able to host the finals," Embling said.

As well as the championship events in the APRA, the Alexandra Rodeo will have extra entertainment with trick riders and musical entertainment before and after each night of the rodeo.

All of the action will be the national finals performances which are expected to go for three hours on each of the four nights.

Lurg rodeo contractor Garry McPhee will be one of the contractors at the finals and rates Cheyenne Top Girl as his top saddle bronc horse.

She is 18 years of age and his most prolific winner in bucking horse of the year awards in the APRA.

McPhee expects two nine-year-old mares to be hard to ride at the finals, Miss Cactus and Miss Jingles.

He said horses could be at the top of their bucking game for eight or nine years but bulls for a shorter time.

"My six-year-bull High Alert has been bucking at rodeos for three years and hasn't yet been ridden," he said.

"We are rapt to have the national finals in Victoria, all our rodeos attract good crowds."

Two of the competitors to beat at the finals will be Queensland pair Campbell Hodson and Ellysa Kenny who are the current all-around titleholders.

Hodson is originally from Townsville and has also lived in Central Queensland. He has qualified in three events at the finals.

Kenny is from Emerald has won two all-around cowgirl titles.

All the action from the two nights of finals will be livestreamed across the world.

Last weekend, a rodeo was held at Kapunda, SA, and this Saturday the action will be at the Streaky Bay Rodeo By The Sea in SA.

The next two rodeos in Queensland are at Hervey Bay on January 1 and Maryborough on January 8.