Tim Harvey says he expects to see sustained investment in plant and equipment for the foreseeable future. 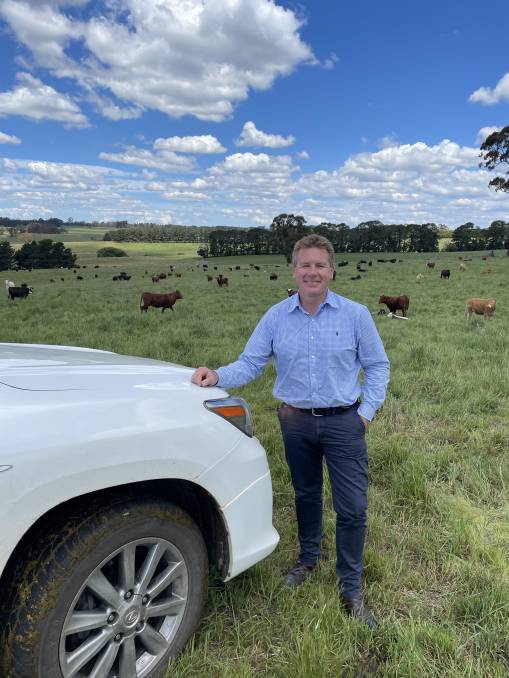 Commonwealth Bank agribusiness general manager Tim Harvey says investment in plant and machinery is a signal of the optimism throughout the agricultural industry.

Northern Territory farmers are leading the charge when it comes to investing in new machinery.

Investment from Territorians was up 138 per cent during the first quarter of the financial year the Commonwealth Bank has reported.

Next cab off the rank was Victoria on 60pc and Queensland on 49pc.

Loans for agricultural machinery nationally have risen 25 per cent for the quarter, compared to the same period last year.

The spending spree comes on the back of record-breaking prices for livestock, high commodity prices and favourable seasonal conditions across much of Australia.

"First is good seasonal conditions; second is high prices across most of the commodities; and third is access to capital, whether that's lending or otherwise, there's good availability at really good rates."

Australia's grain farmers are in the process of upgrading their fleet, with loans for harvesters up 101pc while loans for silos and chaser bins were up 64pc.

"There's a lot of livestock movement and people have invested in livestock transportation," he said.

Mr Harvey said the ongoing investment was a signal of the optimism throughout the agricultural industry.

"First-most it signals that people are confident," he said.

"The second thing it signals is people are very confident in the season but also in the profitability of their business to make a big investment.

"Third it shows there is a big crop out there to get in and people are making that investment to really ensure thy can get their big harvest off."

Mr Harvey said development in the Northern Territory has really started to take off and pointed to the emergence of cotton as a particular growth area.

Over the border in Queensland, he said the cattle industry was particularly strong, as were seasonal cropping conditions.

Cattle and cropping were also strong in Victoria and they were starting to see the dairy industry rebound.

"We are seeing strong growth across all of the states because most, but not all, of Australia is experiencing good seasonal conditions," he said.

When Australian Community Media caught up with Mr Harvey he had just driven from Wagga to Oberon in NSW.

"I drove from the cropping country all the way through to the grazing areas, where the feed availability is just amazing," he said.

"There's a great deal of optimism out there and people are extremely positive.

"I haven't seen it look this good for a long time."