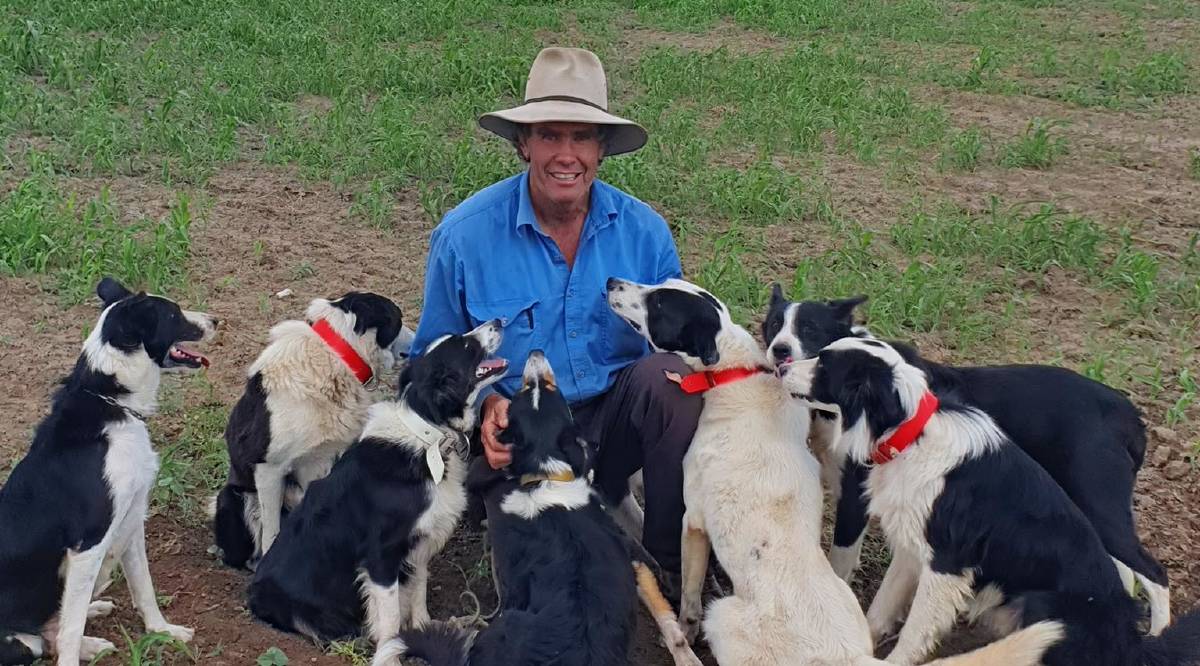 Those in the industry say demand for working dogs has never been stronger.

Prices for well-trained working dogs in Queensland may not have reached the likes of the Victorian Kelpie which sold for a record $35,000 back in June, but those in the industry say demand in the Sunshine State has never been stronger.

"The demand for a trained dog is just incredible," Pittsworth trainer and breeder Stan Hughes said.

Mr Hughes, who owns Husanley Working Stock Dogs and has been breeding and training dogs for 40 years, said while puppies were still popular, most graziers wanted to know what they could expect from their companion straight away.

"I'd have to say that the biggest demand is for trained dogs - ready to go," he said.

"These days it's getting a little bit easier to get money out of a grazier for a dog.

"They're reluctant to part with big money for a pup because they have to wait one to two years to see what value they've got.

"Having said that, I've got a litter of eight pups here now. Five of them have sold - some before they were born - and I haven't advertised them at all.

Mr Hughes breeds Border Collies for cattle work, and trains dogs for cattle and sheep work, as well as for trials. He also started a dog training school five years ago.

He noticed the interest in trained dogs taking off two to three years ago.

"The last three years, I haven't been able to keep up with dogs. I've had two inquiries this week for working dogs and it's only Tuesday."

While he couldn't pinpoint the exact reason behind it, he said the signs pointed to a labour shortage.

"Maybe in the last 12 months with COVID and employment issues, it's just exacerbated the problem and prices have skyrocketed a bit further," he said.

"All my life I've cut cattle out in the yards, drafted cattle, vaccinated dairy heifers and so on. I've done it all myself and a dog.

"When you think of what that's going to cost you to employ someone if you've got large numbers [of livestock] - [it's] a lot of money - and a dog is only a fraction of that.

"People say, 'I haven't got time to train a dog', but if you put in half-an-hour, four days a week to train a dog for a year and then put it into practice over the next eight or 10 years of that dog's life, it'll repay that money 100 times over."

Mr Hughes sells some of his dogs via auctions, but most are sold privately.

"The demand is just insatiable at the moment. People can't get enough of them," Mr Knight said.

"Obviously [staffing has] been an ongoing issue for a number of years and producers are looking to working dogs to fill that void somewhat."

Mr Knight, who also trains and breeds Border Collies near Toowoomba, said there were a lot of people who could work dogs, but many didn't have the time or the ability to train them.

"They can buy a fully trained dog, take them home, become friends with them and take them to do a job. They just don't have the time to train a dog.