It was the first time the breed had entered the competition and they rose straight to the top. 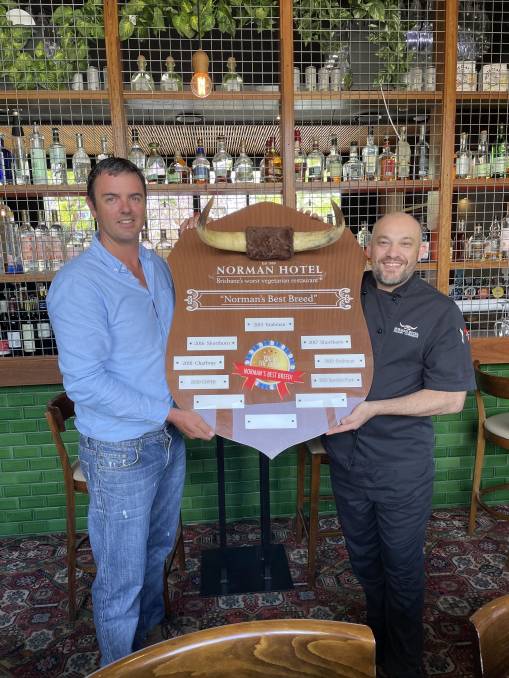 They might be pretty on the outside but Speckle Park have proven they're just as delectable on the inside too after taking out a prestigious steak competition in their debut appearance.

The breed was named winner of the Norman Hotel's Best Breed competition ahead of the Charbray, Santa Gertrudis and Brahman entries recently.

JBS kindly isolated a beast representing each of the competing breeds and supplied the meat for tasting.

For the Norman it's an opportunity to focus purely on breed over brand, with Brahmans the last winner in 2019.

"I think it's reaffirmed what Speckle breeders and enthusiasts already know and thats that we have a product we are very proud about and to be recognised by the consumers is really great," she said. 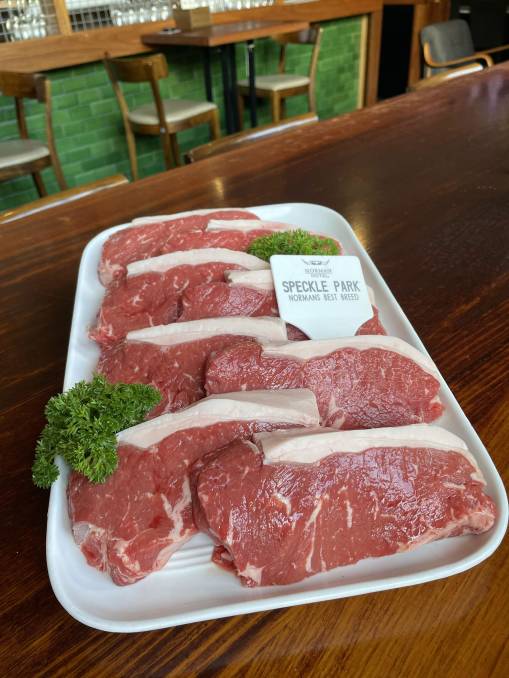 The winning steak from a Speckle Park beast.

Dean Missingham from Dorroughby Speckle Park at Westbrook represented the breed and said it wasn't uncommon to hear raving reviews about Speckle beef.

"We have found the yield and taste quality of Speckle Park has been up there with the best we ever had and the majority of people, if not all the people, we give steak to all say that's the best steak they've ever had," he said.

"It's a new breed to Australia but certainly making their mark for not just pretty colours, but plenty of substance underneath."