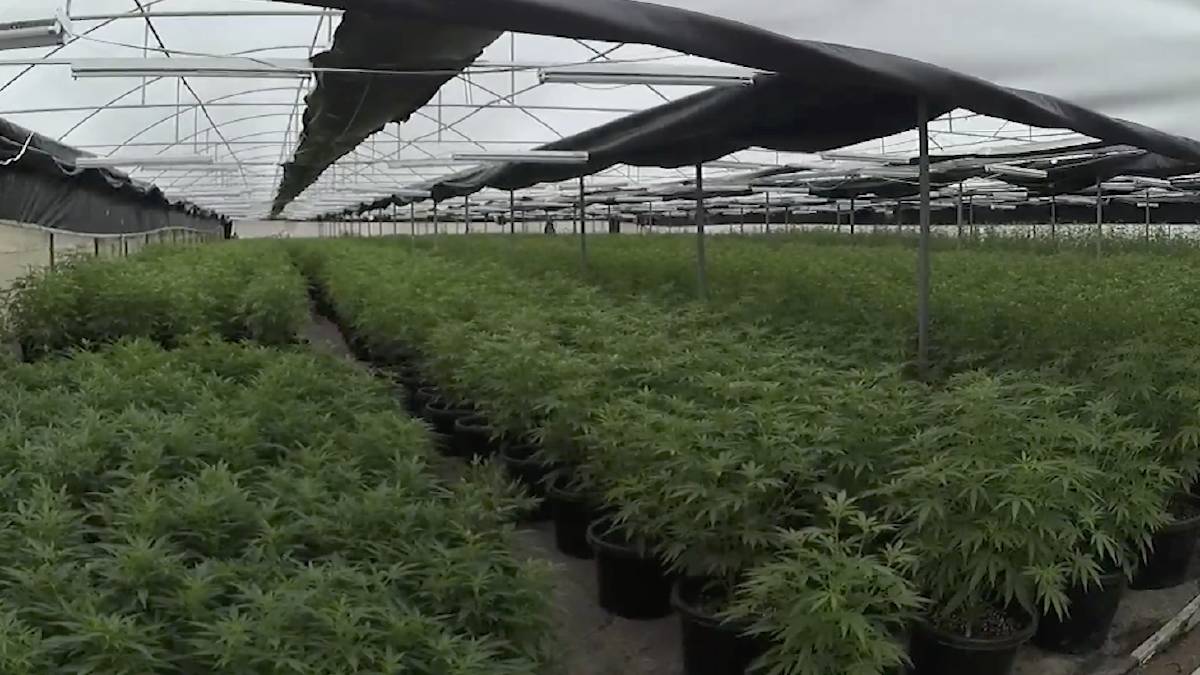 More than 10,000 cannabis plants worth about $25 million have been found at a rural property.

Police have found more than 10,000 cannabis plants worth about $25 million at a rural property in the Lockyer Valley.

Detectives from the Firearms and Cannabis Team with the assistance of MOCS Rural and Gatton District Police, executed a search warrant at a rural property in Churchable, north of Gatton, on October 14.

There they located more than 10,100 growing and mature cannabis plants in several structures, including hydroponic systems.

The total estimated street value of the drugs seized is $25 million.

Four men, 48, 42 and two 37, were each charged with one count of production of dangerous drugs excess schedule and one count of possession of property used in the commission of a crime.

Detective Senior Sergeant Tony Parsons said the grow operation was one of the largest the drug squad had ever intercepted.

"It showcases what lengths organised crime is prepared to go to make a lot of money. Which will often be used to fund further criminal activity," Detective Senior Sergeant Parsons said.

"As much as these criminal groups have no consideration for the harm they present to the public, the drug squad will always have a higher and more determined level of response and is dedicated in crushing criminal activity."

The bust was part of an ongoing operation targeting the production, distribution and trafficking of cannabis in the Darling Downs region.