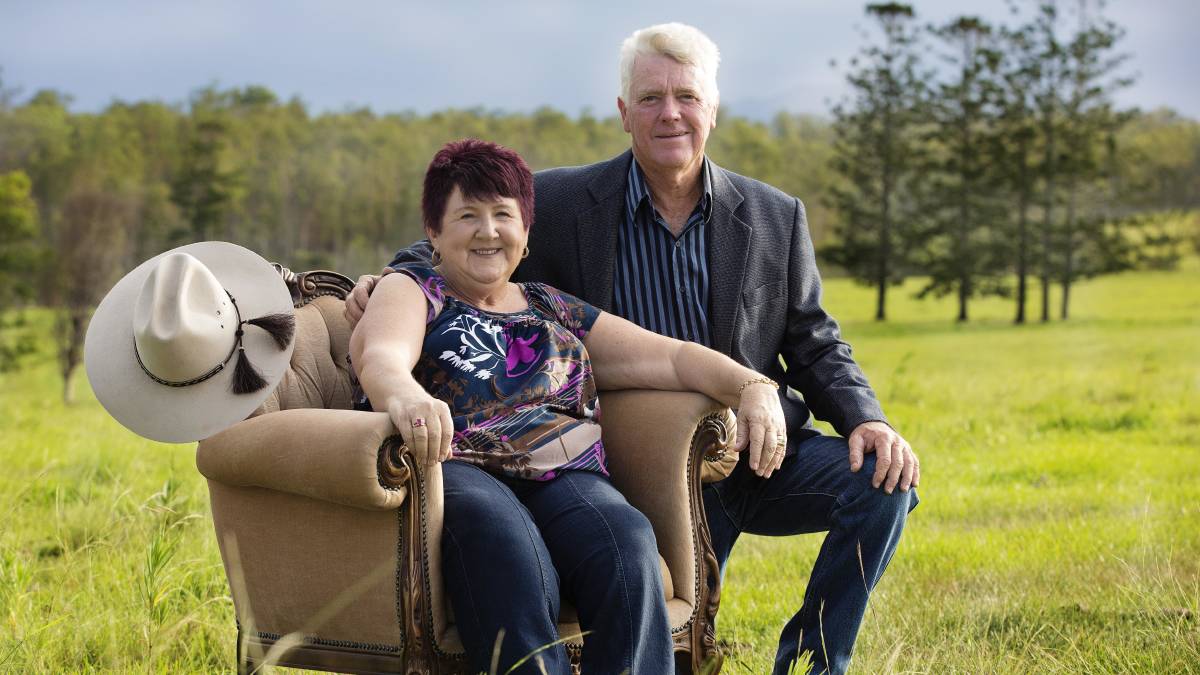 Childhood Sweethearts: Lola and with her husband Dennis "Dan" Jackson of Stuzview Brangus stud, Owanyilla, Maryborough. While Lola passed away a fortnight before the sale, her family still attended in her honour.

A renowned Brangus breeder is being remembered as a beloved 'matriarch', who's left behind a lasting legacy.

Lola Jackson was referred to as the matriarch of her family, a friend to all, and as a woman who took enormous pride in her stud Stuzview Brangus.

Her life-long dedication to her family and to the cattle industry came to a sudden end on September 26, when Lola passed away following a deteriorating health condition.

But her family say she still helped to achieve their best result yet at the Rockhampton Brangus Sale.

Her daughter Danielle Hynes said her mother had intentions of attending this year's sale however, her health started to deteriorate and she sadly passed away two weeks before the sale.

Despite the loss, the family still attended and sold four bulls for a stud record top of $40,000 and average of $25,250. Mrs Hynes said the sale result was simply overwhelming for her father and the family.

"She was always so proud and happy to sit beside Dad and watch their cattle go under the hammer. We truly believe Mum was there watching and maybe helping with those continuous bids that just kept coming," she said.

"We were very blessed with the sale results from both Roma and Rockhampton and we are so happy that all those years ago she decided to purchase Bill."

Lola was the youngest of four children to Dolly and John Stutz, who lived on a dairy farm at Owanyilla, near Maryborough in the late 50s. As her older siblings pursued different careers, Lola stayed on the farm to help her parents.

It was during this time where she met her childhood sweetheart and future husband, Dennis, other wise known as Dan, and both went on to have three children; Danielle, Shane and Ryan.

Mrs Hynes said her parents took over the property in late 60s, before switching to breeding beef cattle in the 1970s.

"Mum purchased her first Brangus bull she named 'Bill' from the Gympie saleyards approximately 20 years ago to put over the family's commercial cattle herd. The quality of this bull caught Mum's eye in the saleyards that day and she'd say that black cattle simply stood out from all the rest and was always a point of difference.

"Unfortunately our father wasn't particularly happy about her new purchase, although it wasn't long before his progeny hit the ground and Dad understood what she saw in him."

This was where the family's love of Brangus started and their stud, Stutzview, was formed in 2008.