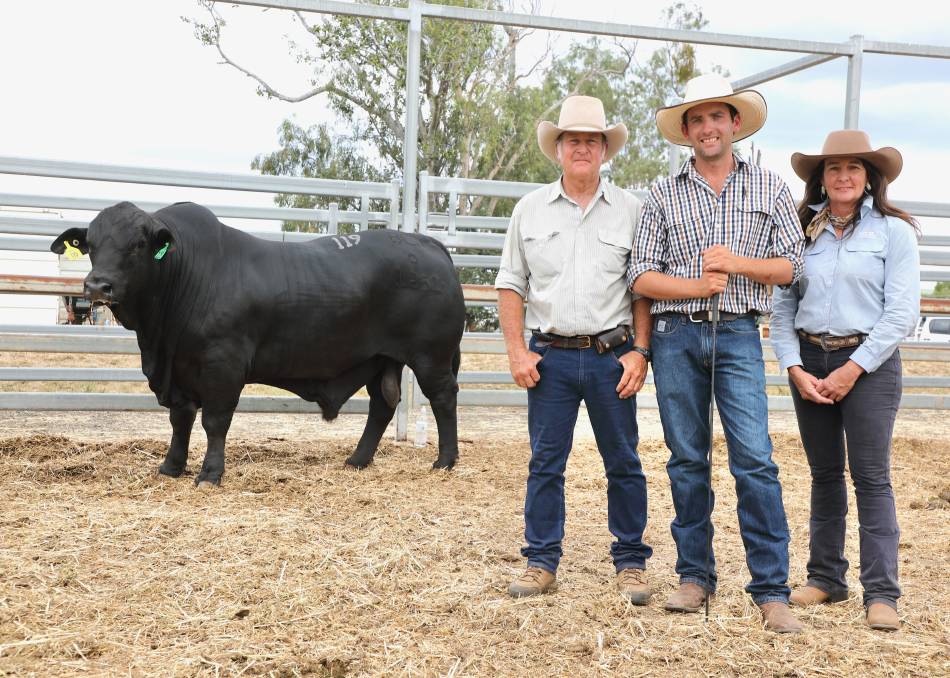 Bulls hit a record $14,637 average at the Rockhampton Brangus Sale.

Brangus bulls topped $80,000 on the way to setting a record $14,637 average while registered heifers sold to $14,000 and commercial heifers to $3000 culminating in a record gross of $2.923 million at this week's 45th annual Rockhampton Brangus Sale, CQLX Gracemere.

Male averages climbed by $2047 above that of the previous record set last year in a massive show of breed confidence.

Commercial heifers also experienced demand with average values climbing across the board by $662 per head compared to the 2020 result.

Contained with the record result was the setting of a new auction record of $50,000 for a red bull.

The 932 kilogram double-cross grandson of Glenwood 192 recorded 14mm and 10mm for fat scans and an eye muscle area measurement of 135 square centimetres. 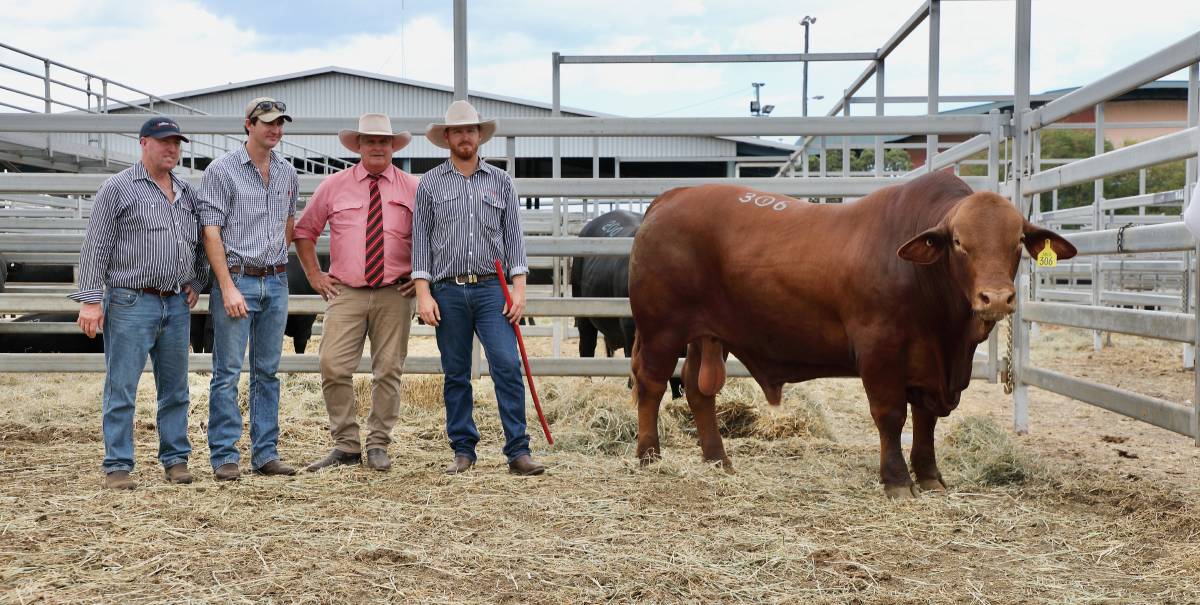 The two-year-old, 838kg son of Chadwick Downs Red Pepper was offered by the Dingle family, Redline stud, Eidsvold, and recorded 12mm and 8mm for fat scans and a measurement of 142sq cm for eye muscle area.

Taking home the bull was the Propsting family, No. 27 Pastoral Company, Richmond.

Offered by Brad and Nicole Saunders, Pheasant Creek stud, Wowan, the bull was one of eight to average the prefix $29,688.

The Pheasant Creek and Braveheart studs combined to take the $55,000 Lunar Presley, a 24-month-old offered by Brad and Briony Comiskey, Lunar stud, Emerald.

Presley, a 790kg son of Pheasant Creek Mako, headed the strong result for the Lunar prefix which collected a $19,800 average for their 10 head.

Ryan and Rachel Holzwart, Bauhinia Park stud, Emerald, took with them a $28,000 average for their five which included the $60,000, Bauhinia Park Quicksilver (AI).

Sired by Bonox 330, the 26-month, 916kg bull was offered in a three-quarter share, full possession arrangement.

Selling six red and black bulls for an average $23,833 was the Strazzeri family, Barronessa stud, Atherton.

Top for the Barronessa team at $40,000 was the two-year-old, 946kg Predator, selling to the Three Hearts stud, Cressbrook, and the Duarran stud, Roma, in partnership.