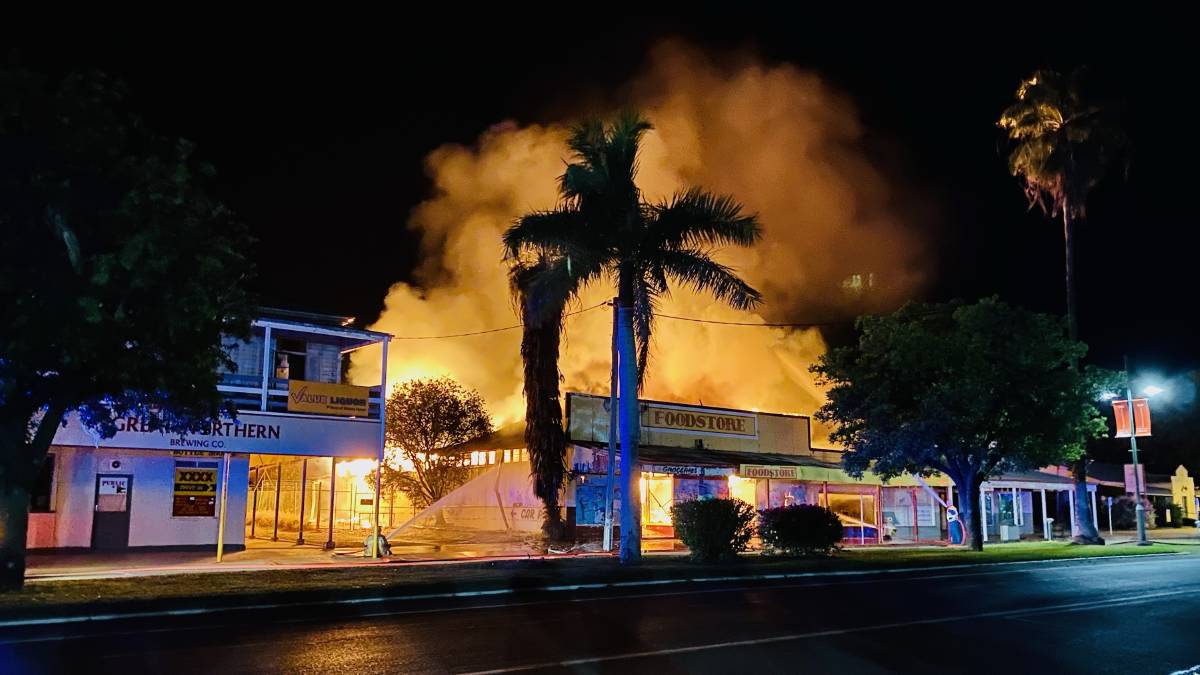 The community of Blackall watched in dismay on Sunday night as fire destroyed a former business in its main street.

The community of Blackall watched in dismay on Sunday night as fire destroyed a former business in its main street.

The alarm was raised at around 6.50pm that the old Gibson's Foodstore building in Shamrock Street was on fire.

Firefighting units from Barcaldine joined emergency services personnel from Blackall on scene to protect shops on either side of the former grocery store now owned by Jeremy and Clare Barron.

People on the scene of the blaze said the structure was still collapsing at 8.15pm but said that firefighters appeared to have it contained. 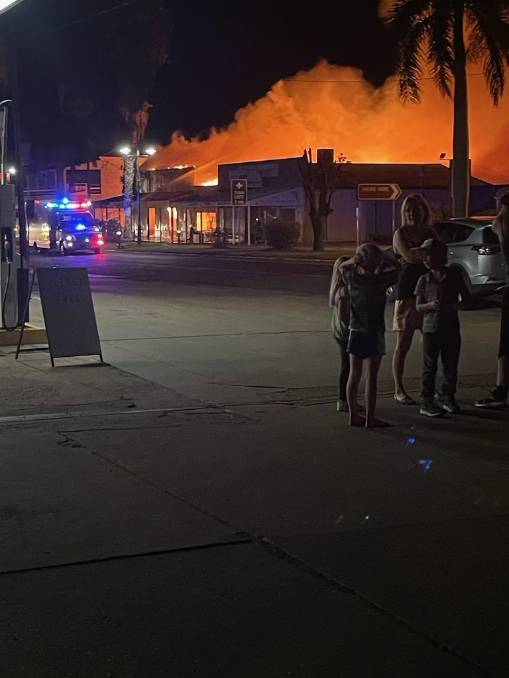 Another view of the Shamrock Street blaze. Bystanders speculated that the building contained asbestos.

Light rain was also falling, after a hot and windy day in the region.

The building, situated between the now-closed Prince of Wales Hotel, and the Universal Garden Centre, had been vacant for over a decade, apart from the Barron's livestock agency that operated from the eastern end, and more recently, a massage therapy business.

It once housed the Evans and Holmes hardware store and George Green's grocery, both names synonymous with the history of the town.

Police were not available for comment on Sunday night.