Meet the enterprising farm kids from the central west who have turned a tennis court into a thriving egg operation.

What happens when farm kids put their heads together to make a buck? They come up with an egg-cellent idea.

The enterprising youngsters have walked the business all the way through from the NSW Department of Primary Industries registration to egg production, food safety and even negotiating the deal with local service stations to sell the produce.

"We are long-term Merino wool producers and the kids thought it would be a good idea to diversify," their father Matt Seaman said.

"The kids have always been involved in the farm and we had a little chook house with four chickens, so that's how they came up with the egg business idea.

"They wanted to grow that and make it bigger so they could get some pocket money."

Two months ago, the family converted a disused tennis court into the chook yard and then added a nesting house from old timber laying around the farm.

"The tennis court is a great spot for the chickens as they are there during the night, away from predation and are let out in the paddocks during the day," Matt said. 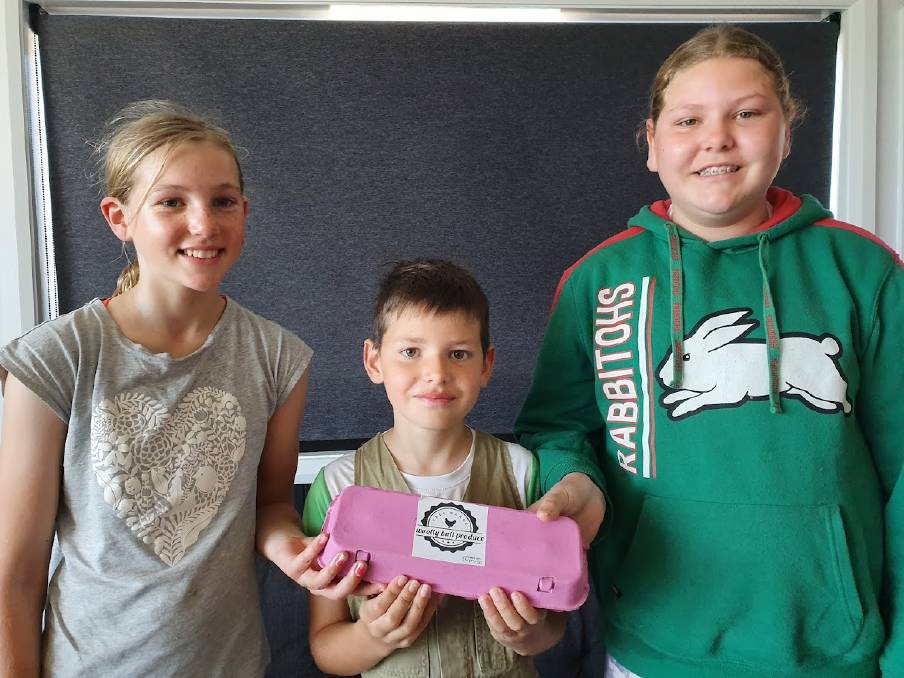 It's well and truly a family affair with each member holding a job in the egg business. Photos: Matt Seaman

Using money they had saved from working as rouseabouts in the family's shearing sheds, the Seaman siblings spent $400 purchasing their first hens.

They were 88 ex-intensive production birds from commercial producers in the region.

"The kids are already talking about setting up another hutch in the paddock and are continuously on the look out for more birds to expand their egg empire," Matt said.

From there, they went through the process to register as an egg producer, with help from their mother Tracey.

They found bright pink egg cartons for sale online, made their own label and stamped each carton for food safety for quality and date. 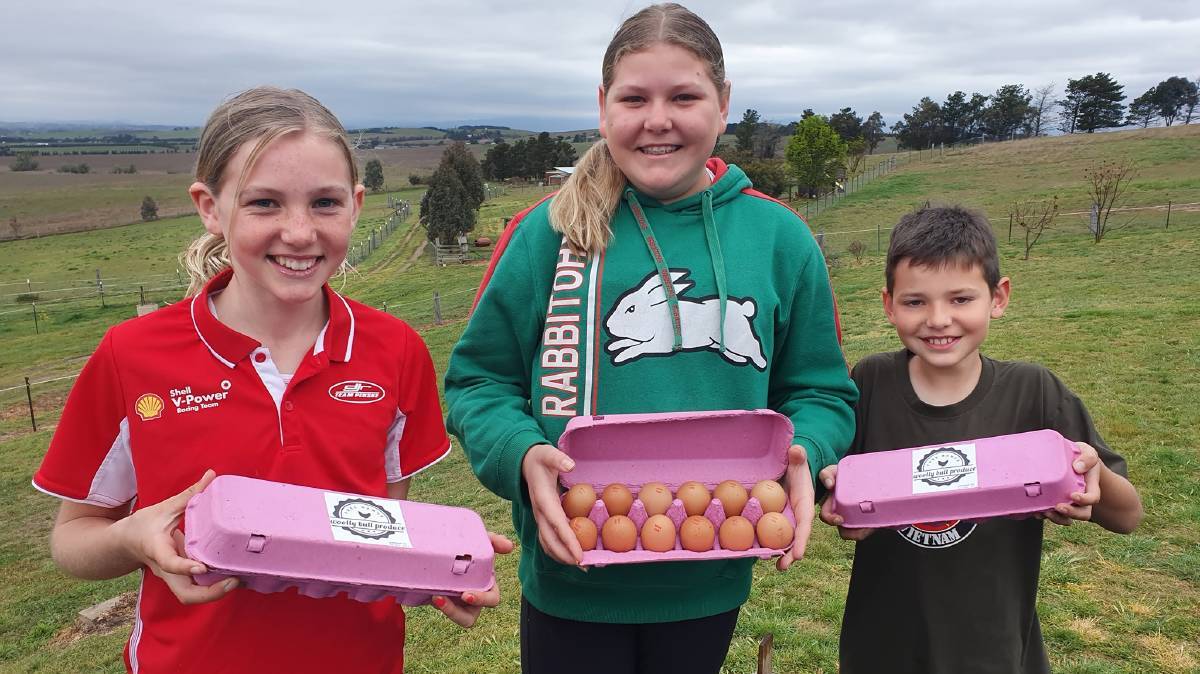 It was then up to the kids to broker a deal with the local service station to sell the eggs, which are now sold from four locations at Lucknow, Lithgow and Bathurst.

"They had to build a relationship with the service stations owners from Canberra, who for the last two Australia Days have come to the farm to help with sheep and cattle," Matt said.

They started selling the eggs six weeks ago but once COVID-19 lockdowns are over and restrictions are eased, they plan to go door-to-door selling.

But in the meantime every morning, the kids feed the chickens with screenings from the headers that were harvested from last year's oat crop.

During the day the eggs are collected, washed and graded.

It's like an Easter egg hunt adventure trying to find the eggs that can be found under trees or on the back of motorbikes.

And at sundown the chickens bring themselves in from the paddock to be locked up and secure against foxes.

Matt says it's well and truly a family affair with each member holding a job in the egg business.

Sami is the boss of labelling the cartons and recording produce dates.

Tom is charged with counting money for eggs, chicken protection and fox patrol.

Anna's role is liaising with the service stations for their orders, she makes sure the labels and stamps are on the cartons and the eggs are delivered on time.

While dad is chief driver and mum is the expertise to guide them though the applications and process.

Each child also has something they are saving up for.

For Tom, he's nearly outgrown his motorbike and wants to upsize.

Anna is a budding musician and needs a new guitar while Sami is a talented drummer and wants to expand her kit. 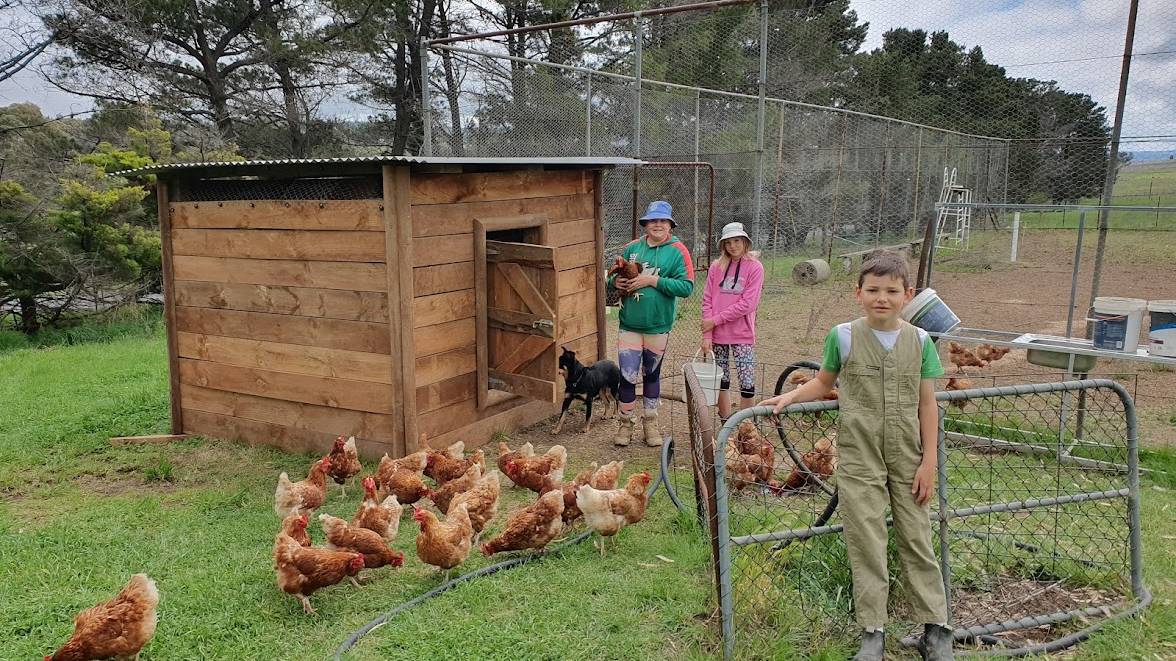 Matt said he and his wife were so proud of their kids who were always coming up with new ideas.

"They get up and have a go and see an opportunity and try to make good of it. They were driven, had the plan and just went for it.

"Watch this space is all I can say, they will keep going and keep coming up new ideas.

"Tom is already onto his next business, his idea is to have a online website called Tom's Toys and Treats for all the hard to find toys for farm kids."

The story Meet the kids who transformed a tennis court into a booming egg business first appeared on The Land.