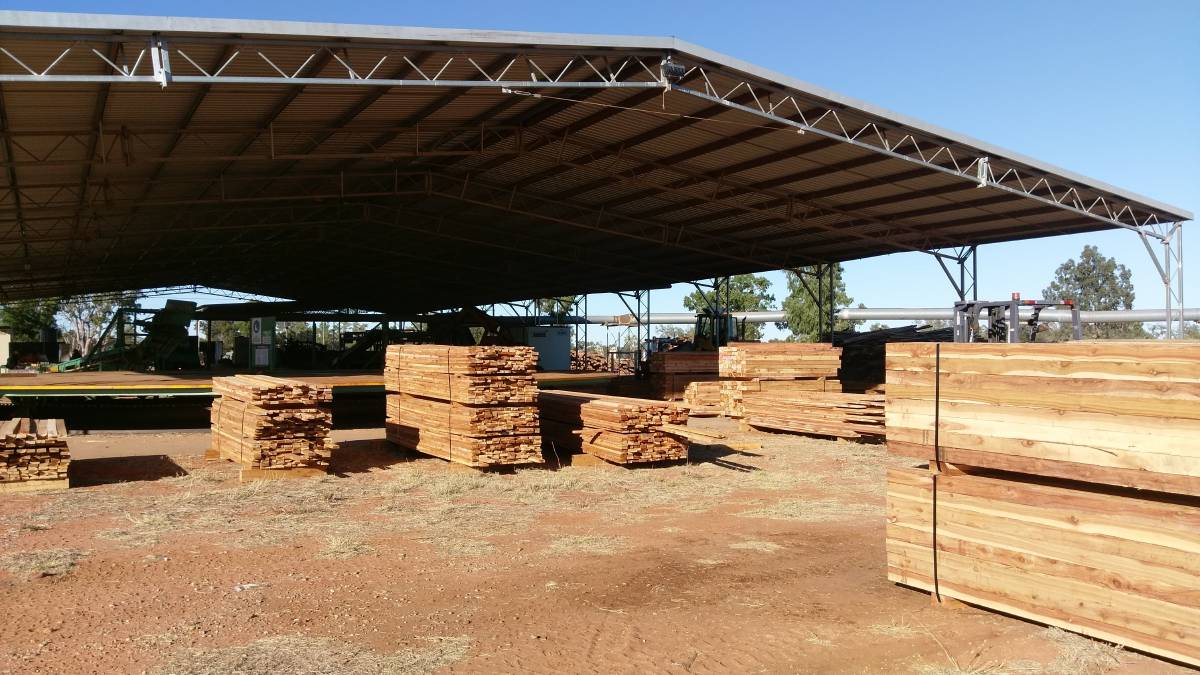 Demand for cypress pine from Western Queensland has jumped.

"This is my fortieth year saw milling and I've never had it happen before where I've been offered a price increase."

The owner of Yuleba Cypress at Miles has seen a surge in demand for the wood over the past year, fielding calls from eager Melbourne merchants and builders working on home renovations sparked by lockdowns, as well as from tradies experiencing a shortage of treated pine for house frames.

Mr Goodchild said the price typically moved a few percent each year like CPI, but "a feeding frenzy" had seen that figure rise to double digits.

"We've probably had a 10pc increase in the last 12 months and a lot of that's been offered rather than asked for - desperation in the marketplace - whereas in the past, we've had to beg for them."

Builders, fencers and landscapers from down south are currently taking more than 50 per cent of his product.

"We're still trying to keep our local customers happy as well, but the margins in Melbourne are better than what we can get here at home, so we're grabbing it while it's available," he said.

There are 11 cypress sawmillers in Western Queensland and the western Downs, drawing their logs mainly from Barakula, the largest state forest in the Southern Hemisphere at 283,000 hectares.

They are based at Mungallala, Mitchell, Roma, Injune, Miles, Chinchilla, Cecil Plains and Inglewood. 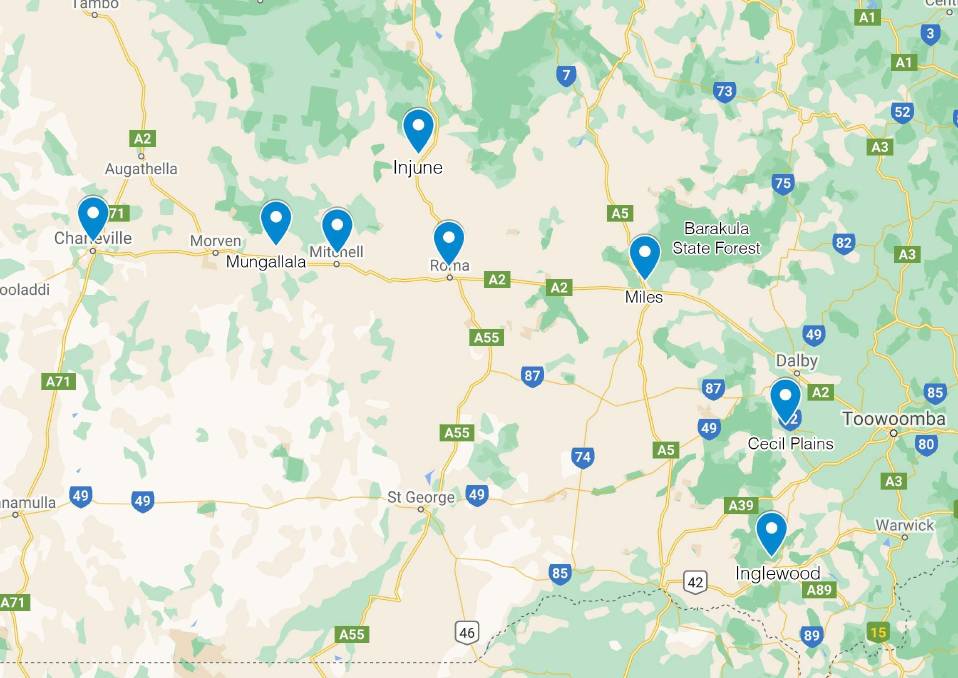 Mr Goodchild processes about 5000 tonnes of sawlogs a year, and while there is greater demand and profits have gone up, that number won't change.

"The COVID [building] boom hasn't made any difference to us. We're still doing similar numbers as we have for the previous four or five years," he said.

"I have to do four or five jobs a day to keep the place running. There just doesn't seem to be anybody available, so that seems to be the biggest issue is recruiting."

The saw miller even travelled to the Philippines in 2007 to recruit three 457 visa workers.

"Recruitment isn't a new issue, it's just an ongoing issue. I've just tailored the business to mesh in with the staff levels that I've had pretty consistently for the last four or five years, and I'm just happy with those numbers.

"So if we can squeeze a little bit more margin out of the same numbers, then I'm happy with that." 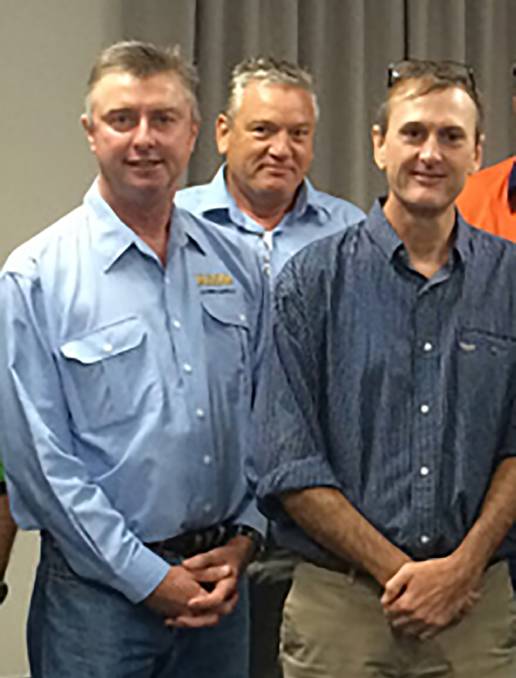 Mr Goodchild said builders moved away from his cypress 10 years ago, opting for treated radiata pine, so he moved onto other products.

However, with low interest rates, high household savings and government grants boosting demand for new builds, he's been getting enquiries from hundreds of tradies looking for lumber.

"There's been a lot of calls from builders who haven't used cypress for 20 years. I would say I've had in excess of 100 builders ring me in the last three months trying their hand just to see what's available.

"They're looking for thousands of frames a week and our industry could probably produce maybe 10 a week, so we're not the fix-it they were looking for.

"Cypress has carved out a niche that takes it away from the commodity that is cladding and house frames."

The demand for Western Queensland wood could be further fuelled if Victoria's promised native logging 2030 phase-out and WA's 2024 phase-out go ahead.

"Their enlightened government down there is closing all the forests in Victoria so [they will lose] access to what they've traditionally used down there for pergola decks and outdoor structures basically," Mr Goodchild said.

"We're a bit like the irrigators and the fisherman - anyone that uses the natural environment to make a living is very exposed all the time.

"[Politicians] have this idea that they're saving the environment by locking it up but it doesn't work."

"These products are an ... important part of the build cycle and are used in our homes for decking, cladding, flooring and furniture," Mr Stephens said.

"Fortunately, we do have significant native forest resources across the state that can meet growing demand, subject to supportive government policies. 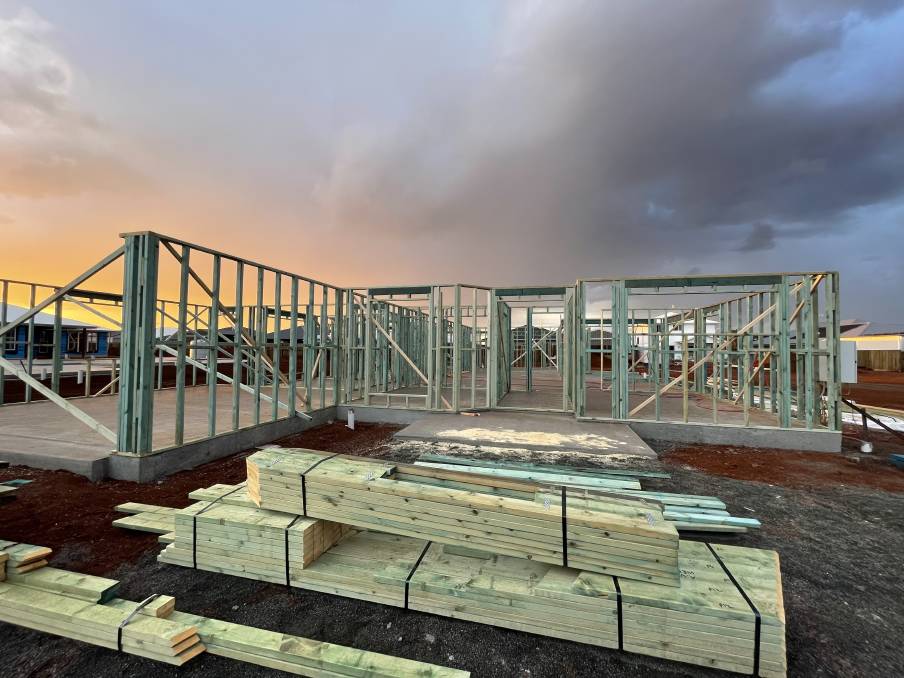 It's not so rosy in the treated pine industry, as Queensland faces a timber deficit of 56,000 house frames in 15 years, according to a recent report by Master Builders Australia and the Australian Forest Products Association.

That's a city the size of Cairns short in timber.

The report urges state and federal governments to work to increase domestic plantations.

Agriculture Minister Mark Furner said the government continued to work with industry on ways to support the state's timber sector.

"While different regulatory and environmental circumstances in each state make national solutions difficult, ongoing collaboration with the Commonwealth and other state governments will be important to working toward solutions," Mr Furner said.

"The local timber industry typically supplies around 70 per cent of demand in Queensland, with the remainder sourced from imports which have been squeezed in the face of an overheated global market," he said.

"This situation simply underscores the need to increase sovereign capability in timber production and to get more trees planted for future long-term production."