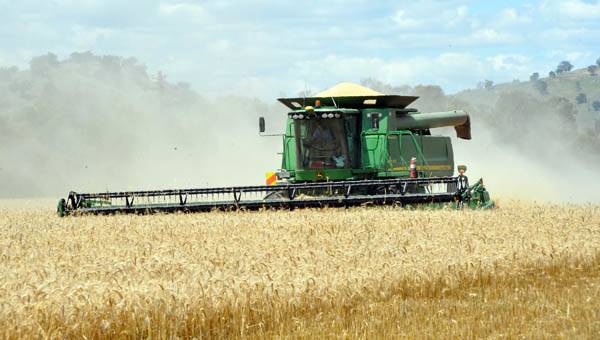 Rain across southern Queensland in the past week will guarantee a massive winter crop harvest.

Soaking general rains across southern Queensland in the past week will guarantee a massive winter crop harvest.

Falls ranged from 15-45 millimetres across southern Queensland with 20-50mm across the southern half of the Central Highlands. The central Darling Downs received 15-20mm with 20-40mm across the western Downs.

Early barley harvesting around Goondiwindi has been stalled by the rain, but it came just in time benefit wheat crops. Farmers are saying it last week's rain will lock in record high yields in many areas. Traders are saying the rain assures a 2 million tonnes plus state wheat crop for the first time in 14 years.

Farmers are now looking for some hot, dry weather with wheat harvest expected to kick off in late October. A spike in temperatures this week will see paddocks dry out, with most areas expected to see the mercury climb into the low to mid 30s in the coming days.

Extended weather forecasts from the Bureau of Meteorology are forecasting warmer than normal temperatures in the October and November.

NSW and Victoria also received general rain in the past week. WA also received showers last week, with SA the only state to miss out. 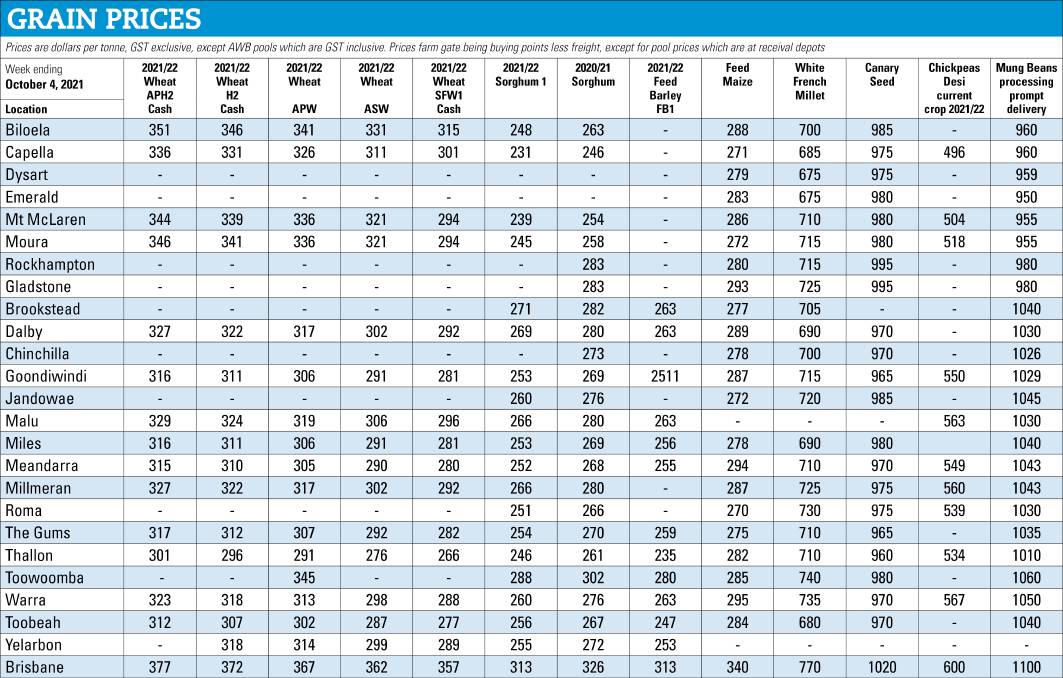 Heavy falls were recorded in northern NSW with 40-60mm across Walgett, Moree, Collarenebri and Mungindi.

Local grain prices remain well supported on the back of strong global markets. New season's wheat was steady at $335 delivered into the Darling Downs. New crop feed barley was up $5 at $295 delivered into Downs.

Global wheat futures surged 5 per cent higher last week after the United States Department of Agriculture lowered its forecast for the for the US wheat crop. Wheat futures rallied after the USDA cut US wheat production by a further 1.4mt to 44.8mt.

Reductions in the US wheat production forecast followed the release of the USDA's September 1 quarterly grain stocks, which showed smaller than expected wheat stocks after the recent harvest.

Cuts to the US wheat crop are compounded by poor wheat crops in Canada and Russia.