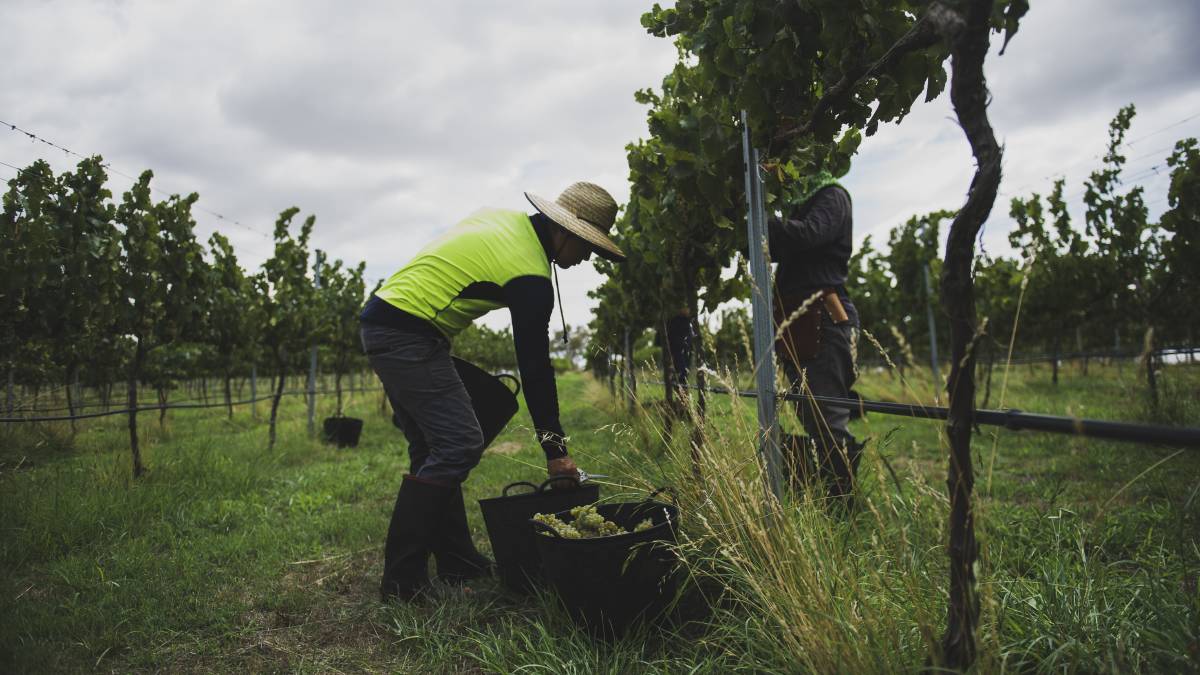 NO DEAL: Farmers have warned the government not to trade away the 88-day rural work requirement for European backpackers.

Farmers have warned the government not to scrap the 88-day rural requirement for working holiday makers in its trade negotiations with the European Union.

FARMERS have warned the federal government not to scrap the 88-day rural requirement for working-holiday makers in its trade negotiations with the European Union.

Australia is in the process of hammering out a free-trade agreement with the EU, however discussions have been postponed by a month after Australia cancelled its multi-billion dollar submarine contract with France.

NSW Farmers president James Jackson said the agriculture industry was "blindsided" when the 88-day rural work requirement was scrapped for United Kingdom backpackers - who make up about 25 per cent of harvest workers - in the recent FTA between the two nations.

"We certainly don't want Europe on the same deal. We don't want the 88-days to be negotiated away.

"Everybody who's got a heart beat has told us, the National Farmers' Federation and [Agriculture Minister] David Littleproud the backpackers have to stay. "

To make up for the UK backpacker workforce loss, the federal government has introduced a new agriculture visa, which it says will make it easier to get reliable labour from South-East Asian countries.

However, Mr Jackson said the structure of the new visa makes it difficult for smaller producers who only need two or three weeks of intensive labour.

"They have a huge amount of labour in short periods of time, the backpacker style of workforce really fits that peak load beautifully," he said.

NFF workplace relations general manager Ben Rogers said the EU was not expected to request the 88-day work requirement be scrapped of its citizens, however "we are planning for it".

"We've not heard anything, but we are anticipating it," Mr Rogers said.

"The UK deal came out of the blue for us, so we wouldn't be all that surprised."

Mr Rogers said the NFF was aware of the need to ensure the new ag visa was suitable for smaller operations and has begun discussing the issue with the government.

"We don't want to create a visa that is only usefully for corporate farms or labour hire operations, we want access for smaller farmers to get direct employment," Mr Roger said.

"A big part of that will be portability, which is the ability for visa holders to move between farms."

AusVeg spokesman Tyson Cattle said given the precedent set in the UK FTA, he expected the EU to ask for the same deal.

However, Mr Cattle pointed out the 88-day requirement for UK working holiday visas would be scaled back over a couple of years and any EU deal would have a similar transition period.

"In our view, the ag visa was always about reducing reliance on the working-holiday visa," Mr Cattle said.

"The 88 days was never about driving an efficient and reliant workforce. Backpackers will continue to play a big role in horticulture. However, our whole drive for the ag visa was to find more stable, longer-term labour."

Trade Minister Dan Tehan is currently in Europe, where he will meet with ministers from other advanced economies.

Mr Tehan flew to Europe days after holding talks in India, paving the way for an interim trade deal to be signed by the end of the year.

It's hoped the interim deal will be superseded by an FTA with by the end of 2022.