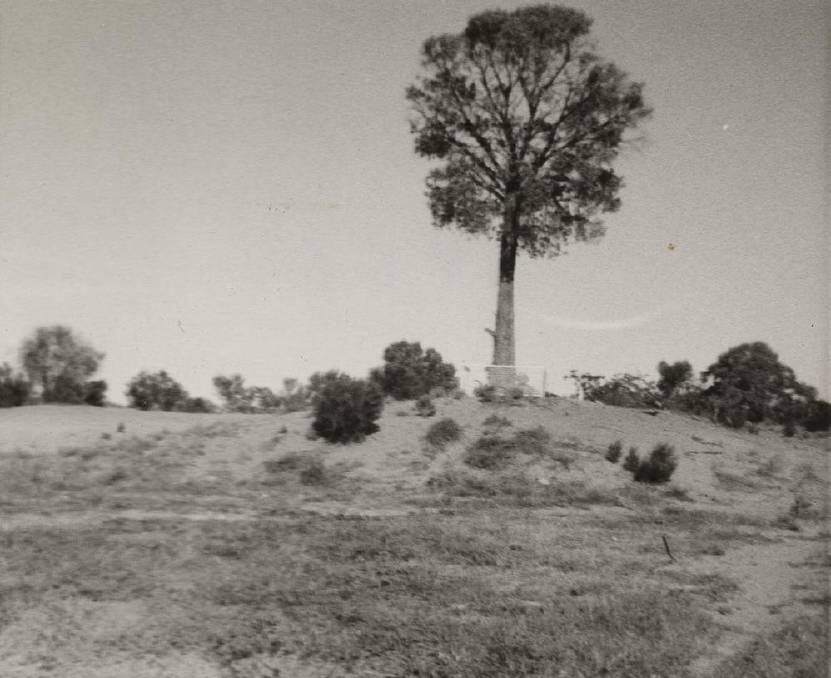 The historical Robber's Tree on the southern outskirts of Cunnamulla has been severely damaged in a storm on Wednesday afternoon. Photo: State Library.

While some rural producers were under some pretty handy rainfall late Wednesday afternoon and overnight, the south west towns of Cunnamulla and Bollon copped a battering in a severe storm with gale force winds.

She said while 12 millimetres of rain was recorded in the gauge, the storm took out a lot of trees, the odd roof was torn off a shed, and one power pole knocked down.

"It was short and sharp and lasted a matter of minutes, the intensity was strong," Mrs Beresford said.

Mrs Beresford said it was unfortunate the storm severely damaged the 'Robber's Tree', which proudly sits on the southern end of town.

The Robber's Tree holds significant historical value to the Cunnamulla locals, as it was where Joseph Wells climbed to hide from police after robbing the local National bank at gunpoint in January 1880.

He had tried to leave the scene on horseback when his horse's bridle broke. In desperation he fled on foot toward the outskirts of the town and climbed the tree to hide.

Mrs Beresford said it was his dog that gave him away.

Joseph Wells went down in history as the last man to be hung in Queensland.

The Robber's Tree was listed on the Queensland Heritage Register on October 21,1992 having satisfied the criteria.

"Sadly the tree has been badly damaged but council will look to restoring it for its historical value," she said. 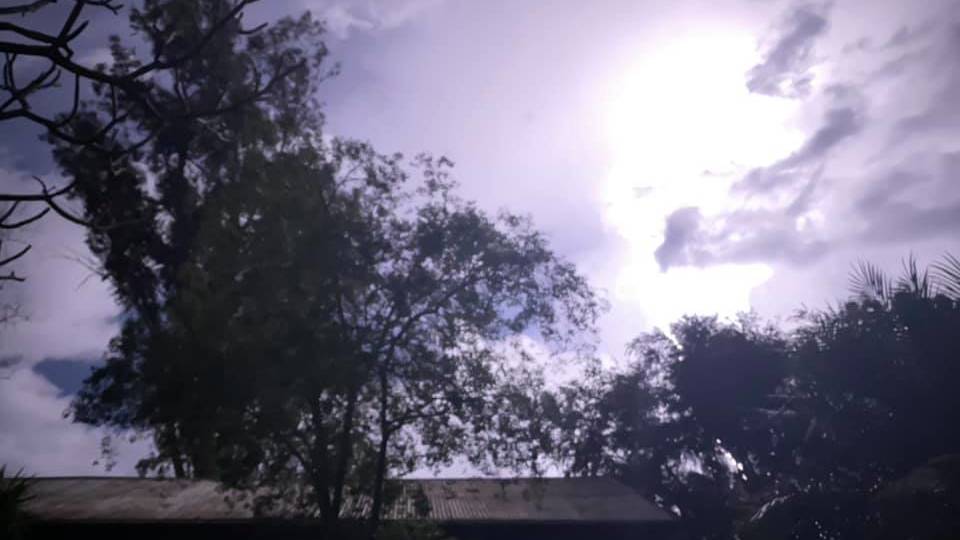 The Bollon Post office has reported on its Facebook page that at least five power poles were taken out and the district has lost power and Ergon crews are now on the ground.

It reported the lightening and thunder was spectacular and "you could feel the energy of the supercell".

While Bollon town escaped hail, some properties in the district didn't and copped a hail storm. 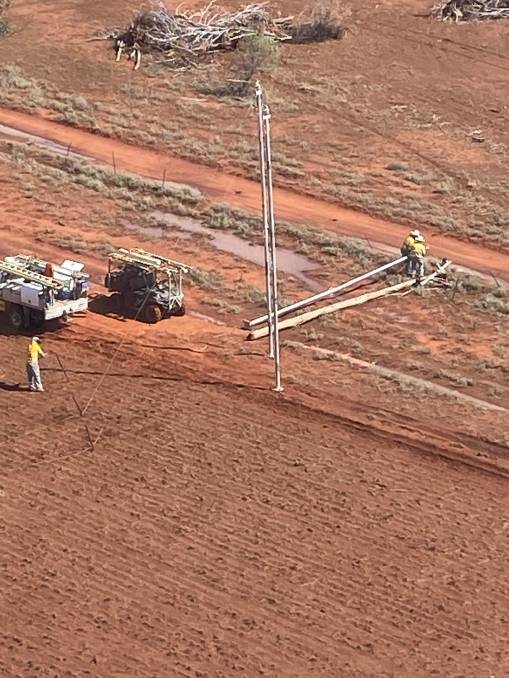 The Bureau of Meteorology again reports widespread showers and scattered thunderstorms across southern central and southeast inland Queensland on Thursday, moving east to the ranges and southeast coast by this evening.

It predicts that the thunderstorms likely severe across parts of central and southeast Queensland today.

The most likely time to see these severe storms about the far southeast is late tonight, and again tomorrow afternoon.

It warns of damaging winds, large hail and heavy rainfall are all possible, with more destructive phenomena possible with supercells.

Daily totals of 10 to 30mm are expected around central and southeastern parts of the state today and tomorrow, with isolated totals of between 60-70mm possible.

Rainfall over the southern and southeast inland may lead to river rises near the NSW border.

BoM predicted a return to more settled conditions this weekend with drier air across the state.