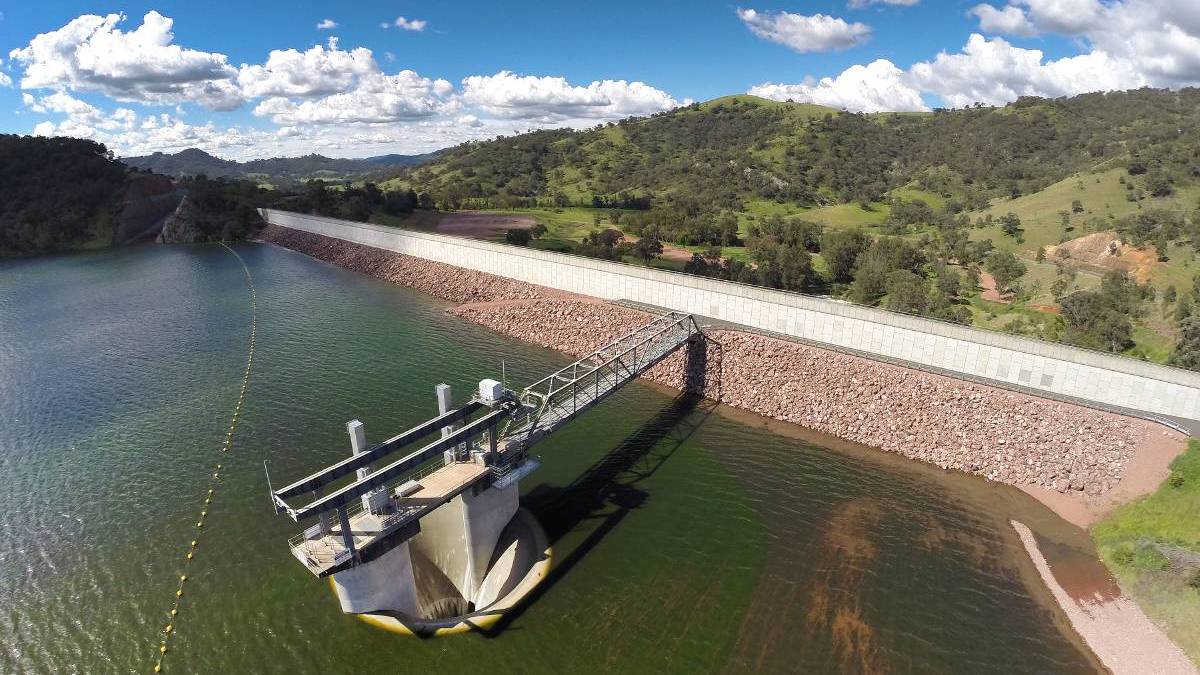 ABUNDANCE: Chaffey Dam, near Tamworth NSW, is one of many dams to hit capacity, with water spills over its glory hole.

Farming bodies are calling for water allocators to "think outside their conservative box", as already full dams begin overflowing.

FARMING bodies are calling for water allocators to "think outside their conservative box", as already full dams begin overflowing.

National Farmers' Federation chief executive Tony Mahar said there 50 to 100mm of rain forecast across the southern basin and many water storages were full, yet general security water allocations were hovering below 50 per cent.

"Growers want to see that rise significantly - they should reasonably expect allocations of 110pc with carryover, so they can plant expansive crops and take advantage of positive seasonal conditions," Mr Mahar said.

"For too long allocations have been delayed, apparently based on a risk averse approach. While there are rules and protocols, irrigators want it recognised that they are taking the risk and want to see a bit more of an adventurous approach to allocations."

In NSW Menindee Lakes, Pindari Dam, Chaffey Dam, Brogo Dam and Burrendong Dam are overflowing, while five Victorian storages are at capacity as the eastern states get their first taste of summer storms.

Mr Mahar said farmers were making decisions now about what crops to plant next season and needed greater surety about allocations than they currently had.

"The time for making planting decisions is now, crops can't be planned based on potential future allocations," he said.

"Crops like rice and cotton and fodder users like dairy will all benefit from greater, and early clarity on their options leading through the spring into summer."

Although they may be following the rules set out for them, those rules were outdated, she said.

"Our argument is, it's time to crack open the black box to look at the evolution of these rules, what effect they've had and amend some rules that are out of date," Ms Miller said.

"Over the past two decades, we've had various water reforms, the Millennium Drought resetting metrics, the environmental water reserve, changes in location, volume and timing of demand above and below the [Barmah] Choke. All these things have an impact."

Allocations were often made on the worst case scenario - "if tomorrow the tap turns off" - rather than the outlook.

Ms Miller said there was "some appetite" for change from regulators and there had been ongoing discussions with the Murray Darling Basin Association during the past 18 months, however there are "yet to be any results".