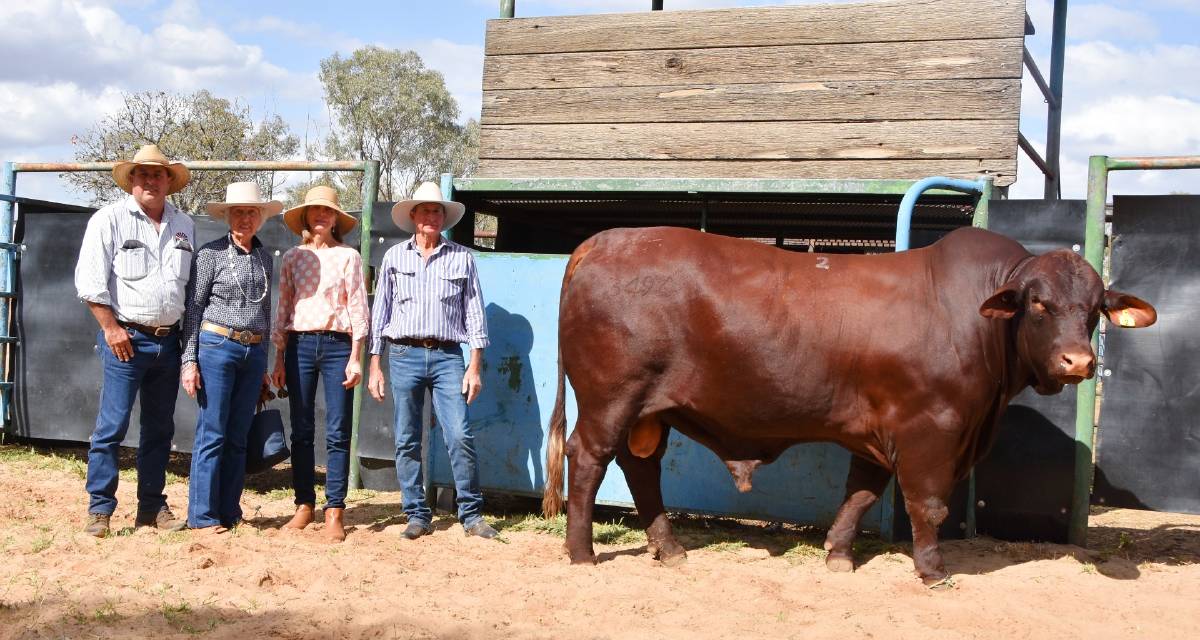 Commercial and stud cattle breeders were drawn to the Gauld family's Moongana invitational bull sale held at Springsure on Tuesday, where Santa Gertrudis bulls sold to a top of $32,500.

Moongana stud principals Cyril and Denise Gauld and family offered their "best draft in years", with 57 registered and herd bulls offered and 49 bulls sold for an 86 per cent clearance and an overall sale average of $11,846.

It was Moongana Ollie 3494 (PP) that attracted the attention of several bidders, which eventually was knocked down by Doris Mckay, Torres Park Grazing, Augathella, for $32,500.

With a scrotal circumference of 38.5cm, he boasted morphology of 83pc. 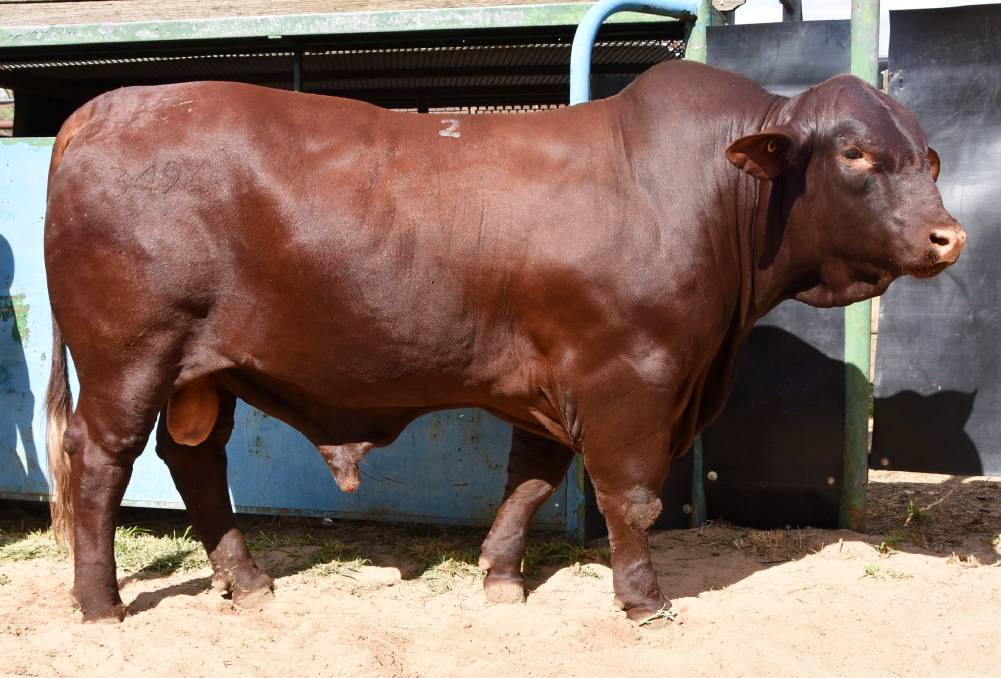 TOP OF THE DRAFT: Homozygous polled bull Moongana Ollie 3494 (PP), was the second heaviest bull to enter the sale ring on the day. Photo: Ben Harden

John Robbins and Jan Clark, Daandine Pastoral Company, Gwambegwine, Taroom. were also on the hunt for new bloodlines for their operation, and purchased the second-top price bull Moongana 3520 (PP) for $27,000.

Scanning 146sq cm for EMA, the sire prospect had P8 and rib fat depths of 14mm and 8mm respectively, IMF percentage of 3.8, and measured 39cm in the scrotum, with 90pc morphology.

The support from return buyers and local pastoral operations was evident on the day, with Beco Pastoral Trust, Lennox Station, Jericho, purchasing five bulls at an average of $8200, while the Zahl family at Avonmore Station at Portwine Road, Alpha, also bought five to average $9800.