There was a boilover as the Mount Isa Country Cups Qualifier was decided by the narrowest of margins. 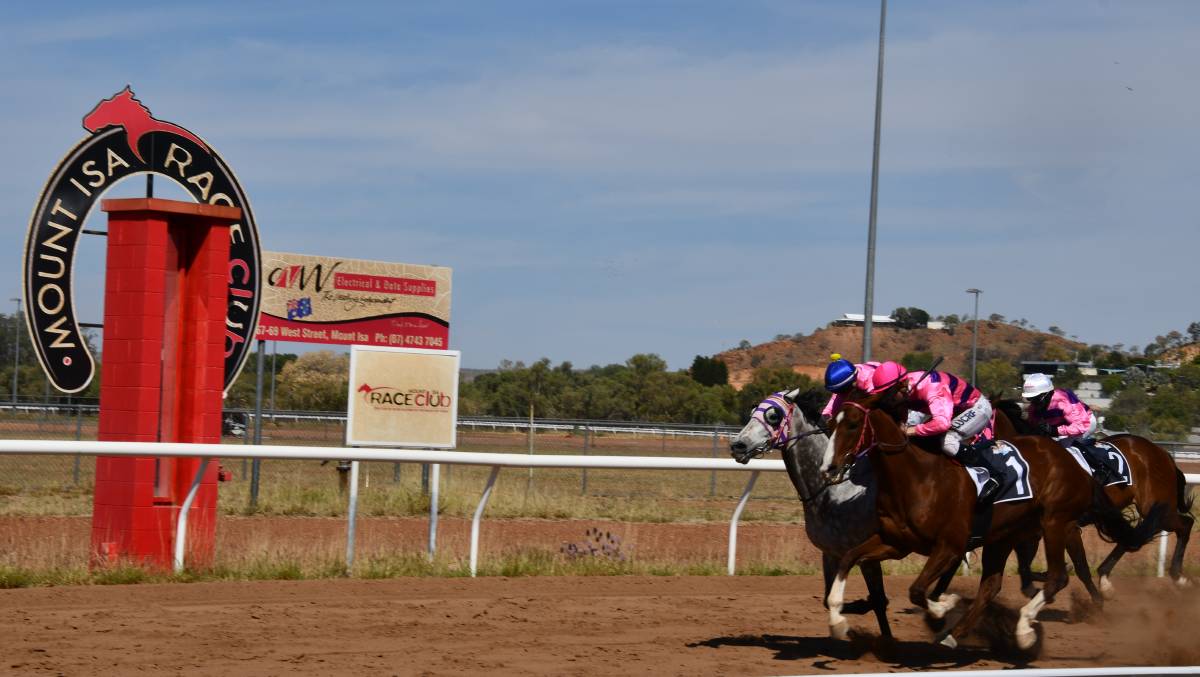 There was a boilover as the Mount Isa Country Cups Qualifier was decided by the narrowest of margins.

The 2020 runner-up Loud Enough with Dan Ballard aboard was $2,20 favourite and expected to go one better this year in the race that doubles as the Mount Isa Spring Cup Open handicap over the 1450m length.

But Jason Babarovich was determined to stop the party and he rode the Steven Royes-trained $8 chance Grand Symphony to victory by just a nose leading Loud Enough to settle for second again.

In Race 1 the Coates Hire Maiden Plate over 1100m there was a win for the Shryn Royes-trained Dalbergia.

Amanda Thomson rode the horse to victory by two lengths from Deep Seeded and El Ranchos.

In Race 2 the Steejo Press Benchmark 50 Handicap over 1000m there was a win for newly crowned hall of famers Denise and Keith Ballard with Keith riding wife Denise's Shivkani to victory by a nose over Cactoblastis with favourite All About Me finishing third.

Race 3 was the first of the qualifiers the Cava Contracting Country Stampede Open Handicap over 1000m.

The champion nine-year-old gelding Wicked Wiki was $2 favourite and came up trumps for jockey Terrence Hill and trainer Tanya Parry to great cheers from the Buchanan Park crowd ahead of Tango Rain by half a length.

The results mean that Grand Symphony and Wicked Wiki have both earned a date at the George Moore Stakes day at Doomben on December 4.

The fashions on the field best dressed man and lady will also attend the day on behalf of Mount Isa Race Club.

In the final race of the day the Cava Lord Derby Stakes QTIS Class 3 Plate over 1200m there was a second victory for the two elder Ballards with Keith riding Denise's Teddy Mercury ($2.35 favourite) to victory by four lengths from Mackeller's Voice and Dunners.

Next racing in the North West is at Richmond on Saturday, October 2 followed by the TAB meet at the Cloncurry Cup on Friday, October 8.

Want weekly news highlights delivered to your inbox? Sign up to the North Queensland Register newsletter below.