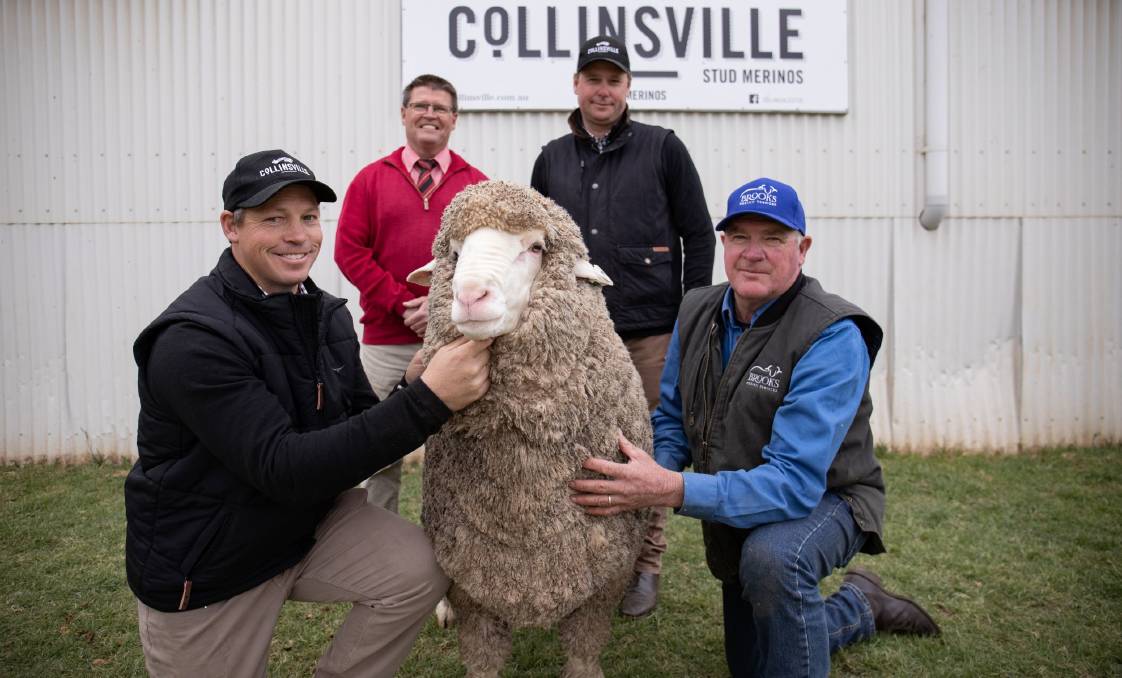 In a SA ram selling season of sensational heights, Collinsville stud, Hallett, has soared past them all posting an Australian on-property Merino record of $88,000.

Elders SA stud stock auctioneer Tony Wetherall introduced the 21.9 micron Poll Merino, Imperial 200033, at Tuesday's sale as "one of the top rams for the season" and it proved so.

There has been a strong following for the embryo-transfer bred ram among those who had seen it at the Northern SA Merino Expo at Jamestown and Mid North Inspection Day, but in the end it was two NSW studs Lach River, Darby Falls and Westray, Peak Hill, who won the bidding battle.

The underbidder was a WA stud.

There has been a lot of work involved to breed the rams we sell on sale day so it is a nice reward to have confirmation we are heading in the right direction. - George Millington, Collinsville stud principal

"If makes you wonder though if people had of been able to get here and look what it would have been, I reckon he would easily have made $100,000 or more."

"He stands pretty proud like a stud sire and is so well-balanced and whether you look at his wool, his carcase or his eye muscle they are all the attributes the industry is looking for."

Collinsville general manager Tim Dalla said they had always "thought very highly" of the 137 kilogram ram which was a son of Imperial 615 (which the stud had sold for $62,000) and out of a Star Affair ewe.

"He has outstanding structure, excellent wool quality and very heavy cutting, he was the highest cutting in our whole shed team of 44 rams," he said.

"We were going to keep him as a stud reserve but then had some interest so decided to put him up for sale and will use him by AI in our flock."

The May 2020 drop had a huge greasy fleece weight of 162 percentage in comparison to the other sale rams. 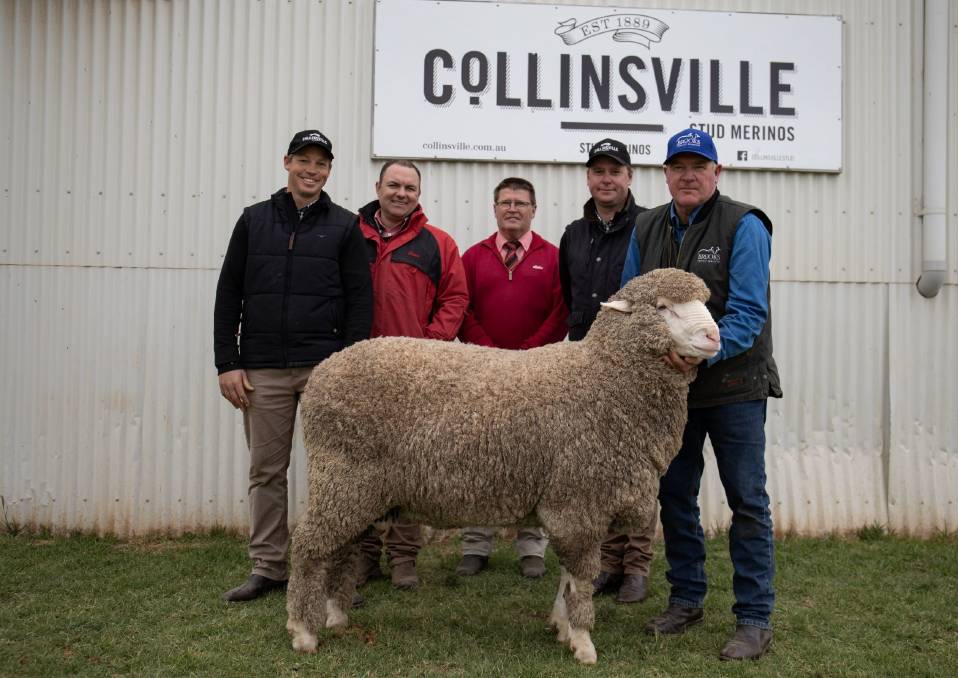 Imperial 33's wool test included a standard deviation of 2.9, coefficient of variation of 13.2 per cent and comfort factor of 99.6pc.

Collinsville stud principal George Millington, who bought the iconic stud seven years ago, said the sale result was "great justification of the direction of their breeding program".

"There has been a lot of work involved to breed the rams we sell on sale day so it is a nice reward to have confirmation we are heading in the right direction," he said.

"We have always been about breeding profitable Merino sheep, at the end of the day if our customers are not making money we don't have a business."

Mr Millington said it had been difficult this year with interstate studs not being able to visually inspect the rams due to border restrictions but he was thrilled 22 studs operated on their stud lots, including 12 from SA.

"Having the sale at the end of the selling season gave other (SA) studs a chance to be here and it was great to see the confidence stud businesses showed seucring our rams to improve the genetics of their flocks," he said.