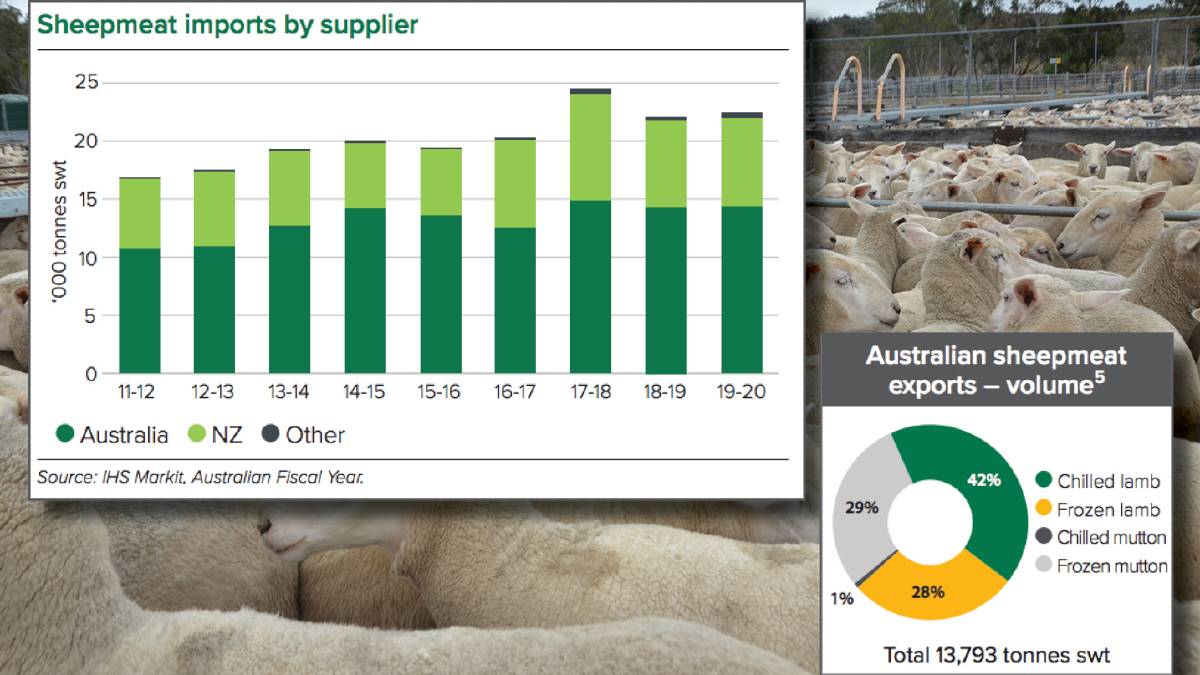 Australian lamb, in particular branded lamb, is increasingly becoming part of Japanese food culture and driving its popularity is its affordability compared to other meats.

And while lamb consumption in Japan remains skewed towards the northern island of Hokkaido, consumers in less traditional areas like Tokyo and Osaka are showing interest in retail lamb for home consumption.

According to Meat and Livestock Australia (MLA) more restaurants are putting lamb on their menus with demand shifting from other meats because of lamb's point of difference and higher value dishes.

And increasingly, more adventurous consumers are showing interest in lamb for home preparation who are tired of the same chicken and pork repertoire.

On top of this, its low-fat, high-iron content compared to beef and pork is also winning taste buds in the younger generations.

But Japan has had a previous lamb boom.

Japanese meat producers started importing lamb as an alternative to beef in 2003, following the outbreak of mad cow disease in the US In 2005.

However, lamb consumption declined rapidly thereafter and remained stagnant for the next decade.

Lamb, mutton top of the tastes for the US

"And whilst small in market share in Japan, lamb's popularity is increasing in young people seeking great taste and slightly 'out of ordinary' experiences.

"Key occasions for which lamb is consumed include barbecues or picnics, particularly during the warmer months."

He said although MLA has been marketing Australian lamb under the 'True Aussie' brand, there are several Australian individual brands marketed in Japan, each promoting high quality, product integrity and provenance.

"Each have a point of difference and are communicated by individual brands, such as the breed or raising claim like grain fed," he said.

"Other fast growing opportunities for branded lamb products in markets where category development is occurring alongside individual brand development are South Korea, Taiwan and Canada."

"These are markets with a significant affluent consumer base with high meat consumption levels, but with less familiarity with lamb."

He said opportunities for premium branded lamb are also emerging in China, one of Australia's largest export markets, but face restricted market access with only one Australian plant currently approved to export chilled lamb.

Korea is also a strong market with exports to Korea growing from only 4500 tonnes shipped weight (swt) in the 2014 fiscal year to 15,500 tonnes in the 2021 fiscal year - an impressive 246pc growth in seven years.

The story Taste grows for lamb in Japan first appeared on Farm Online.