Emerald's Angela Simpson is in the best form of her career. 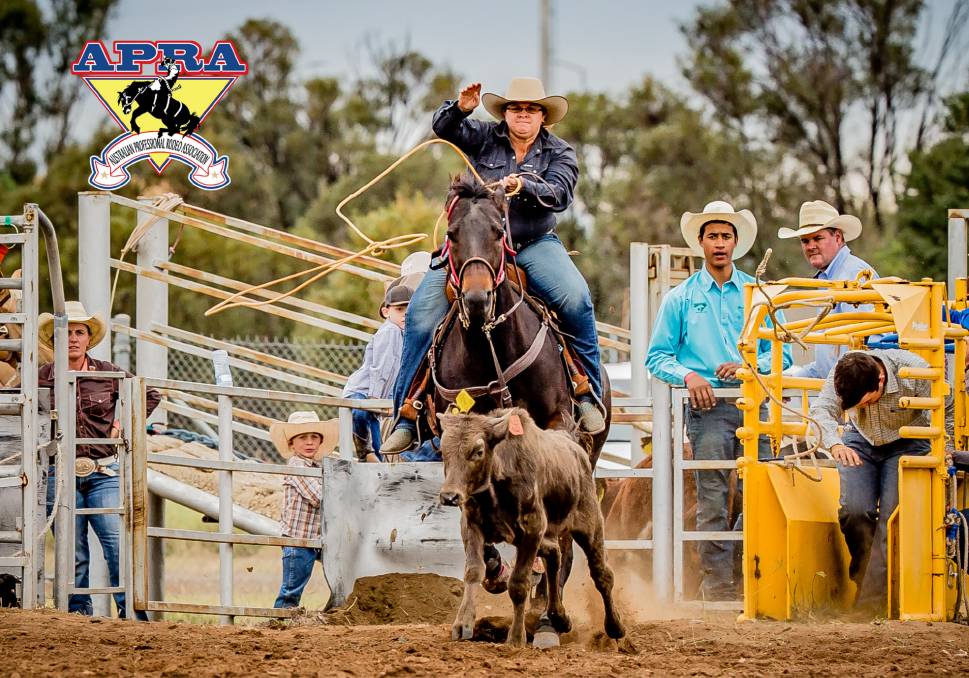 EMERALD rider Angela Simpson is in the best form of her career as she heads to the Comet Rodeo in Central Queensland on Saturday.

She has competed for the past three decades after starting as a junior. Angela works in administration for a transport company in Emerald and took three weeks off work to compete at Richmond, Cloncurry, Mt Isa and Townsville rodeos.

She won the two rounds of the breakaway roping at the North Queensland Elite Rodeo in Townsville with times of 2.05 seconds and 2.15 and also won the average.

"My wins at Townsville were the best performance of my career," she said.

She competed in the richest rodeo in Australia at Mt Isa in August and was first in round 1, fourth in the final and fourth in the average.

Her best performance at Mt Isa was in 2018 when she was second in the average.

When at home at Emerald, Angela practises three times a week on cattle or a dummy which she used a lot while on the road during the Northern Run in North Queensland.

She will compete in a second event at Yeppoon, team roping, in combination with her brother Karl.

"He is just getting back into rodeo after four or five years off. We have had a few catches but haven't been fast enough to record a place," she said.

Angela will head to Comet with her 13-year-old breakaway roping horse Tuff and Delta for team roping.

Karl will compete on Snip at Comet. He has also nominated for the rope and tie.

The Capella Rodeo a fortnight ago was the last of the current Australian Professional Rodeo Association season and all riders in the top 15 will now qualify for the Ariat National Finals Warwick Rodeo on October 27-31.

Angela has qualified for one national final rodeo at the Gold Coast and in 2019 in Warwick when she rode Micky. She has again made this year's national finals in breakaway roping.

She competed in barrel racing in her twenties but is now specialising in roping.

There are 261 nominations for the Comet Rodeo, including 33 In breakaway roping and 36 in the ladies' barrel race.

In the saddle bronc, there are 18 nominations with two of the favourites Tom Webster from Injune and Kelso cowboy Jordan Iker.

The winners at St Brendan's College Rodeo last weekend and this Saturday at Comet will be the early leaders in standings for the new APRA season.