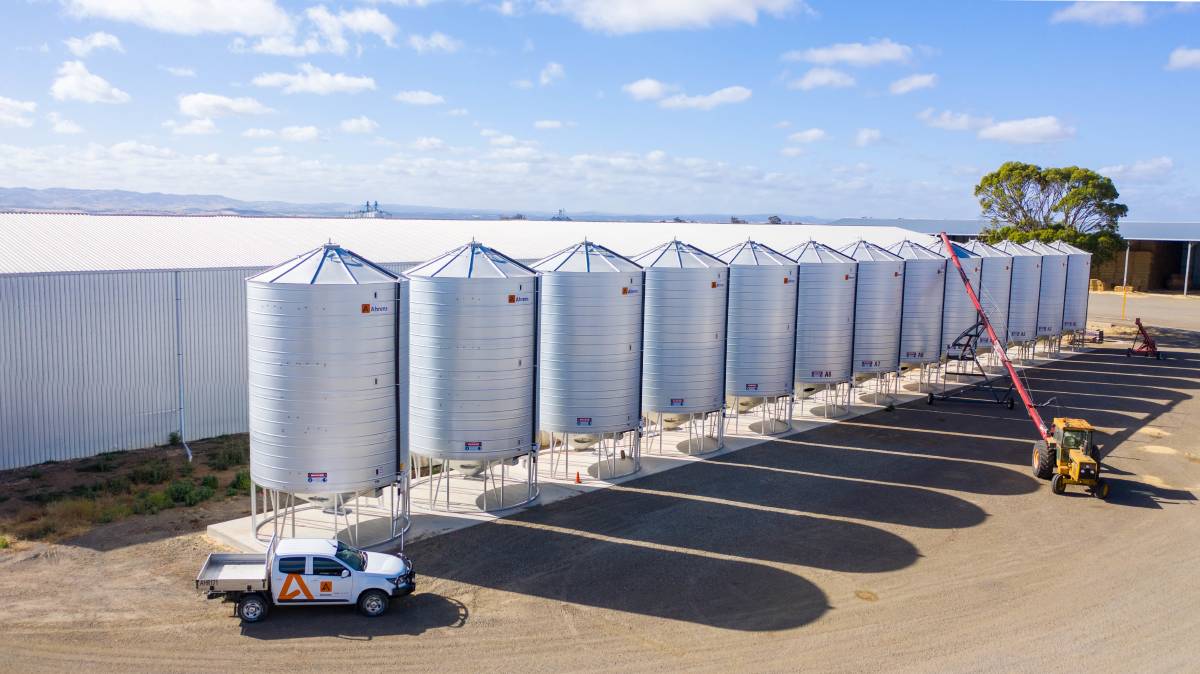 Ahrens Rural group general manager Aaron Bain says farmers are increasing on-farm storage so they can market and sell their grain when they want, to get a premium for their product.

Farmers are investing in a variety of steel products including silos, cattle crushes and yards.

Demand for Australian made agricultural steel products is on the rise in spite of high global prices for the raw commodity.

Silo sales across the country are the best they've ever been, according to Ahrens Rural group general manager Aaron Bain.

The silo and shed manufacturer's headquarters is in Kingsford, South Australia, and it operates factories and offices across the country.

Mr Bain said with the early rain, there were strong prospects for a good season and multiple good seasons to follow.

As a result, farmers were looking to maximise on-farm storage options and Ahrens was producing an increased amount of larger storage.

He said the mindset was changing and farmers were now planning ahead for the 2022 harvest.

"Our Victorian factory is booked out until June next year," Mr Bain said.

"Our other three factories are booked out until the end of this year and into early next year.

Mr Bain said steel prices were the highest they had ever been and were still climbing.

"It's a volatile market and our procurement teams have got to stay in front of the curve to ensure we are giving farmers the best value for money," Mr Bain said.

"We're purchasing as good as we can and as much as we can at the time."

Waratah is Australia's only vertically integrated fencing company, with the 137-year-old business supplying the iron ore right through to the finished product.

"Iron ore is mined at Whyalla in South Australia and it's turned into billet at the SA steel mill," Mr Byrnes said.

"Whereas if you are talking about post products, those billets are manufactured in an electric arc furnace in Sydney, then rolled into Y-bar, then shipped to Newcastle where they are cut, punched, coated and shipped out to resellers for sales through to the farmer."

The price of steel increase has certainly been less than the price of the commodity that the steel supports. - Murray Schaefer

The company has been operating for 16 years and produces cattle crushes and yards at its two factories in Rutherford, NSW.

Mr Schaefer said they only use Australian steel to build their products and source from Orrcon Steel and InfraBuild.

"Over the last five or six years the price of steel has remained fairly static," he said.

"It has gone up 50 per cent in the last six months but it puts it back to historical levels if you compare it to CPI.

"The price of steel increase has certainly been less than the price of the commodity that the steel supports."

Mr Schaefer said due to their strong brand name, business had not been impacted by the widespread cancellation of field days.

"Last year was a good year that gave farmers breathing space; this year they'll be spending on some capital improvements after a catch-up from the negative impacts on cashflow from the drought, but this year a lot of farmers will be spending," he said.

"Because I've been in the game for so long, I fore-planned the looming shortage of steel and I pre-ordered about 200 tonne, which has meant that we have not had a steel shortage at this stage."