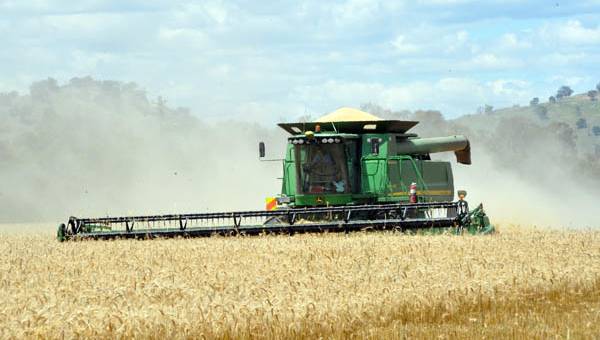 September has arrived and the countdown to the Queensland wheat and barley harvest is under way.

After a cold front and associated trough resulted in widespread rain across Victoria and NSW late last week, weather will turn drier and warmer. Overall, temperatures will climb to the mid to high 20s by the middle of the week. The absence excessive heat is conducive for crops to maximise available soil moisture as they mature in the coming weeks.

National winter grain production expectations were bolstered by last week's rain across NSW and Victoria. Victoria received a general 15-20mm on Thursday and Friday to the relief of farmers after below average winter rainfall across large areas of the state. NSW received a general 15-25mm across the state's cropping areas, putting them on track for another season of well above average yields. Falls were disappointing in SA where farmers are anxious for rain.

WA farmers are also keen to see rain after a drier than normal August. Farmers are saying yield potential is well above average, but crops are looking for rain to fully capitalise of the strong start to the season.

Australia exported 1.95 million tonnes of wheat in July, down from the 2.78mt shipped in June, according to recently released ABS trade data. Indonesia was the largest wheat export destination taking around 670,000 tonnes, down from about 800,000t in June.

Australia's wheat exports into Indonesia and other Asian destinations have kicked in recent months as they find it difficult to secure supplies from Black Sea countries.

Newswires are reporting that Asian wheat buyers are struggling to buy the intended volumes from Russia and Ukraine. Russian wheat farmers are holding back on wheat sales in the hope the government may relax the hefty export taxes currently in place later in the season. Russia's government introduced export taxes on a grain exports to curb spiralling food inflation. The variable export tax system currently means that exporters must pay upwards of $US35 a tonne.

Russia's export tax is good news for Australian grain farmers as it stifles wheat flows from world's largest exporter, putting upward pressure on global prices, as well as pushing demand to other countries, like Australia.